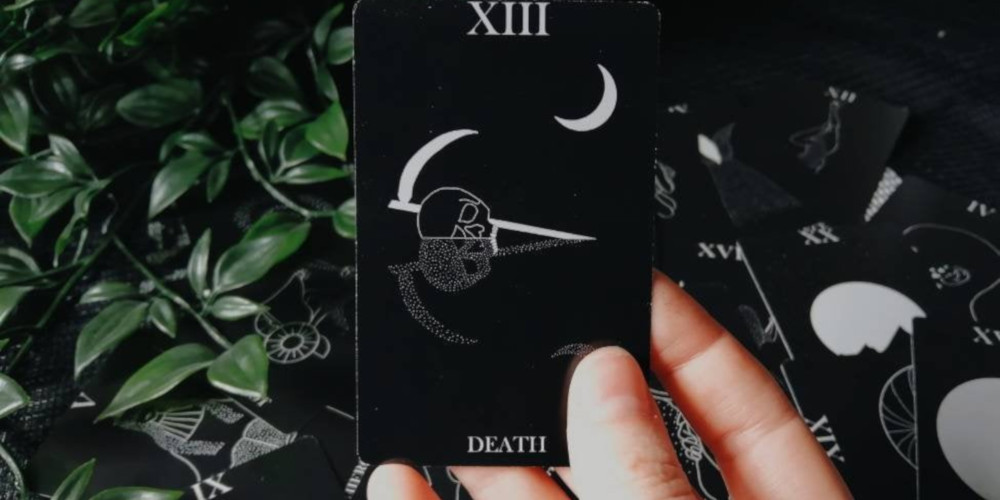 Tarot decks come in many variations, these days. Some scary, some modern, some funny and some trying to capture their own unique vision of what Tarot means, while retaining the original import of the cards in the deck.

Perhaps because we live in a world where everything can be made-to-measure, we also want our Tarot cards made to fit our specific needs, moods and personal tastes.

From a Tarot reader’s point of view – having almost thirty years’ experience in the field – I find it interesting and exciting that so much is being done with Tarot decks. The variety of unique designs reaffirms what I have believed for many years; that Tarot means different things to different people.

The choice of Tarot deck can say a lot about the person who is making the choice. So let’s look at what I call “10 Weird Tarot Decks”. What’s your favorite, and what might your preference say about YOU?

With the rise in interest in the living dead (through popular films and tv series like The Walking Dead), it was only a matter of time before someone came up with this deck. But however entertaining these cards may be, they do not reflect the true meaning of Tarot, as the cards are about the journey of life – not death. Nonetheless, the deck will be attractive to some people, and as long as it takes them on the correct journey, that’s OK.

With Lord Of The Rings bringing us into the realm of the magic of elves, dwarfs and hobbits, why not introduce a Tarot deck that reflects a similar world? I have to admit to liking the artwork on these as they bring me back to the fairy stories of childhood, when magic was there to be believed. In all of us, there is a hidden inner child that never grows up. These cards can help you reconnect with that innocent self.

Well, you are not going to sit there and worry yourself about the outcome of a Tarot spread if you see Harry Potter or Charlie Brown falling to the table! From a comforting and cozy point of view, I do like these. Tarot should always leave you with a comforting feeling, and if you can get a giggle out of it on the way, why not? That said, I personally wouldn’t use them: I am old enough to take the light with the dark.

Beautifully-illustrated cards in light, almost pastel, colors that draw you into a medieval state of mind. Here, Tarot appears to be portrayed as something to be feared: images of skulls, bones, death-masks and not a lot of happy faces. While drawn to them, my personal preference (in contrast to the previous deck mentioned) would be to err on the lighter side of life. However, I can see how some people would find them very engaging: they are very easy on the eye.

Well, as you might expect, you won’t find a lot of happy faces on the cards of Ghosts, Ghouls and Goblins. This deck is exactly what it says it is. You only have to mention Halloween, and you can picture what this deck portrays. But if it is that time of year, and you want to give someone a little scare, well then maybe it’s the deck for you. Certainly the one you want for the Halloween party.

This deck features dark, shadowy figures lit by moonlight and candles. Looking at it brings up a sense of a dream world – but it’s not a dream world I would like to part of. It’s all very well to encourage dark, mystical feelings, but my preference is for something that brings you from shadows into light. Not for me then, even if I do love the art work.

This deck is kind of cute and scary at the same time. It portrays some appealing characters with cute doll-like features, while at the same time has scary, almost horror-film representations of dolls. Overall, it gives you a feelgood vibe, and I am personally all for that. I would have to say I would buy them for entertainment purposes.

Now these ones could keep you awake at night with their images of red-eyed zombie- like baby dolls. Yep they have taken cute and cuddly and made it as scary as hell! If you are the type of Tarot reader who likes to unsettle people a little, then maybe these are the cards for you. Yes, I would use them,but for entertainment purposes only.

Breathtakingly beautiful artwork. Being Gothic they may be too overbearingly dark for some people, but to the Goths among us, they no doubt appear enriching. Most of this fraternity I know have a good understanding of the working of Tarot, so I have no doubt this deck would be a big seller in their circles. I could even be tempted to try them myself. The beauty of Tarot is that ir allows for artistic expression that suits individual tastes.

(10) Eternal Tarot (from the Aeclectic range)

With Egyptian characters showing on the cards. I quiet like these. We all know that the ancient Egyptians believed in a hereafter and an eternal life. Almost all the psychics I know will understand the connection to spirituality and the ancient Egyptians, so for me these cards hold a special meaning. Having been to Egypt I may be a little biased in my admiration, but I would buy them and quite happily use them.

How Would You Evaluate Your Relationship?