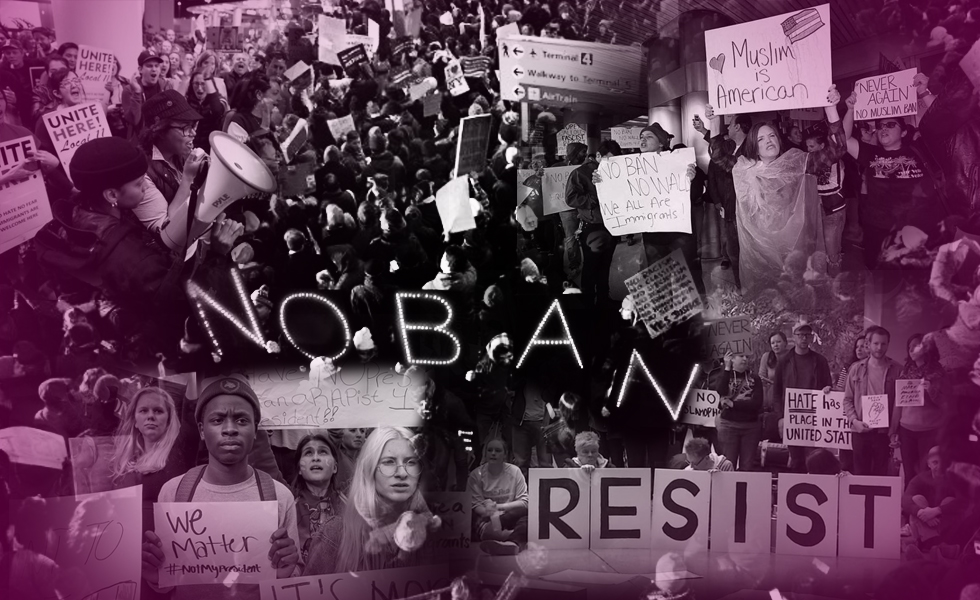 Last weekend was another interesting one, in terms of politics. Major US airports became crowded with angry protesters, who are against Trump`s immigration policy. People arrived early, settling in for a long weekend. And, just like the Woman`s March, this had a major effect, too.

Airports were crowded with people carrying signs. Opinions still vary among US citizens regarding the immigration policy. Some say that it is `cruel`, while others claim there should be more countries on the list. Families are torn, while others fear for their safety. Is there a solution, that would keep everyone safe and happy? Remember, what`s good for one, is not necessarily good for the other.

And this is not the first time that people didn’t agree with the President`s decisions, nor is it the last one. Yet the events of the past weeks make people think. Even those who decided not to attend. Just like those families, US is torn, too. There hasn`t been so much hate, hopelessness, and confusion for a long time.

Maybe even more people have attended these protests than Trump`s inauguration ceremony. Which might not be too far from the truth, as this protest wasn`t confined to airports only. Battery Park in Manhattan accommodated approximately 10,000 people. Some say that this is only the beginning. Is it possible that things can still work out for the best? Are opinions divided only because this was a radical decision, or is there something else behind it?

Let`s consult the cards to see how can we find a solution.

Five of Pentacles: Insecurity and worry are the key feelings evokes by this card. People try to seek comfort and support wherever they hope they will find it. They have suffered a spiritual loss, which isn`t easy to get over. But it isn`t impossible, either, as the solution is deep within their own minds. If you can`t change something, try to change your attitude towards it.

King of Cups: People need to control their emotions, for their own sake. This card reminds us that with a balanced state of mind, we can achieve more. Act out of love, and you shall be rewarded. There is a lot of negative energy circulating at the moment. However, staying positive and loving can help make it vanish. Don`t give up hope!

The Hierophant: Maintaining old beliefs is what this card remind us about. Bringing in the `new` can cause concern, especially if you resist change. On the other hand, if something has been working for a long time, you find it logical to maintain. Change isn`t necessarily bad. Try to learn everything you can about it, and then make a decision. Love, balance, patience and learning will help get us through these difficult times.