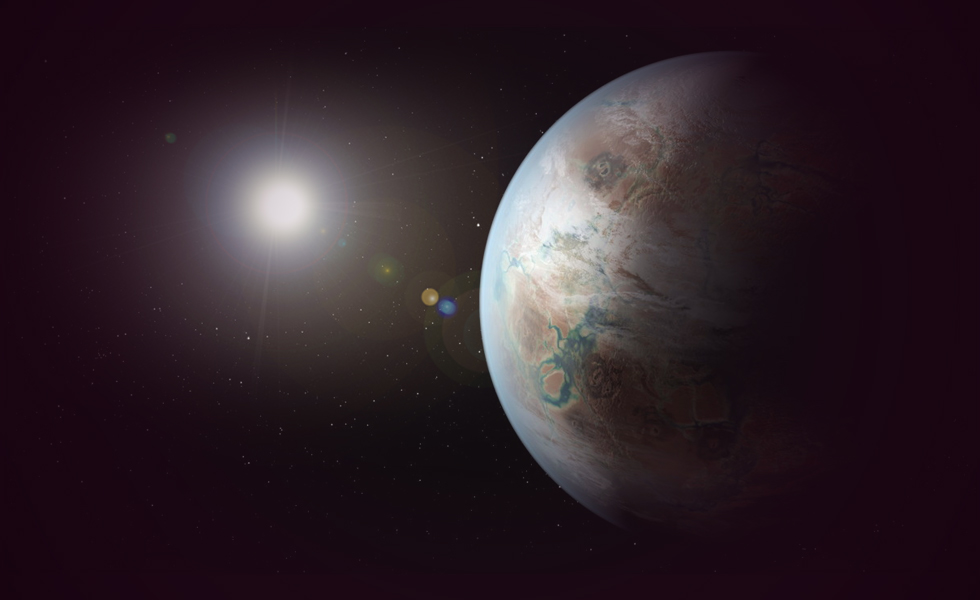 Do Aliens really exist near Mars?

Are aliens real and if they are, then do they really live on Mars? There are several theories surrounding the ‘myth’ of alien species. Of course, one needs to define what alien is in the first place. If we mean small, grey, black-eyed creatures flying in a saucer, well, probably not. If we mean another type of living organisms, then the answer is more complex.

NASA has put a lot of money, time, and resources into getting to the bottom of the alien ‘issue’. We might not be that far away from the real answer. News coming from Dwarf Planet Ceres suggest that there could be life outside of Earth.

The Dawn Spacecraft has spotted organic molecules and iced water beneath the surface. The two elements that are the basic ‘ingredients’ of life. What’s more shocking is that they seem to be originated from there. However, according to scientists, even if there is any life out there, it would be primitive. So, no, unfortunately for those who were waiting to hear about aliens, the answer is still no. A highly developed species is very unlikely – as per our current knowledge. Then again, once we believed that the World was flat and that we could fall off its ‘edge’.

However, there is still ‘good’ news. In just 100 years we might as well be able to find out for ourselves. The United Arab Emirates have a plan that will supposedly bring human life to Mars. The 2117 project is in its initial stage, however, the aim is high. A city on Mars? Well, why not?

We already know that UAE is capable of performing ‘miracles’. Their landscapes might only show a deserted land now, but then Dubai wasn’t always there, either, was it? Scientists say that these planets are a lot like Earth, in many ways. Is living there really possible? Let’s find out what the cards say.

Ten of Pentacles:
Despite the setbacks along the way, success can be achieved. It won’t be easy (or quick), but this card suggests that we might one day start a new ‘Martian’ lifestyle.

Three of Cups:
This represents the harmonious working relationship between scientists. They are working towards a common goal and can add something extra to the project. Their cooperation is crucial to achieve success.

Eight of Pentacles:
This card is the symbol of apprenticeship. We are still novices when it comes to space travel. Maybe 100 more years is what we need to learn and become a master.