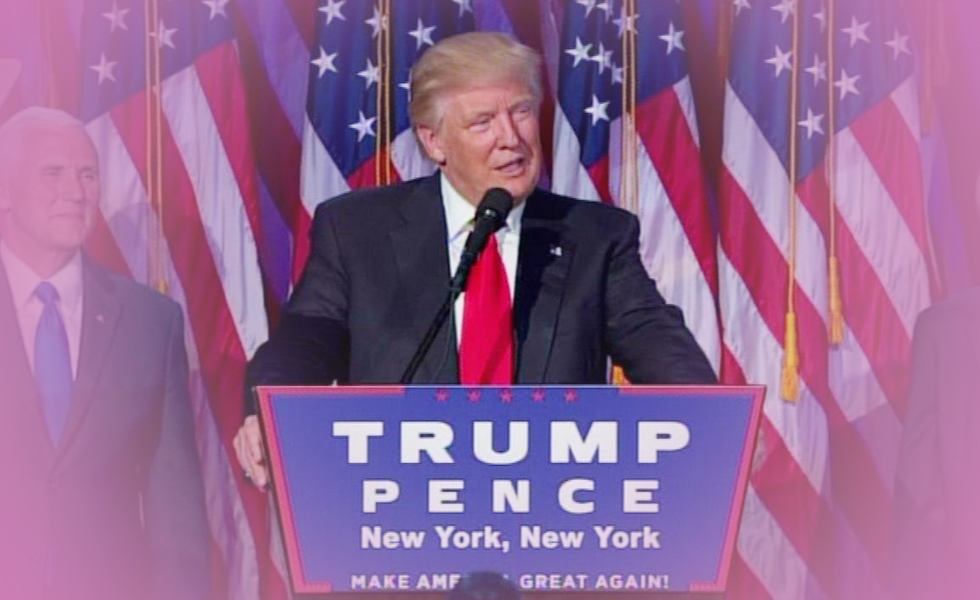 Has America played her “Trump” card?

Like it or not, Donald Trump is now the president of the United States of America. There are mixed reactions across the nation and the world. Everyone are wondering what this will mean for Americans of all walks of life. Trump took a very strong stance on immigration, and it seemed to please a lot of Americans and displease others. But we must remember that most Americans today are the grandchildren of such people. Mexico and America have been intertwined since the very first days.

The American women were among the first to leave the kitchens to follow careers and be accepted, yet Trump has displeased women on an international scale through his comments. America is made of mixed religions of all types. There is no colour or tone of skin that defines Americans. What makes America great is her diversity and her acceptance of this. Yet Donald Trump made it very clear, that this is going to change. What does the future hold for America with this new world order? Or will it come to pass?

Let’s Read for America, and see how this fine majestic Lady will respond while under such a strong international gaze

The Chariot Card
This is the battle between good and bad. Holding onto the reins while trying to please all. The uncertainty in this card is that it hangs in the balance. It can go either way. What the driver of the chariot must remember is that it is the destination which is important. The driver needs to arrive safely. But the horses that are taking you there are not unbreakable. The Driver must mix determination with respect if he is to achieve his goal.

The Fool Card
This card talks about stepping off a cliff into the unknown. This is a radical new approach to things by Americans. They took a leap of faith and took a step towards a goal, without checking to see if the ground below their feet was solid. A hungry man will go for food regardless of what stands in his way. He won’t stop to evaluate the dangers that are around him. America was in need and the people responded to what they heard and what they felt was needed.

The Ten of Swords
There is a great potential here for unrest. Swords spell friction and aggression. If Donald Trump follows his election promises, there will be a time of great civil unrest across America. There is no good side to what this can bring. It is pure aggression. Those with the power will not feel it’s effects only it’s gains. But those at the receiving end will feel it totally. It’s important that America draws from her lessons in the past to build a future based on her constitution, not ego.

I would have wished for three better cards. But as with all selections, there is a great deal of uncertainty flowing through America today. Some are happy, some are not, and some are afraid. The vote has been taken, now America must move on with the task of running her day to day business.

The year ahead is a very unstable one, as trust needs to be built on an enormous scale. The world watched this election race like no other. A lot of what Donald Trump said angered a lot of people on the global front. This trust will need to be rebuilt, both inside and out of America. I have a strong feeling around the month of March of 2017, where there appears to be a breakdown in communication this could lead to some civil unrest. The Mexican issue is highlighted here. I feel a handshake would solve more issues than a wall, be it a brick wall one or a paper wall. We must wait and see.

Major points for the year ahead are:

I pray that once in office some of his views will change. We can revisit this again, but until then.

Donald TrumpPresidential Election
Previous ArticleGal Gadot ’s wonderful news…Next ArticleWhat has Tracey Morgan got to say to the driver who hit him?