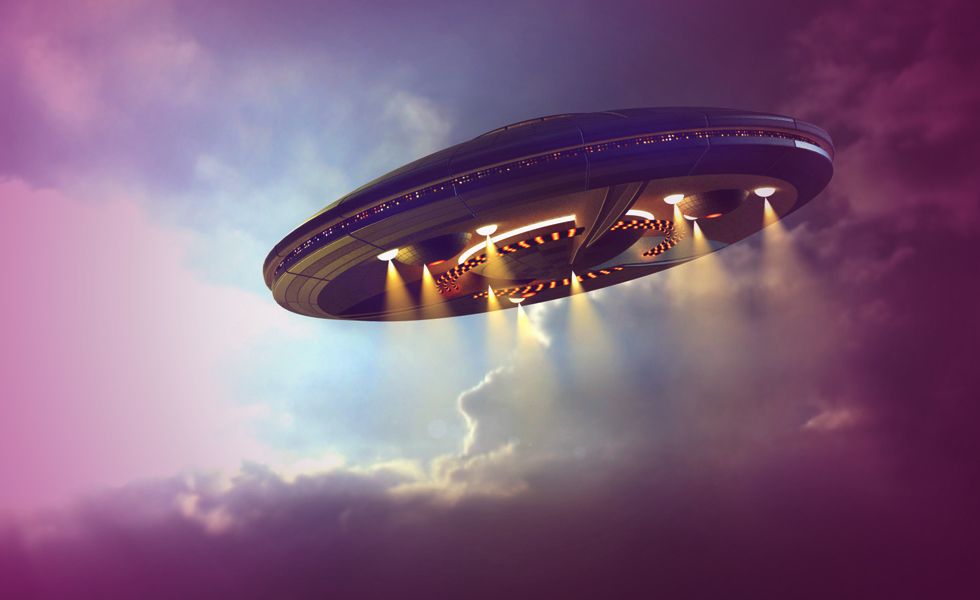 Now here is an offer that makes perfect sense. We got lots of blurry pictures taken day or night, blinking lights, circular crafts zooming through the skies and then disappearing in a blink. And then, of course, there is the Area 51 rumor that says our government made a deal with the “Greys” to kidnap random good ole American folk and experiment on them to save their species. No big deal, right? And in return, a trade of technology which have all of us scratching our heads that in just a 50-year span, we have made ridiculous tech advancements over the previous 200 years of inventions, military, space and air power. Supporting the questions raised about the Air Force black stealth fighters that seem to resemble very closely the UFO’s reported in the 50’s and 60’s. But then again, just rumors…right? Well, finally we now have a UFO enthusiast that is willing to put his money where his search is. Find him tangible proof (like inviting an actual alien to dinner?) that UFO’s really exist.

American UFO hunter James Fox is offering $100,000 to anyone who can give him credible evidence of extraterrestrial activity on Earth. The proposal is perhaps not as crazy as it seems. It comes in the same week that the spacecraft Cassini ends its groundbreaking 20-year mission that recently discovered the Saturnal moon Enceladus, that had an ocean and potential hydrothermal activity, the key building blocks for life. However, Fox’s quest is to get proof that alien life made it to Earth. That quest has now come to Australia. In particular, he is appealing to government officials who might have documentary or photographic evidence but fearful of going public because of either the stigma or official repercussions

“We’re trying to get government officials to come forward and not say ‘Hey, ET has landed’ but there have been events (witnessed) by extremely credible observers of relatively incredible things and we have yet to explain or be able to explain these and to sort of acknowledge some of these incredible events in an official capacity,” he informed News.com.au. “Coupling along with that, we know through interviews with some of the military men and women we met with, that there are bits of evidence, whether it be radar or some photographs of landing gear, that sort of thing, that have never seen the light of day. And we are encouraging any military or government officials with some of these materials a rather large sum of money, $100,000 and possibly more if they are willing to come forward.” So far, very few articles so far received make the cut even for analysis. “We’ve got lots of compelling photographs but nothing where our jaw hit the floor.” “It would have to be coupled with a piece of pretty substantial evidence. If there was a photograph of the object on the ground, a photograph of the object in the air, if there was a government document, irrefutable, confirming that, that would certainly be considered something that was bona fide,” he says. “He said that the phenomena cannot be explained away or all of it. That it merits further investigation and that other people should take it more seriously.” He is offering complete anonymity and even encourages people to contact him via the post lest electronic communications get intercepted.

Just like all the “unexplainable mysteries” with hazy pictures and great campfire stories, the proof is something you can actually see and better yet hold. Lots of pictures and items have come under unexplainable because well….duh!..it is unexplainable! They say money talks when bullshit walks, so maybe someone will step forward to take the dough and give Fox his ultimate dream. Proof that aliens have really visited us.

Princess of Swords: Inverted (Upside Down)
Youthful and curious energy with new creative thoughts. Since this card is pulled inverted, I would say it indicates Fox’s UFO curiosity goes beyond a creative project and is an obsession.

Ten of Cups: Inverted
Emotional dream coming true. Pulled inverted I will make a guess the energy behind this card is…”be careful of what you ask for.” You never know what advanced race or even our own government will put into play if you get too close to the truth. Just saying!

The Chariot:
Overcoming fears of the future and moving forward. As I mentioned above, this is an obsession with Fox so he is going for it regardless of any threats or risks.