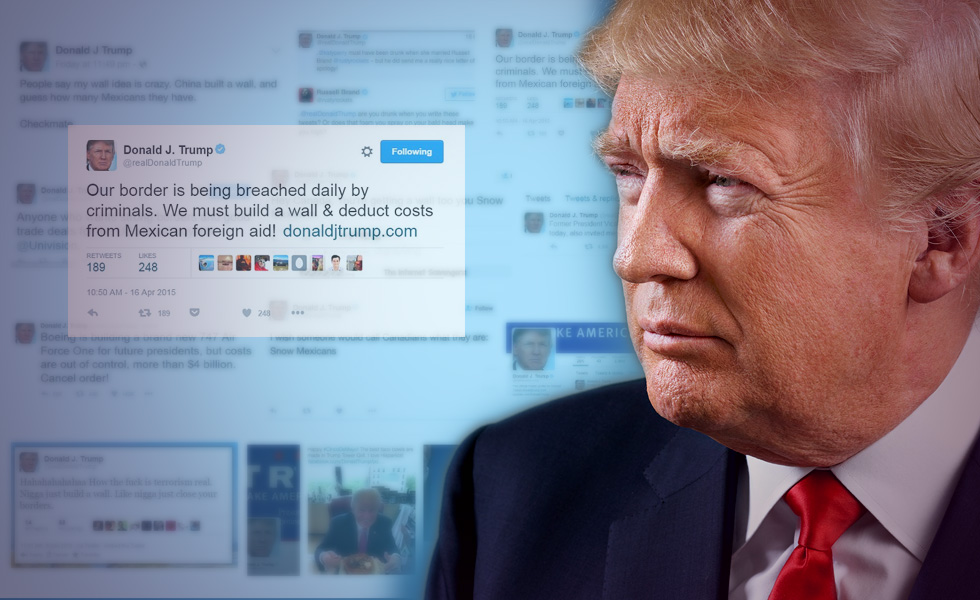 Another brick in Mr Trump’s wall?

Mr Trump ’s tweets know no bounds. He has recently resurrected the row over the issue of building a wall between the U.S. and Mexico. It is understood that Team Trump are working on a plan with regard to who will pay for the wall that will physically separate the two countries. Mr Trump has maintained that Mexico will eventually pay for the wall, however in the meantime it will be paid for by his taxpaying citizens.

The subject of border control has raised its head on many occasions. Last year the State Department that advises the President and leads on foreign policies planned to assist Mexico with the provision of $75million over a period of time. The intention was that training and equipment would further secure southern borders in a bid to deal with drug trafficking and immigration issues. The intention was not to build an actual ‘bricks and mortar’ wall.

Mr Obama has recently spoken about the opposing views that he and Mr Trump have on policy. The detail orientated Mr Obama has reportedly said that he didn’t think Mr Trump had spent a lot of time sweating the details, he perceives Mr Trump as engaging and gregarious and says that he has enjoyed their conversations (perhaps with tongue firmly in cheek).

Let’s leave the last word to Reince Priebus, the incoming White House chief of staff for Mr Trump’s administration. ‘Change was voted for and change we will get.’

Mr Trump has been quite vocal in his tweets but ultimately it is the State Department that will advise him on this matter. Will Mr Trump be open to building bridges rather than walls? What do today’s cards say?

The Eight of Swords represents a need to view the broader picture rather than focusing on ‘details.’ Although this card reveals much negativity Mr Trump has the ability to cut himself free from this ‘trap’ with deductive reasoning and powers from a higher source.

The Seven of Swords tells us that Mr Trump will take a step back on this issue and consider a logical approach. He should not only listen but also take on board the views of the experts if he wishes to overcome opposition.

The Ten of Swords reveals the worst-case scenario and this is devastation and loss. In abandoning current plans pertaining to this particular project then destruction and suffering will lessen.

Collectively, the cards do not bode well. Is it time for Mr Trump to allow his team the opportunity to offer guidance, and accept the best guidance for the greater good. This is most definitely not the final draft.