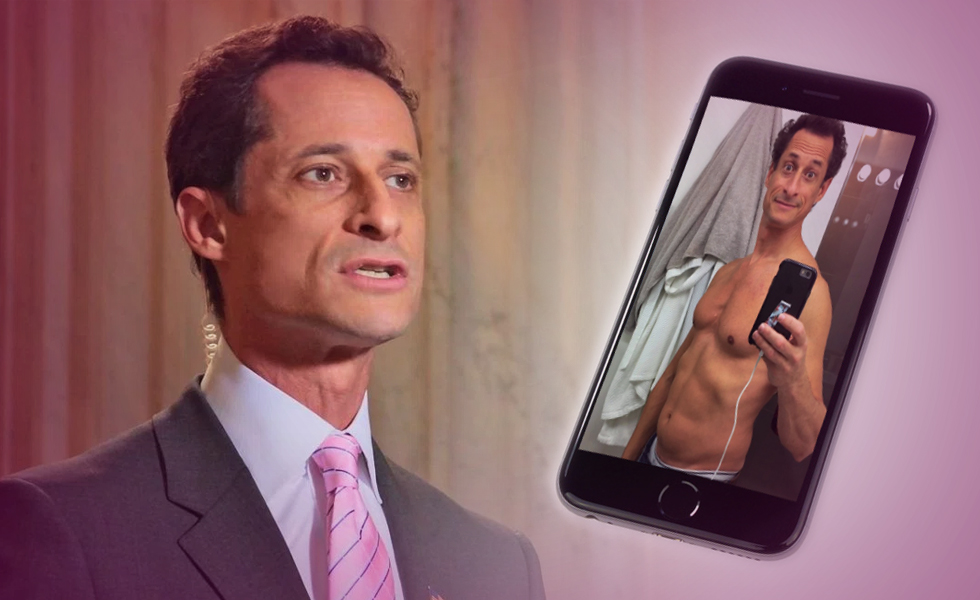 Former U.S. Congressman Anthony Weiner on Friday pleaded guilty in federal court to one count of sending obscene messages to a minor, ending an investigation into his “sexting” scandal. The former Democratic congressman saw his political career implode after a series of scandals involving his inappropriate sexual exchanges with women online. U.S. authorities had been investigating reports that Weiner sent explicit messages last year to a teenage girl in North Carolina and also sparked a probe that upended last year’s presidential race. He pleaded guilty Friday to a single count of transmitting obscene material to a 15-year-old minor. He admitted exchanging online messages with the girl beginning in January 2015 and “sharing explicit images and encouraging her to engage in sexually explicit conduct.

In court, the 52-year-old former Democratic congressman paused repeatedly as he fought back tears and tried to compose himself. He said he knew the texting was “as morally wrong as it was unlawful.” Pleading to the charge, which requires him to register as a sex offender, could bring a sentence of up to 10 years. But Weiner is likely to serve much less time if he is sentenced to prison. In a plea agreement with prosecutors, he agreed not to appeal any sentence between 21 and 27 months in prison. His lawyer can request leniency at a sentencing scheduled for Sept. 8. In a written plea agreement, prosecutors said aggravating factors such as the age of the victim would have called for a prison sentence of up to 14 years under sentencing guidelines were it not for the plea bargain and a 10-year maximum penalty on the charge. Weiner read from a prepared statement after the U.S. District Judge addressed him: “Tell me what you did, sir.” He said he “compulsively sought attention from women who contacted me on social media” beginning with his service in Congress and continuing through the first half of last year. “I engaged with many of them in both sexual and nonsexual conversation,” he said. “These destructive impulses brought great devastation to my family and friends and destroyed my life’s dream in public service. Yet I remained in denial even as the world around me fell apart.” Weiner said he began getting mental health treatment in the fall, when he said he “came to grips for the first time with the depths of my sickness.” He said he continues to follow the treatment daily. “I had hit bottom. Through treatment I found the courage to take a moral inventory of my defects.” Weiner apologized to “everyone I have hurt,” including the girl he “mistreated so badly.” Weiner, who lives in Manhattan and represented New York in Congress from 1999 to 2011, resigned after revelations that he was sending sexually explicit messages to multiple women. He ran for New York City mayor in 2013 and was leading several polls until it was revealed he had continued his questionable behavior.

Does Anthony Weiner Really Hold Himself Accountable For His Sexting Behavior?

No, not quite yet. My feeling is he blames his behavior totally on mental illness but still does not own the fact that he made a choice. I believe he is only just now coming to that realization. It will be a long road.

Knight of Pentacles:
This is a standup guy who is basically a solid and honest man but stubborn. This I feel is who the authentic Weiner really is but that stubborn part of self is why he refused to address his sexual addiction for so long.

Three of Wands:
This card is good results in business, travel and expansion. I believe even through all this drama of hitting the bottom, he could somehow turn it around to a profitable outcome and a “do over” in life.

Seven of Swords:
This card is avoiding an issue and not making a commitment. This may show that he will have an on-going issue with this sexting addiction and have to address it as reformed drug addicts or an alcoholics do.