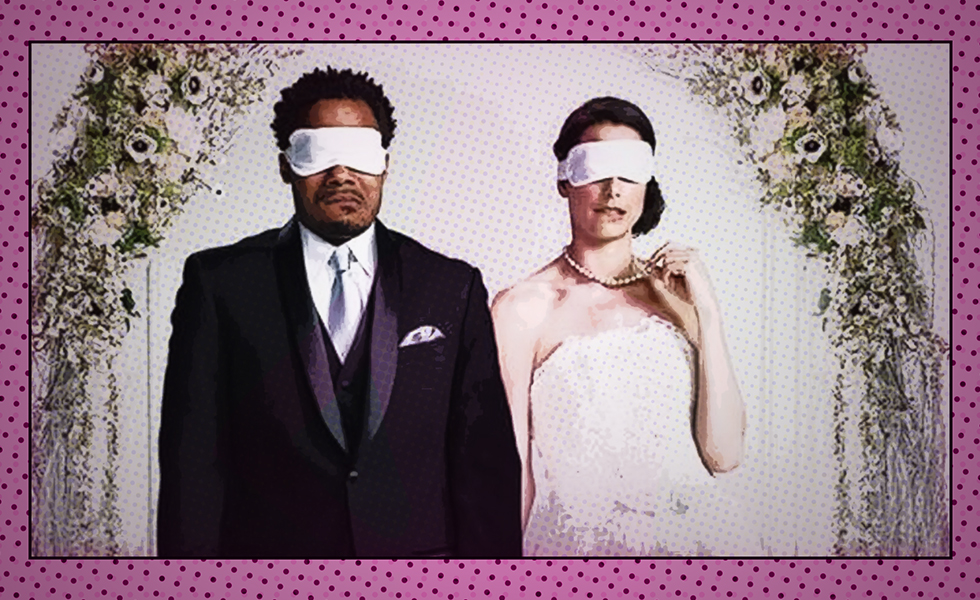 Most young Americans in this day and age are turning to Tinder or local bars in the hopes of finding the love of their life. But still even today, men and women all over the world are being partnered up by their parents in what is all-too-commonly known as an arranged marriage. Not for most in today’s modern approach to marriage but maybe there is something to it that works considering the high divorce rates in the American culture. Both stories below have relatively happy endings but as in all situations, I am sure there are some pretty scary arranged marriage stories out there. It is obvious arranged marriages work better where they are accepted as commonplace. Western culture has not depended on marriage matchmakers since the early 1900’s, although in some Jewish communities, it is still the way marriages are arranged. The important thing I guess, is they can always say no, I think?

One story from a woman: “I met my husband on the 9th, agreed to marry him on the 15th, and we were wed on the 20th. Literally said about two words to each other, and that was with five members of his family present. Been together 13 plus years. It had its ups and downs like I imagine any marriage would, arranged or not. We are very good together. He tries to makes me happy in any way he can. We are very good friends and I love him. Of course. I haven’t had any experience with any other relationships so whatever I feel for him is what love is to me!”

Now from the male perspective: “I first met my wife-to-be in Chandigarh, India. My grandfather and her father were both in the army and had been posted there, so our respective families had a get-together. This was right after I had graduated college (she was still in high school). I don’t remember much, we both said ‘hi’ to each other but that was about it. Around this time our families started the ‘process’, for lack of a better term. After a year of dating, we got married in Andhra Pradesh Telangana. We knew each other relatively well at this point. We’ve been married for close to twenty years. Both of us are very happy in our marriage. Obviously, nothing is 100 percent perfect as we argue from time to time like any other couple. But she’s been a supportive, wonderful companion for all of those years and I like to think I’ve been the same.”

Are Arranged Marriages More Difficult or Easier Than Traditional Courtship?

The Hermit:
This card represents going within emotionally and sometimes isolation. I believe marrying someone chosen for you on levels of background and compatibility would sometimes work better than the crap shoot rules of society now based on superfluous criteria as looks and social standing. Having said that, the card does represent the aloneness one must feel married and now living with a stranger.

The Princess of Cups: Inverted (Upside Down)
This card represents a young female person and also sometime the inner child. I believe it shows as a young person, choices can easily be made for them, depending on their tribal culture. In some cultures, young girls have no say over their lives at all.

The Hierophant:
This card represents the teacher and healer. From the bigger Akashic picture, there are no accidents on your life journey so who you are with was definitely designed in their life book by them. My summation is as in all marriages, it is a crap shoot and totally reliant on respect from both partners. The rest as said above, depends on what your definition of love is.