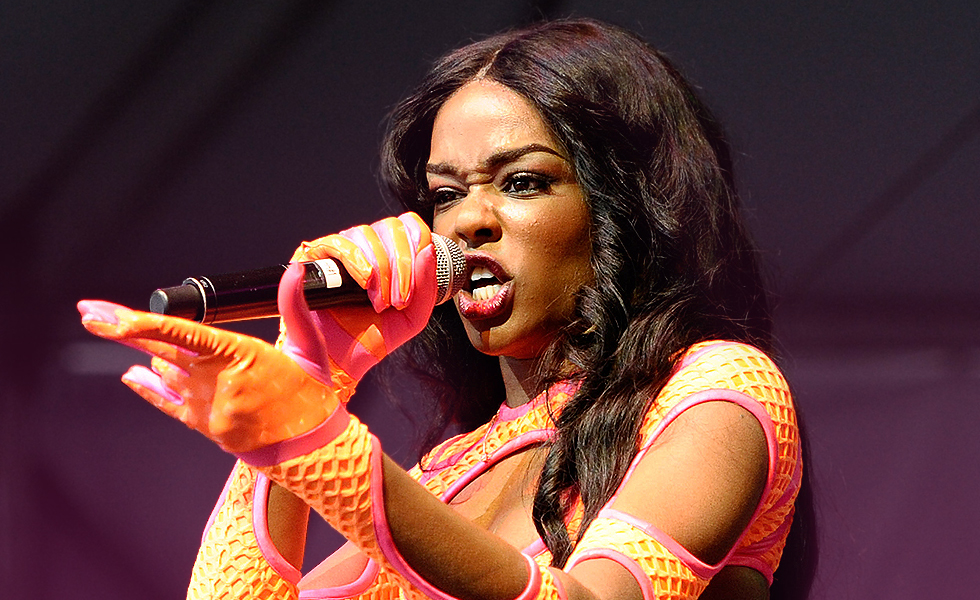 Why is Azealia Banks angry now?

It’s been all over the news how Russell Crowe had to forcefully remove Azealia Banks from a party. She claims that Crowe used the N word and was verbally abusive to her prior to the altercation. By all other accounts, it was quite the other way around. According to those at the Party, Azealia called Russell Crowe white trash because she didn’t like his taste in music. She is now angry that others didn’t come to her aid while she was being removed from the apartment.

To Azealia,
respect is a two-way street. If it was only Russell Grant accusing, you I would be right behind you defending you. But those who were at the party did not come to your aid because they did not agree with your behaviour. Racism is one of the vilest things in our society, and it has been for many generations. It’s time it stopped. But it can’t only stop on one side, all sides have to put their habits aside and learn to get along. People should never refer to another by their race, creed or gender preference.

The verdict will be up to the police investigation so I won’t comment on that. But let’s see where the cards are leading us over the next while.

The Nine of Cups.
Here is the business card. It is the card that urges you to take control of a business situation and put it back on track. It is very easy to get caught up in the heat of the moment and make rash decisions. But ultimately we have to come back down to earth and put things into perspective. There is a need for someone to apologise here, and I’m not going to play judge and jury on who. But don’t allow one moment to ruin everything.

The Tower Card
This is the home card. The card of the place we feel safest. There are changes happening which will alter everything as you know it now. In most cases, these changes are for the better. But if they are not. Then you have to act fast to ensure that they fall into place just the way you want them to. Your future is not something you can leave to chance. It is something we are constantly building.

The Three of Cups
Your nearest and dearest are vital to you. You need their moral support and guidance when the rest of the world seems crazy. It is vital you listen to them at this time. It is very easy to light a flame of anger, but not so easy to stop the inferno it causes. Try to step back from the edge for a moment and see the full impact of what has recently happened. Then follow the advice your loved ones give.

The cards above indicate that you “Azealia Banks” are an educated woman. They show that you are a business woman who values home and family. Above all else, these three things have to be protected and constantly cared for. The events at the party are not the biggest thing in your life at the moment, but they can grow to be. Choose carefully and be guided. The new year appears to show the changes around the home the cards are talking about. It could be a clean start with something.