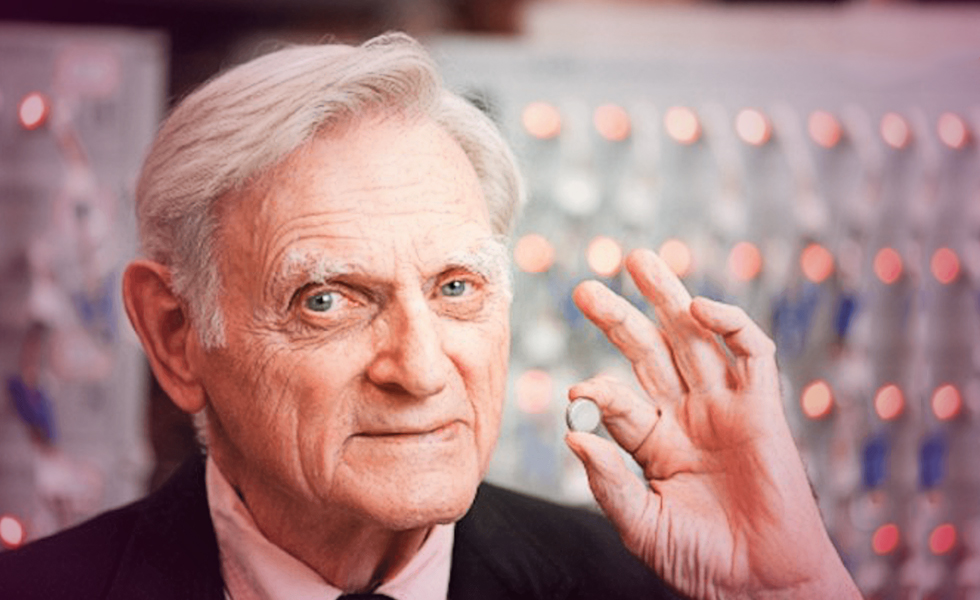 Battery made of glass – the future of phones and cars?

During the past few decades, the look, shape and lifetime of phones changed drastically and so did electric cars. In both cases, one thing is common: the lithium-ion battery, that has no match. Not in price, efficiency, or safety. Or it didn’t, up until now. Guess what? The newest innovation comes from the very same person who invented the lithium-ion batteries.

So, whatever it is, surely deserves an applause. Could this be similar to when Einstein experimented with the lightbulb? What we thought to be the solution to our problems, might only have been the beginning of the revolution.

Goodenough has been working with his colleagues at the University of Texas to make this possible. The now 94 year-old co-inventor of the lithium-ion battery says he has invented something even better. While the battery we have now can cause a short-circuit when overcharged, the new one will be different. Not only will it provide three times longer performance, it will also reduce the chances of accidents. By using glass electrolytes, among many of its ingredients. As opposed to lithium-ion, glass electrolytes won’t be in liquid form, thus can’t leak. According to the scientists, this could mean a huge improvement in the field.

What’s more, they could be good for the environment, too. According to the University, Goodenough “hopes to work with battery makers to develop and test their new materials in electric vehicles and energy storage devices.” However, this new phenomenon is still in the making. A lot of time will still pass before we can use phones that have ‘glass batteries’.

Eight of Wands:
There is no stopping Goodenough right now. His enthusiasm is contagious, and his idea will be followed by many more. This card indicates the rapid completion of the project. Alas, it will only be the beginning. If we thought the past decades were ground-breaking, we will have to think again.

Two of Pentacles:
Patience is key, as well as concentrating on other aspects of life. Inventing something this huge can have its toll. Goodenough should take some rest as well. Better time management is also required, as too much time is being wasted at the moment.

Four of Wands:
Goodenough can relax now, knowing that his invention is on its way. It is time to celebrate, as he has reached an important milestone.

Battery made of glassJohn B. Goodenough
Previous ArticleModern Day Mother Teresa – with an incredible voiceNext ArticleWhy has the US never had a female president?