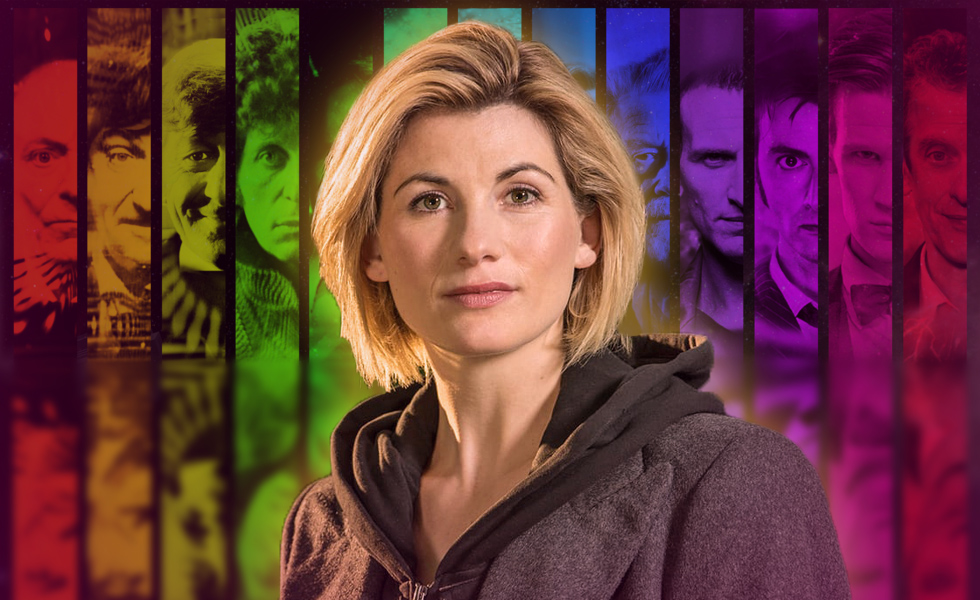 The sci-fi glass ceiling has been officially shattered! On Sunday, the official “Doctor Who” Twitter account shared a video that revealed actress Jodie Whittaker as the new Doctor, a time-traveling adventurer in one of the most popular sci-fi series currently on television. The BBC reports she will make her debut on the show around Christmastime. Fans had been eagerly anticipating the news and names like Phoebe Waller-Bridge, Kris Marshall and Natalie Dormer were being thrown around as possibilities. It is Whittaker who will be replacing Peter Capaldi as the Doctor in the upcoming series, to be shown on BBC One and BBC America. Whittaker, is the first female Doctor in the show’s history playing the title role in the series. “It’s more than an honor to play the Doctor,” Whittaker told the BBC. “It means remembering everyone I used to be, while stepping forward to embrace everything the Doctor stands for: hope. I can’t wait.” She hopes “Doctor Who” fans aren’t afraid of change. The actress told the BBC she wants the show’s viewers to not be “scared” by her gender. “Doctor Who represents everything that’s exciting about change. The fans have lived through so many changes, and this is only a new, different one, not a fearful one.” She said of her casting as the 13th Doctor that “it feels completely overwhelming, as a feminist, as a woman, as an actor, as a human, as someone who wants to continually push themselves and challenge themselves and not be boxed in by what you’re told you can and can’t be. It feels incredible.” She is married to American actor Christian Contreras.

The sci-fi series has been shaking up its conventions lately as earlier this year, actress Pearl Mackie was introduced as Bill, the series’ first openly gay companion. According to the BBC, the Peter Capaldi had wanted to see a woman replace him in the lead role on “Doctor Who” and has given Whittaker his blessing. “Anyone who has seen Jodie Whittaker’s work will know that she is a wonderful actress of great individuality and charm,” he told the outlet. “She has above all the huge heart to play this most special part. She’s going to be a fantastic Doctor.” The series’ new showrunner, Chris Chibnall, said to the BBC that he “always wanted the 13th Doctor to be a woman,” and that Whittaker was their “number-one choice.” “Her audition for the Doctor simply blew us all away,” he said. The 35-year-old actress honed her craft at Guildhall School of Music and Drama in London.

To those other fans less than thrilled with the announcement of a glass ceiling-shattering female regeneration, who might be engaging in some shamefully sexist temper tantrums: We have six words for you, provided to us by the internet’s favorite dictionary.
Merriam-Webster

#@MerrianWebster
‘Doctor’ has no gender in English

Another “Kick Ass” Female Heroine Is Out There, Breaking Male Traditions

I believe Whittaker will do an excellent job and stay for several seasons and then Dr. Who will once again revert back to male but the original mold has been broken, possibly making room for even more ceiling shattering Dr. Who’s in the future.

Eight of Cups:
This is disappointment and leaving an unhappy situation. I feel a female lead has been in the works for quite some time and many fans were becoming impatient for the change to happen.

The Wheel of Fortune:
This is going with the flow of life changes. The card is fairly self-explanatory. Dr. Who had not broken the male tradition it has held since 1963 and it is now forever changed.

Four of Swords:
Inverted (Upside Down)
This is emotional exhaustion and quiet retreat. Since pulled inverted, I believe the producers are happy the decision has finally been made and made public. There was lots of pressure to make the change.