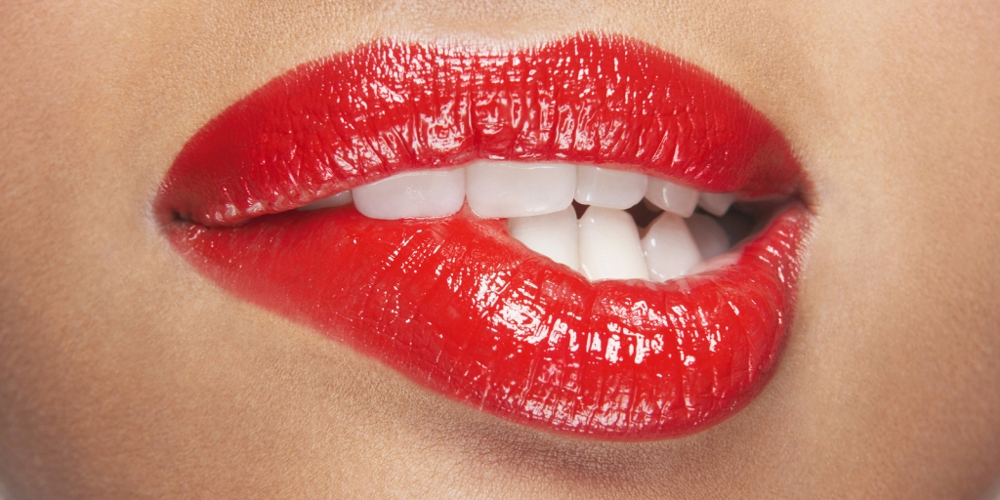 Red lips, men like seeing women with them and women love the look. The vibrant ruby red color on pouty, cupid bow or full on seductively posed lips all have us do a double take. Rock stars, goth teens and glam girls love them! But those enticing, beautiful red stained lips also have a dubious history. During a few eras, it was a sign of witchcraft! Geez, was there anything we didn’t get blamed for?

Red lips have been and still are a classic beauty trend. But how did it become so iconic? It turns out that red lipstick dates back to the earliest days of civilization. Those red lips have also meant many different things over the years, from supernatural beliefs to a sign of status and wealth. Here is the fascinating history of those red lips, dating back 3,000 years ago.

It is thought that Ancient Mesopotamian men and women were the first to invent lipstick and used crushed gemstones to color their lips. The Egyptian pharaoh Cleopatra was the first historical figure to use red lipstick. She used crushed ants, carmine and beeswax for a red pout. In Ancient Egypt, lipstick was a sign of social status, worn by both men and women. The influence of Egypt’s use of lipstick spread throughout Europe with both the Greek and Roman empires using it, most notably for actors. And from down under Australia, Aboriginal girls often painted their mouths red with a clay called ochre as a sign of reaching puberty.

Red lipstick died out during this period for a number of reasons. Most notably, lipstick was condemned as satanic by the most prominent force in Europe, the Catholic Church. Still, red lipstick was sometimes used in Europe but people considered it only fit for lower-class women. It had a revival in 16th century England with Queen Elizabeth I, paired with a pale face. Much like in Egyptian times, red lipstick became a status symbol, worn only by those in high society. After Queen Elizabeth I’s death, red lipstick became unpopular in England again.

British parliament judged that red lips was a mark of Satan and a type of witchery again! They even passed a law stating that women who wore makeup were witches luring men into marriage. Similarly, in America, (which was still a British colony at the time) the government decreed that a man could annul his marriage if a woman wore lipstick during their courtship, as this was interpreted as trickery. This negative perception of red lipstick stuck until the late 19th century.

French actress Sarah Bernhardt started the re-emergence of red lipstick and cosmetics in general. She began wearing lipstick and other make-up off the stage. It was controversial at the time, but it gained momentum. Sears started offering red lipstick for the first time in the 1890s.

Red lipstick really started to take off in the beginning of the 20th century. American women who kept up with fashion trends all started applying it. In 1915, Maurice Levy invented the first metal lipstick tube. Pretty quickly, beauty companies like Chanel and Estée Lauder began selling lipstick. By the 1920s, red lipstick was more acceptable in American society than ever before. Flapper women wore dark red lipstick as a symbol of independence. Some strange restrictions remained such as it was acceptable to publicly apply lipstick at lunch but never dinner.

At the start of the 1940s, all lipstick was scarce due to wartime shortages. However, by the end of the decade, red lipstick was seen in workplaces across the United States, due to women entering the workforce. Long lasting lipstick had been invented by then which allowed women to get through the workday with their lipstick intact.

By the ‘50s, every silver screen actress sported red lips. This had a huge effect on the American public. A survey from 1951 showed that over 2/3s of female teenagers in the US wore lipstick.

The ‘60s and ‘70s was not a big era for red lipstick. These decades saw more nude shades with the mod era and darker colors during the punk movement.

Those red lips made a comeback in the ‘80s and ‘90s with Madonna. To this day, red remains a classic lip color. However, now there are more shades and variations of red lipstick available than ever before.
(READ: One Simple Way to Improve Your Self-Confidence)

The popularity of red lips in fashion today comes and goes but those ruby red lips will continue to remain a popular trend with women of all ages. Something to make a statement about being “AN ALL THAT” girl!

Previous ArticleStop Being A People PleaserNext ArticleHow to Deal with Criticism