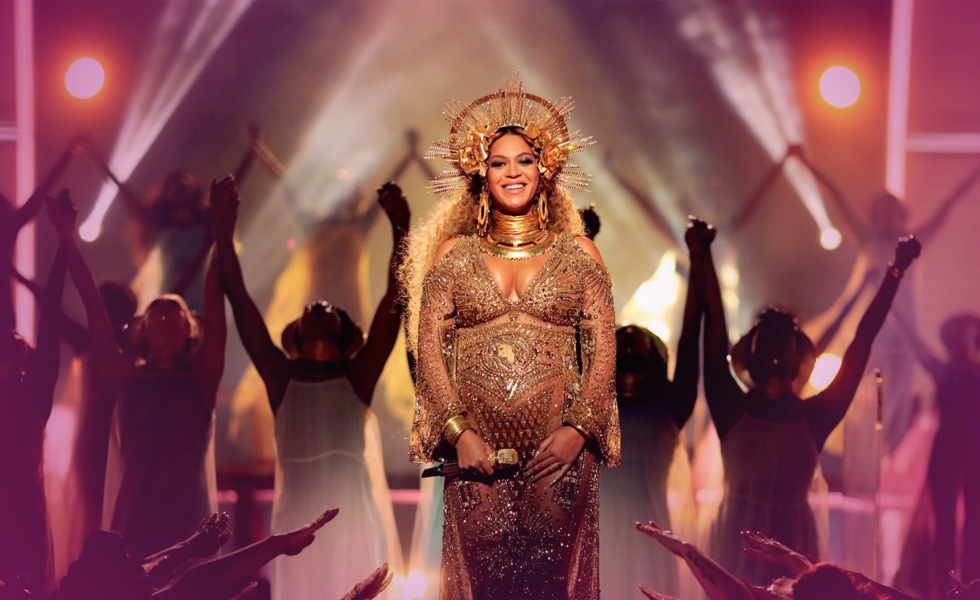 The Carter household is now officially a party of five! Beyoncé and Jay Z have welcomed twins, a source close to the couple tells CNN. Sources connected with the family tell us the twins were born Monday in a Los Angeles hospital. An unidentified woman carrying a bouquet of pink, purple and blue flowers with two giant baby foot-shaped pink and blue balloons that read, “Baby Girl” and “Baby Boy, was photographed dropping off the gift at the same Los Angeles hospital where Beyoncé’s husband and 5-year-old daughter were seen the day prior. Upon inspection, the card attached to the flowers had a visible “B+J” written on the floral envelope. A source also stated a “minor issue” surfaced with the newborn twins and as a result doctors do not feel comfortable releasing them. The nature of the issue is not known but Beyonce also remains at the hospital but as far as anyone knows, she’s doing well. The babies are expected to be fine as well. It’s unclear when everyone will be released. There was no immediate release on the names of the babies.

The 35-year-old superstar singer who married Jay-Z in 2008 and also parent to a five-year-old daughter, Blue Ivy famously announced that she was expecting her twins in February, with a stunning floral photo shoot.

“We would like to share our love and happiness. We have been blessed two times over. We are incredibly grateful that our family will be growing by two and we thank you for your well wishes. The Carters, ” she posted. A photo of Beyoncé accompanying her February announcement in which she was surrounded by flowers and draped in sheer material spurred both excitement and parody. It also broke records for the most-liked photo on Instagram. Beyoncé adjusted her performance schedule after sharing her pregnancy news. While she performed at the Grammys to rave reviews, she postponed plans to headline the Coachella Music Festival until 2018. Congratulations to the Carter family!

Beyonce is still at the top of her game career wise but family has obviously become her main focus. I feel they might have completed their family and she will of course keep all her fans updated with Instagram pictures of her growing family.

Five of Cups:
This card is about disappointment and letting go of the past. I feel this has to do with Beyoncé’s emotional heartbreak over losing her first baby to a miscarriage.

Six of Wands:
This card is a victory card. Well what card best represents her life as it is now!

Six of Swords: Inverted (Upside Down)
This card is spiritual awakening and enlightenment. Since pulled inverted, this may show Beyonce is ready to focus much more on family life than trying to continue to maintain her top star status. i.e. Madonna? And know when it is time to balance family and career.