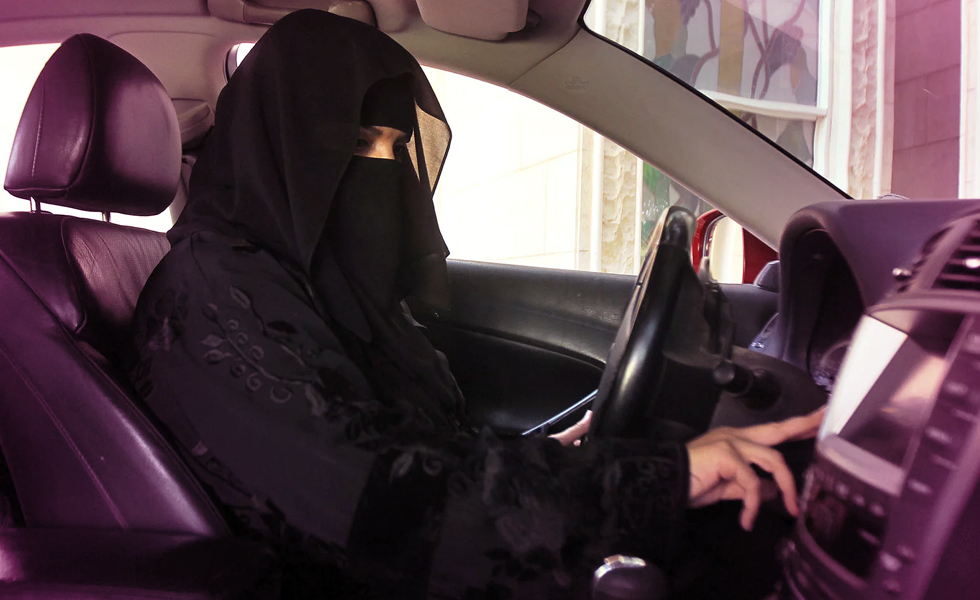 A Big Step for Women in Saudi Arabia – Or not?

For those of us, who live under different circumstances, it is difficult to imagine life with boundaries. But there are many places on Earth that still lack behind when it comes to human rights. Saudi Arabia is a place of extreme boundaries, especially so for women. Just imagine that out of 144 countries, it is the 141st when it comes to women’s rights.
And we are talking about basic rights here, such as the ability to get a job. Women in Saudi Arabia can’t marry by will, nor can they get a divorce. Such a simple thing as opening a bank account or deciding about their own body is also out of question. They have to cover themselves at all times, and if they talk to members of the other sex, they can face serious punishment.

Of course, one could argue, that they have some rights. They can vote, get an education and play sports. They can even participate in the Olympic games. And, as of next year, they can also obtain a driving license and drive a car. All that without the consent of their guardian.

Although some claim that this improvement is a huge step forward, others aren’t so sure. Sure, they will be able to drive, but without a proper job, they will still be dependent on their husbands. It is a pressing issue, and the first step that was taken to an independent future. But was it enough? It took years of active protesting to come this far, and there is still a long way to go. A very long way.
So, let’s ask the cards what this will mean to Women in Saudi Arabia. And also, what message it sends to Women all over the world.

Eight of Wands: After a long wait, things do seem to be speeding up. One change will be followed by another, and eventually things will get better. Anticipation is in the air, and celebration is due. It is important to cherish every victory, no matter how small. It is a positive step forward.

Five of Cups: Although the situation of women in Saudi Arabia might seem daunting, it isn’t new. People have been aware of the situation for a long time. These are tough times, but there is hope. And the ruling about the driving licences brings exactly that: hope.

The Star: And a final message to women around the world: no matter what your dreams are, follow them! You are all powerful and amazing, don’t ever forget that. Those women who could dream big, have changed the course of history, many times. Believe in yourself!