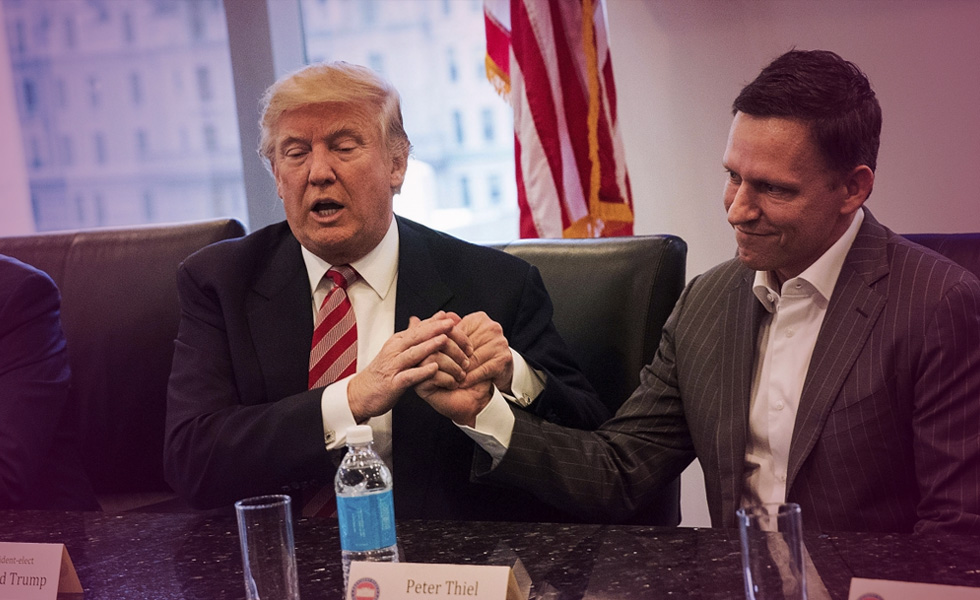 American businessman Peter Thiel has a reputation for being controversial, he publicly supported fellow billionaire Donald Trump in his quest for presidency and in November 2016, Mr Thiel was named as an executive committee member of the then President-elect’s transition team alongside Jared Kushner, Donald jnr. Eric and Ivanka Trump amongst others.

Mr Thiel is promoting the benefits of leaving America for a life of Utopia in New Zealand. The German born, American made his fortune in technology when Paypal was launched and with wealth came choice. Mr Thiel was a vocal supporter of New Zealand for years before he received permanent residency in 2007 and permanent citizenship was granted in 2011.

For anyone who would like to up-sticks and join Mr Thiel for a life in the south west pacific islands as a fully-fledged citizen, they need to have lived there for 1350 days minimum, with the intention of residing there on a permanent basis. Apparently, the tax breaks in New Zealand are good, it’s great for water sports, a safe place for kids to grow up and perfect for those who enjoy a sub-tropical climate. Approx. 30,000 people per year try to join the country’s population of less than five million, but only two dozen are approved according to New Zealand’s Internal Affairs Department.

Of course, threatening to leave Mr Trump’s America and having the cash to travel half way across the world are two different things. With all due respect to Mr Thiel, supporting Mr Trump and then leaving the country when he is president seems a tad hypocritical. Perhaps the Thiel Fellowship could expand on its theme of sponsoring college drop-outs and lend its generosity to deserving adventurers wishing for a new life down under.

Billionaire recommendation’s aside, what’s the sensible solution? Should people try to cultivate the ground they’re on right now, or is it time for a Steve McQueen special with trains and planes. Let’s look at today’s cards.

We drew The Fool, the Two of Swords and the Magician.

The Fool
This reveals a considered outlook to taking a leap of faith. There is an innocence within this card a feeling that only a fool would undertake this journey unaware of potential hardships. There is an emptiness in this card and a desire to go forth heedless of the consequences. Would that be the best step forward?

The Two of Swords
This asks for compromise and balance. During times of uncertainty, a wait and see approach is best. Taking a risk due to dissatisfaction is not the answer and if the question is whether to stay or to go, this cards says stay until further concrete answers are revealed.

The Magician
This is one of the balancing forces that makes up the material world and this card is telling us to get real. Yes, this is a positive card that says we can use our action and power to make an impact on the world. The sun makes the shadows, and just like a child who tries to run away from its shadow, it will always be there.

Mr Thiel is a billionaire with many choices. I feel that he is showing his controversial side, antagonistic – a little, insensitive – a lot. For the many who want to leave America and blame Donald Trump, if they seriously want to leave, then understand where they want to go and why they want to go there. Essentially, who will be by your side through the new challenges, which there will be. Quite simply, cultivate the ground you’re on while planning the great escape!