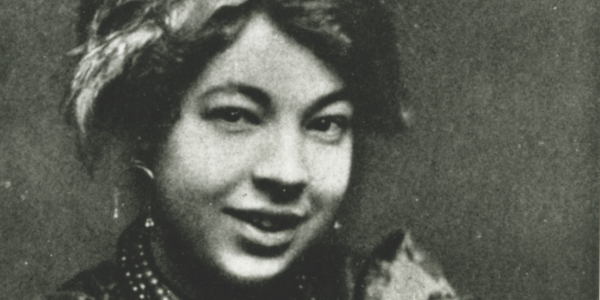 Pamela Colman Smith, also known as “Pixie” is the woman behind the illustration of the worldwide known Tarot deck Rider Waite Smith.

Born in London in 1978, Pamela and her family emigrated to Jamaica in her childhood when her father got a job to work in a prestigious company in charge of building railways in the island. Later on, as an teenager, she moved to Brooklyn where she met Arthur Wesley Dow who was her mentor in the pictorial arts. She progressed as an artist and a few years later she was illustrating books for acclaimed authors such as Bram Stoker.

It didn’t take long for her to touch other branches of art, such as acting and writing, and she took part in many different artistic proyects, from theatre plays to novellas. She built relationships with well known authors of her time, and this helped her gain certain privileges that opened the doors to the occult for her.

In 1901, Yeats introduced Pamela to the Hermetic Order Of The Golden Dawn. It was there where she met Arthur Edward Waite, who would commission her the creation of a beautiful, eye catching and unique deck. It was then when she brought to life the Rider Waite Smith Tarot that virtually everyone has seen.

However; This didn’t bring her the recognition she was owed and Arthur Edward Waite, along with the publishing house Rider, took most of the merit for the creation of the deck, relegating the role that Pamela had played on it. This created discrepancies between Arthur and Pamela that ended up affecting the whole group of the Hermetic Order Of The Golden Dawn, so their ended up parting ways.

Pamela converted to Catholicism later on, moved to Cornualles and made a living out of her art along with rending a holiday house. Nonetheless, despite being the creator of the world’s most famous Tarot deck, she died a poor woman in 1951, after which all of her belongings were auctioned in order to pay her debts.

Nowadays, many people speak of the Rider Waite Smith Tarot as the “Rider Waite” or even the “RW”. However, in a time where the contributions of women are taken into account more tan ever, let’s not forget to add the “Smith” in its due place. The creation of Pamela Colman Smith lives in the shelves and drawers of Tarot readers all over the world, and her iconic deck is widely recognized, reintrepreted and serves as an inspiration for other creators to continue making the world of Tarot a richer and more beautiful place!

There have been many recolorings and redrawings of the Rider Waite Smith deck along the years, but her original work still holds an appeal that leaves no-one indifferent!

Now it’s your turn. Did you know about the existence of Pamela Colman Smith? What are your thoughts on this historical character? Did you know the meaning of the “S” in “RWS”?