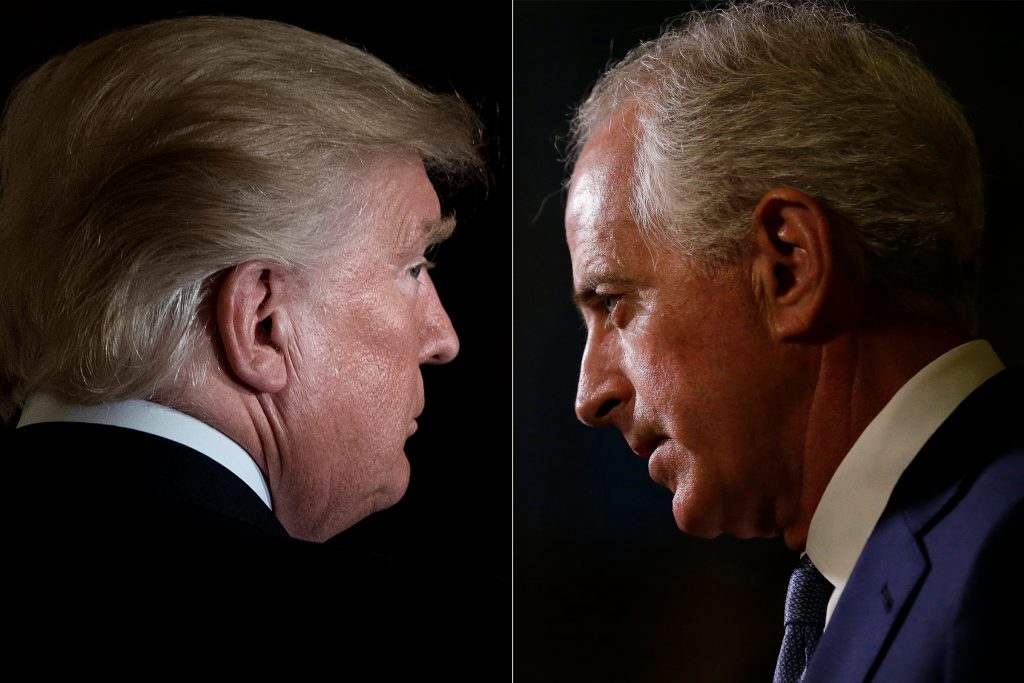 We have a president that is a loose cannon that cannot be stopped even by his own political party. Regardless of how many horrific tweets he sends across social media in viral attacks on anyone who speaks out against him (including other unbalanced world leaders with nuclear power) but is making presidential decisions against our beleaguered environment, human rights and just all around fairness and justice.

Now we have a longtime senator of his own elective party that has issued a comment that should send chills down everyone’s spines, regardless of what your political affiliation is.

Republican Senator Bob Corker has now stepped up his criticism of President Donald Trump saying the president was running the country like a “reality show” and arguing his rhetoric could set the US “on the path to World War III.”

The comments, appearing in an interview with The New York Times, were an escalation of the testy back-and-forth between Corker and Trump that began earlier last week after the Tennessee senator announced he would not seek reelection in 2018.

“He concerns me.” Corker said. “He would have to concern anyone who cares about our nation.” Corker also suggested that Trump may not completely grasp the power of the presidency. “I don’t think he appreciates that when the president of the United States speaks and says the things that he does, the impact that it has around the world, especially in the region that he’s addressing,” he told The Times. “And so, yeah, it’s concerning to me.”

“I don’t know why the president tweets out things that are not true… You know he does it, everyone knows he does it, but he does.”

With Republicans holding a slim 52-seat majority in the Senate, Trump can ill afford to lose Corker’s vote, especially on his proposed tax overhaul.

The public quarrel between Corker and Trump began when Corker sharply criticized the president for undermining Secretary of State Rex Tillerson’s efforts to establish diplomatic channels with North Korea amid heightening nuclear tensions.

“Tillerson was among those people that help separate our country from chaos.” In same interview, Bob Corker, excoriated Donald Trump, essentially calling him a buffoon that could set this country on the road to Armageddon. He further asserted that the vast majority of congressional Republicans believe the same.

So, that raises the question – what are they doing about it? The answer so far, is nothing! If it is indeed true that Trump could be, as Corker put it in his interview, “…setting the US on the path to World War III,” then wouldn’t it be a matter of urgent obligation to pull the plug on this presidency? Really, World War III? I would call that a national emergency? At the very least, why isn’t a open discussion taking place amongst GOP leadership around contingencies in the event that Donald has to go? What would it take, for congress to publicly acknowledge what they’ve been prattling about behind closed doors for months now? A strike on North Korea? A million dead in Seoul… or Seattle? As for Trump, he responded to the Tennessee Senator’s recriminations in typical fashion, he tweeted about it.

Senator Bob Corker "begged" me to endorse him for re-election in Tennessee. I said "NO" and he dropped out (said he could not win without…

..my endorsement). He also wanted to be Secretary of State, I said "NO THANKS." He is also largely responsible for the horrendous Iran Deal!

You now have a White House that have men in power with only one agenda, expand their bank accounts. Older generations have witnessed the horror of what war brings and most pointedly, World Wars. We now have at our disposal nuclear arms that could wipe out not just cities as in World War II but whole countries. Regardless of how much the Republican party will have to eat humble pie over their elected president, sooner or later they will either have to find a way to curtail his power or eject him from office. I believe the latter will happen.

the guts to run!

Bob Corker gave us the Iran Deal, & that's about it. We need HealthCare, we need Tax Cuts/Reform, we need people that can get the job done!