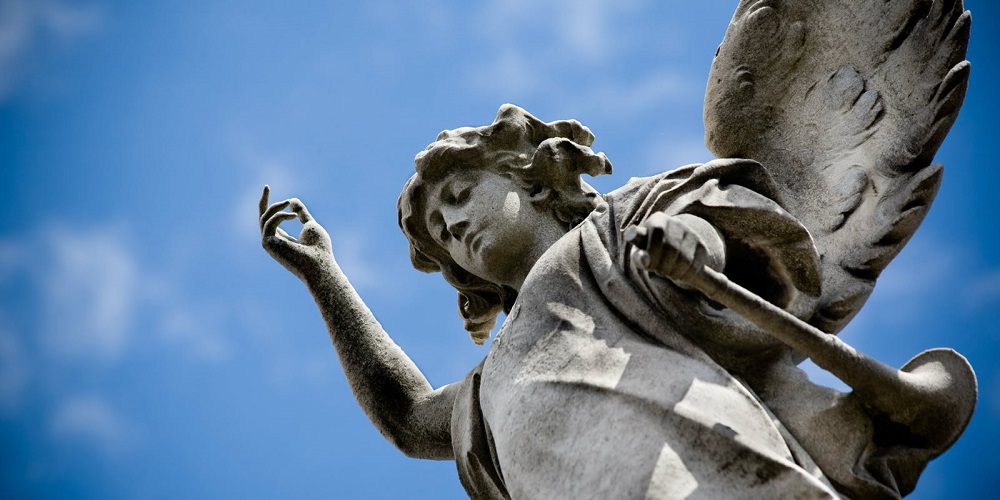 Whether you are religious or consider yourself spiritual, angels have been part of our culture since creation and man learned how to transcribe. There are many definitions of what angels are, depending on what religious, tribal or spiritual background you come from. Here is the basic definition of what an angel is from Wikipedia:

“A spiritual being believed to act as an attendant, agent, or messenger of God, conventionally represented in human form with wings and a long robe.”

In a recent poll, the results were that 8 out of 10 Americans believe that angels do exist is some form. So, it seems safe to say that believing in them is not a religious or a spiritual acceptance but an energetic movement there is some type of super charged, miracle making, protective winged beings that are actually looking out for all us confused and dazed fools trying to do life.

What exactly is an angel and why were they created? Depending on what book you read and what perspective you take, it all comes down to that angels were divinely created to watch over us and help us during our journey. Some beliefs say humans are fallen angels trying to find their way back to God.

The word angel in the original Hebrew and Greek languages means messenger, therefore an angel is a spirit that brings a message. However, we are also spiritual beings and can bring messages to one another through divine communication. With that definition, we could consider that an angel could be anyone who brings a divine message to another person or persons, no matter which side of the grave.

What the Bible says

Angels are spiritual beings who have intelligence, emotions, and will. This is true of both the good and evil angels (demons). They possess intelligence, show emotion and are the instruments of God but also exercise free will. They are spirit beings without true physical bodies but they have personalities.

Angels also gain knowledge through long observation of human activities. Unlike humans, they do not have to study the past; they have experienced it. They know how others have acted and reacted in situations and can predict with a greater degree of accuracy how we may act in similar circumstances.

Angels are an entirely different order of being than humans. Human beings do not become angels after they die. They will never become, and never were, human beings. God created the angels, just as He created humanity.

Angels goes as far back as the Book of Genesis, where we read about them calling out to Abraham at the binding of Isaac, appearing in Jacob’s dream, Jacob fighting with an angel and many more accounts of angelic activity. They are then mentioned numerous times throughout the other books of the Torah, Prophets, and Scriptures.

According to Jewish tradition, an angel is a spiritual being and does not have any physical characteristics. The angelic descriptions provided by the prophets such as wings, arms etc. are only relative to mirroring back human traits but mostly referring to their spiritual abilities and tasks.

That covers much of the religious perspective on angels. In Part 2 I delve into the psychic take on these beings, and also discuss the Angelic Telegraph, a way to communicate via your guiding angel. Click here to read Part 2 now.

Previous ArticleFocus on You, Then Your Love RelationshipNext ArticleUnderstanding Angels: Part 2