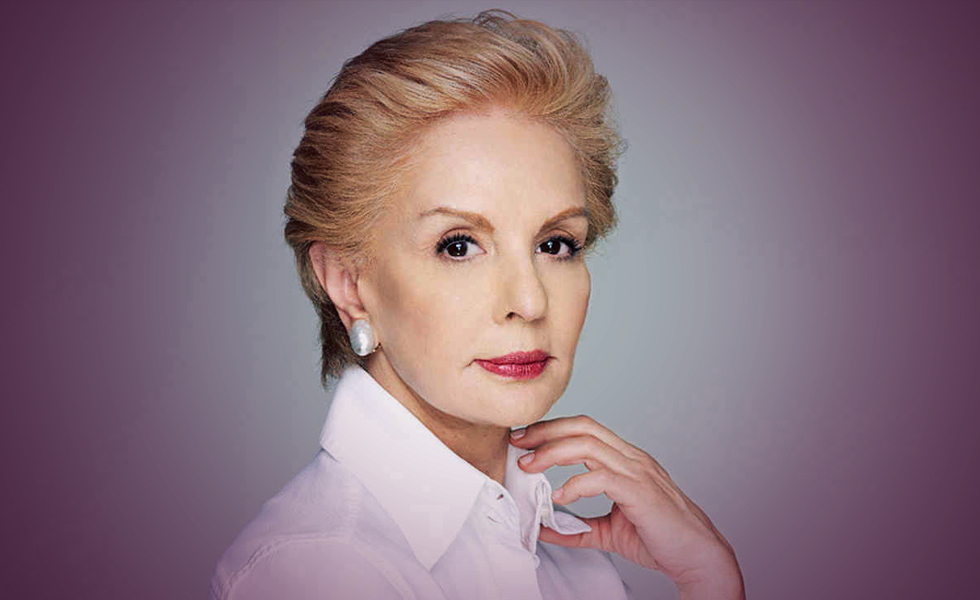 The nephew of international fashion designer Carolina Herrera was found dead in Venezuela after a violent kidnapping gone wrong. Herrera’s 34-year-old nephew Reinaldo was reportedly abducted in Caracas on Thursday night. The attackers also took his business partner hostage. Officials say a ransom was paid, but the gang killed both men anyway and left their bodies in a truck on a highway just outside the city. Carolina is a Venezuelan-American designer known for dressing various First Ladies including Jackie Onassis, Laura Bush, Michelle Obama and Melania Trump. She’s scheduled to receive the 2017 Designer of Excellence Award in Chicago this week. According to reports, the event will still take place but the president of Herrera’s company will accept the award on her behalf due to the tragedy.

Herrera’s nephew was eating with his business partner at a restaurant when they were both abducted by a gang of criminals. The group then asked for a ransom for the two men. Although the ransom was allegedly paid, both men were still found dead with point-blank gunshot wounds. Herrera’s nephew was a father of two and Mendoza was his construction-business partner. The state prosecutors called the attack a kidnapping, a common crime in Venezuela, which is suffering from triple-digit inflation and chronic food shortages. Venezuela has one of the highest murder rates in the world and in 2016, it recorded the highest murder rate in its history, with 70 homicides per 100,000 inhabitants. Since the murder of her nephew, Herrera has spoken out against Venezuela’s communist dictatorship. The 78-year-old fashion designer took to Instagram Saturday to tell the world what happened to her beloved nephew Reinaldo Jose Herrera. She spoke out against her native Venezuela’s “communist dictatorship” in this message on Instagram:

“Thank you so much for all your thoughtful messages. The family and I appreciate your kindness. Our only hope is that the tragic assassination of our young nephew, Reinaldo and his colleague, Fabrizio will serve to mitigate the terrible carnage and murders that are committed against our youth in Venezuela. The Electoral Results must be respected. The Communist Dictatorship must go.” -Carolina Herrera

Absolutely yes! Herrera is a determined and powerful woman with many connections and will make sure the light is relentlessly turned on whomever she believes is responsible for her beloved nephew’s murder.

Five of Pentacles: Inverted (Upside Down)
This card is about low self-esteem and looking in from the outside at a better life. This would be the energy of the people of Venezuela. Since the card is inverted, it may show the ripple effect of this one kidnapping. “A rolling small pebble can bring down the mountain if not stopped.”

The Chariot:
This card is overcoming fears of the future and moving forward. I believe this is Herrera’s energy in her approach to addressing the communist Goliath of Venezuela’s politics.

Eight of Pentacles: Inverted
This card is about working tirelessly on a life situation or self. Since inverted, I feel this may show how connected Herrera is when getting people to listen and to turn a situation around.