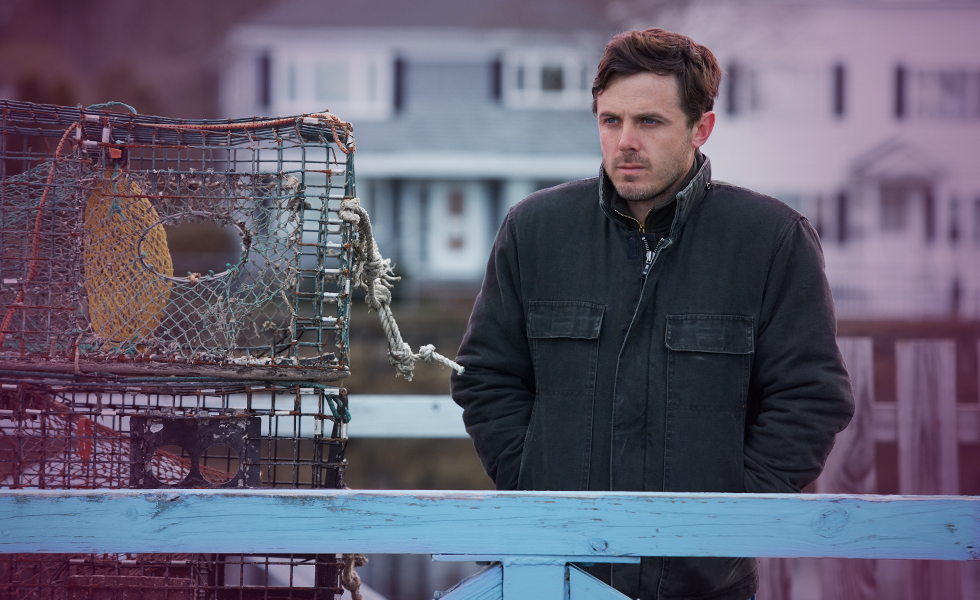 Will Casey Affleck bag an Oscar for Manchester by the Sea?

Manchester by the Sea begins with tragedy. It’s the town that Lee Chandler is forced to return to when he hears that his brother Joe has had a heart attack. When Lee arrives at the hospital, he finds out that Joe didn’t make it. He also discovers that in his brother’s will, he is named as guardian to 16-year-old Patrick, Joe’s son. We live through Lee’s struggles and mixed emotions as he comes to terms with the grief of losing his brother. We gain an understanding of Lee’s angry irritations and past tragedies.

Will Lee find the strength to care for the boy who has been left in his care?

Casey Affleck’s performance has been described as one of the most ‘Fiercely disciplined screen performances,’ by the New York Times. The Washington Post has said that the film was ‘Anchored by a quietly volcanic central performance by Casey Affleck, in a breath taking breakout role he’s long deserved.’

Long deserved and well deserved by all accounts.

However, Casey’s Oscar Nomination is tainted by claims around his personal life. Some years ago, he was sued for sexual harassment and although he strongly denied the claims at the time, he settled out of court. It’s (again) raised the question of, ‘Can we separate an actor’s award winning movie performance from the real-life person.’ Perhaps the London Critics Circle could share some insight. They said, ‘An award or a positive review for a performance is not an award for the way the actor lives their life, and in no way is it a sign of approval of it. This is not a personality contest. Making it so doesn’t help the readers of the reviews, or those involved in making the film. For all those people, there is the responsibility to give a film a fair hearing.’

Some people might say that Casey is in a privileged position and has the advantage of associating with those who know how to manipulate the press and the fans. Last year he acknowledged, ‘I have so many close friends and family who are not only talented, but very successful. It just so happens the person I married was a super-talented actress. And her brother happened to be incredibly talented. My brother is Ben. I grew up a block away from Matt Damon. It’s just a tight circle of people who have had some success.’

Casey’s already won the Golden Globe and BAFTA, now he’s nominated for a Best Actor Oscar. Will we hear more from the talented Casey Affleck? Or will he turn his back on the spotlight with its negative press and back into relative obscurity? Let’s see what the cards say.

Casey drew the Three of Wands, the King of Wands and the Chariot.

The Three of Wands
This is the Oscar Nomination. This card reveals a sense of collaboration and a fearless self-expression that retains the purity and innocence of a monumental experience that will live on beyond February 26th. There is no prejudice or condescension within this card.

The King of Wands
This represents Casey Affleck, the fully-fledged actor. This card reveals a shift in Casey’s attitude and says that he will embrace the spotlight at this time. He will not allow past mistakes to impact on his future.

The Chariot
This is the major arcana card sandwiched between the Lovers and Strength. Being surrounded by many close friends and loved ones will allow Casey the self-assurance and bravado that will assist him in the face of strong opposition. There is a defensive energy within this card, but I feel that he will control and channel this energy in a positive direction.

Casey Affleck is not considered a main stream actor and sees himself very much as an underdog. I feel that the Oscar Nomination has changed his perception and he will wish to remain very much in the spotlight.