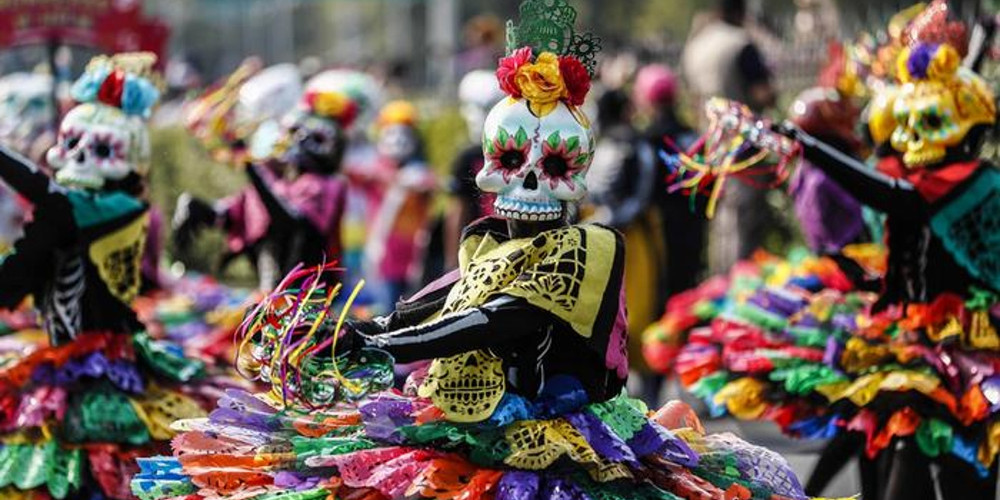 Dia de los Muertos or Day of the Dead is a Mexican holiday created to celebrate the love and lives of those who have passed. It is believed that the veil between life and death is at its thinnest during this time, as well. The festivities take place over a two-day period, November 1 and 2, All Saints’ Day and All Souls’ Day.

Some communities choose to honor only children who have passed on November 1, while November 2 is reserved for honoring adults who have gone on to the after life.

The origin of Day of the Dead can be traced back several thousand years to the Aztec, Toltec and other Nahua people, who considered mourning the dead disrespectful as death was seen as a natural progression of life; that new life was born of death. Because of this, the dead were still considered a part of the community and were kept alive in memory and spirit. It was believed that during Day of the Dead, deceased persons temporarily returned to roam among the living.

While it is primarily a Mexican holiday, Day of the Dead is quickly gaining popularity in the United States. People celebrate this holiday by having picnics at gravesides, all-night vigils, parades and prayer gatherings. It is widely believed that this is the best time of year to try and communicate with those who have passed so many Mediums find themselves in high demand.

Marigolds are the flower used in rituals and are often strewn between grave site and the altar to help guide the deceased back to their resting place. Many celebrations feature revelers donning elaborate and brightly colored costumes. People of all ages have their faces painted to resemble skulls — sugar skulls, that is. Sugar skulls are often brightly colored, somewhat exaggerated skulls to represent the departed soul.

The celebrations also feature a good deal of lively music and dance. One popular dance is “La Danza de los Viejitos” or the dance of the little old men. Boys and young men dress as little old men and walk around crouched over then suddenly jump up and dance around quite energetically.

Day of the Dead parades are rapidly growing in popularity, including in some larger United States cities. These parades feature celebrants donning brightly-colored ceremonial dress as well as very large skulls and complete skeleton on a rather grand scale. Day of the Dead may be a good time for you to connect with your own deceased loved ones on your own or through a conversation with a Medium and take advantage of the time when the veil is at its thinnest.

dayofthedead
Previous ArticleIs it Coincidence or a Divine Connection?Next ArticleHow to Dress to Get What You Want