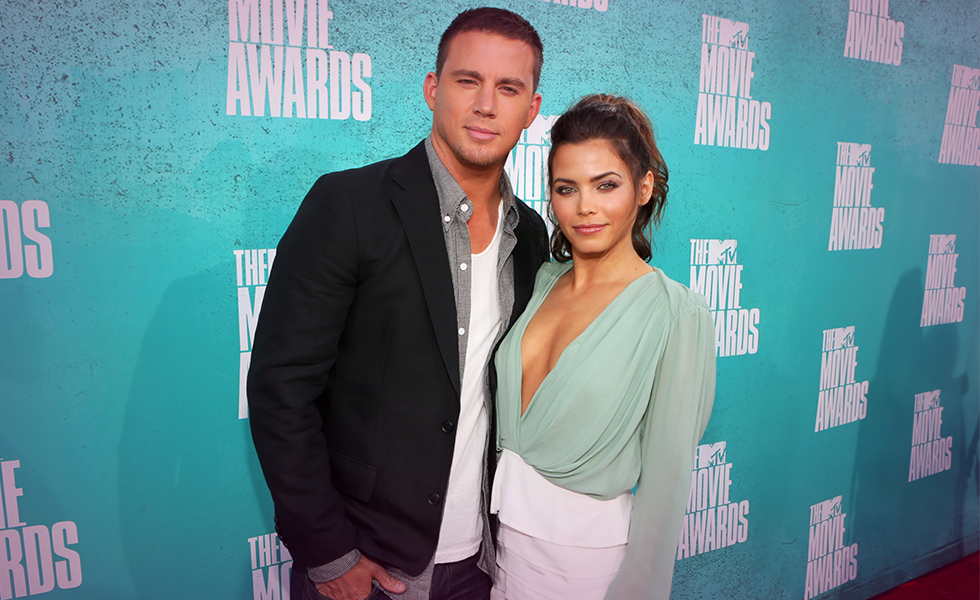 Some relationships begin with a coffee date or a trip to the movies. Channing Tatum 37 and Jenna Dewan Tatum’s 36 started with tequila, a sombrero, and Ugg boots. During her appearance on “The Ellen DeGeneres Show”, Jenna dished on her first night with Channing, which occurred while the two were filming “Step Up” in 2006. “He did this whole thing where he didn’t want to be in a relationship, so I was like, ‘Look, if you want to date other people and be free, that’s fine, but we’re not going to hang out and watch movies. You’ve got to figure out what you want, because I know I want to be in a relationship,’” Jenna, 36, told host Ellen DeGeneres. A couple days later, Channing went out for a “crazy wild tequila” night with fellow “Step Up” cast members and dancers. As Jenna recalled, “He said he had the chance ‘to be free’ and he couldn’t stop thinking about me.” Around two in the morning after his tequila rager, Channing went up to Jenna’s hotel room and started banging on the door. “I go and open the door, he’s going to kill me for this he’s naked, no sorry, he has underwear, a sombrero, and Ugg boots, and he’s like, ‘Let’s do this.’” Channing ended up spending the night in Jenna’s room, and of course, was still there in the morning. Production assistants on set were scrambling to find him until Jenna who had an earlier call time told one of them where he was. When the actor finally walked onto set, he was met with applause.

Despite it being 11 years ago, their love story is definitely one for the books. Channing’s version of how they got together was pretty much along the same story line as his wife’s. He admitted to Elle magazine that he was hesitant at first because he “had just gotten out of a pretty long relationship” and “was in no way ready for another.” In fact, he “was trying to run from what I knew Jenna was, not someone I was just going to date.” But one of my buddies was like, ‘What are you doing, man? She’s dope.” That night I showed up at her hotel room with a sombrero on, and that was it. We were drinking at a Mexican joint and I stole the sombrero off the wall.” The pair ended up getting married in the summer of 2009, welcomed daughter Everly in 2013 and have been bringing new meaning to the term “couple goals” ever since. Perhaps it was the sombrero that did it for Jenna? And that’s how it all began and they still continue to restore our faith in Hollywood romances.

Yes, They Are Well Suited For One Another

Seven of Swords:
This card represents avoiding commitment and running away from responsibility. I feel this aptly described Channing’s feeling when he met his wife but timing is everything in whether relationships work or not.

Eight of Cups: Inverted (Upside Down)
This card represents disappointment in love and life. I believe this card shows that both had hesitancy about a serious relationship but the card being inverted, those feelings were left behind due to right chemistry and timing.

Three of Cups:
This card represents celebration and joy and states the obvious. I believe they really enjoy each other and are very similar in personality and life goals. Also, a good healthy respect for one another. Odds are good this marriage will last for a long while.