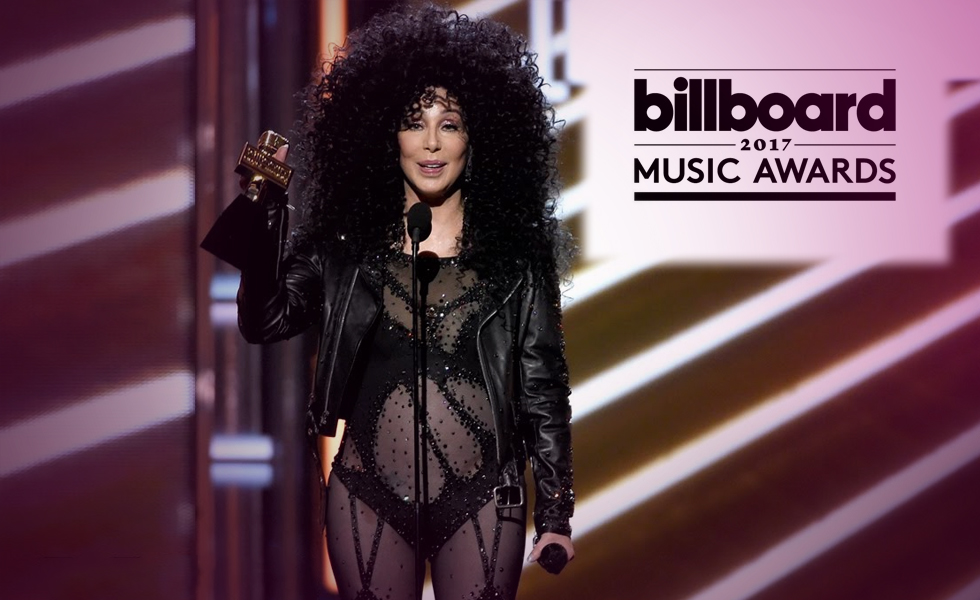 The spirit of the late ‘90s was alive and well at the Billboard Music Awards on Sunday night. Cher killed it onstage with her 1998 No. 1 song “Believe.” She then turned back time to 1989, performing “If I Could Turn Back Time,” in a similar outfit to the one she wore in her legendary music video filmed aboard the USS Missouri. After her two powerhouse performances, Cher was presented with the Icon Award by Gwen Stefani.

“So, I’ve wanted to do what I do since I was 4 years old, and I’ve been doing it for 53 years,” Cher said as the crowd broke out in applause. “That’s not an applause thing. I’m 71 yesterday. And I can do a 5-minute plank. OK? Just saying.” She continued, “I want to thank my mom. When I was really young my mom said, ‘You’re not going to be the smartest, you’re not going to be the prettiest. You’re not going to be the most talented. But you’re going to be special.” “And then when I met Sonny [Bono], he said the same thing. And there was really nothing about me that lead anyone else to believe that I was going to be special.” “I work with people you might not know, but they are like the greatest people in our industry,” she told the crowd. “And I just have to say I think luck has so much to do with my success. I think it was mostly luck and a little bit of something thrown in.” Cher has received in total 128 awards that include an Oscar, a Grammy, an Emmy, 3 Golden Globes and Best Actress at the Cannes Film Festival.

Cher kicked things off with a wild performance of her hit song rocking a skin-toned bodysuit and diamond-encrusted silver beaded strands that gave her a racy, almost nude appearance as she belted out the tune “Believe”. After a short video commemorating her legacy, Cher returned to the stage in her iconic black leather outfit with a towering, curly black wig to deliver a follow-up performance of, “If I Could Turn Back Time.” Cher was the first artist to see one of her songs reach the top spot on a Billboard chart in every decade from the 1960s all the way to the 2010s. “Believe” was a worldwide hit and with over 11 million copies sold, is one of the highest-selling singles of all time. In a statement released days before the show, Cher said she’s “honored to receive the Icon Award and to take the stage to celebrate my love of music with my fans.” “Seeing so many powerful artists, especially female artists, emerge and take their place in history through the years has been incredible,” she continued. “I’m honored to be amongst the previous Icon Award winners.”

Does Cher Really Believe That “Luck” Had A Lot To Do With Her Incredibly Successful Career?

Yes, she does. She has been around long enough to see many young talented singers and actresses never make it so she does feel blessed in that manner but she also knows without a doubt she worked her ass off to get where she is. So, I would say it is a mixed bag of emotions for her.

Five of Wands:
This card is about argumentative situations whether psychical or within oneself. I believe this card shows she kicked some butt on the way to the top and bucked the system in many ways.

Seven of Swords:
This card is avoiding an issue or running away from a commitment. I feel this card is about Cher making a decision of when to stop performing. She has “retired” twice now and keeps coming back with even greater success, so it is a hard one for her as she loves the music and performing so much.

Nine of Swords: Inverted (Upside Down)
This card is of depression and the loss of joy. Since the card is inverted, I believe the card shows she has a personality and life drive that consists of as long as she stays busy doing what she loves, she is happy! Retirement is definitely not next year for Cher. Lol!

Billboard Music AwardsCherIcon Award
Previous ArticlePippa Middleton Marries James Matthews In Beautiful Ceremony With Lots of Royals!Next ArticleJennifer Lawrence Will Not Apologize For Having Fun At A Strip Club