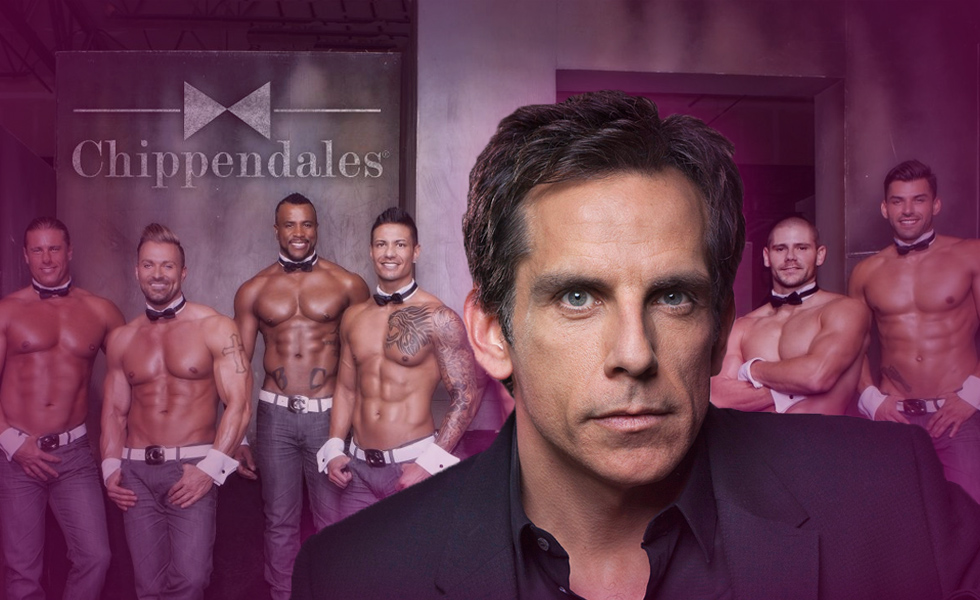 The Surprisingly Sordid Tale Of Chippendales Is Becoming A Movie

Chippendales is now known as a kitschy Las Vegas striptease extravaganza at which bachelorette parties and wasted moms scream their faces off while getting lap dances from oiled-up beefcakes in thongs and tiny bowties. But it turns out the cheeseball fantasyland has a surprisingly dark story behind it’s origin. A film chronicling the rise and fall of the male exotic dance empire, billed as ‘Magic Mike’ meets ‘Scarface,’ is allegedly in the works. In fact, it has been for 20 years. (That’s how long producer David Permut has been trying to make it.) According to the Variety, “Lion” star Dev Patel is in talks to play Steve Banerjee, an immigrant from Bombay who ditched his gig at a Mobil gas station to purchase an LA dance club and inaugurate a “male exotic dance night for ladies only.”

That’s where Nick DeNoia, supposedly set to be played by Ben Stiller, steps in. Formerly a children’s television producer, he took over recruiting male dancers, choreographing numbers and arranging tours for the Chippendales venture. The business was a hit and soon raked in $8 million a year from the club, tours and related X-rated calendars. Yet the wet, hot American dream soon turned sour, as the excess of Chippendales money, drugs and sex resulted in arson, racketeering, murder and suicide. Banerjee went to jail after orchestrating the murder of DeNoia and also pled guilty for attempting to burn down rival clubs and hiring a hit man for other murders, then hanged himself in his cell. Needless to say, the Chippendales story isn’t all body rolls and air humps. But it does seem ripe for cinematic treatment. “It is a true life “Boogie Nights,” a wild ride through the seamy underbelly where entertainment and criminality meet, during a period where the pendulum swung toward female sexuality.” The film is still in want of a director, but producers plan to begin production next year. Now if that doesn’t make you scream wildly like a mother of three, several Long Island Ice Teas deep, I don’t know what will! LOL!

Most Businesses Who Sell Sexuality Have Some Seedy Story Behind It, So Really No Big Surprise

It should do fairly well at the box office, if just for the view of the dancers. If not done with any character depth, it also has the potential of going quickly to DVD land.

Three of Cups: Inverted (Upside Down)
This is a card of joyous celebration. Being pulled inverted it clearly states what started as a fun and wild lucrative business based air humping sexuality for women turned into something disastrous from greed.

Seven of Wands: Inverted
This is being challenged and making a stand. I feel the initial idea of an all-male exotic show was prime for the taking at the time but inevitably consumes the maker if pulled into the excesses of it.

The Hangman: Inverted
This is victim energy and not being able to let go of the past when pulled inverted. I believe this is where their dream of success dismantled for both men involved. One feeling that the other was taking advantage in some way and both with a mistrusting nature and predilection to push the limit.

Is Your Bad Luck By Design Or Created By You?