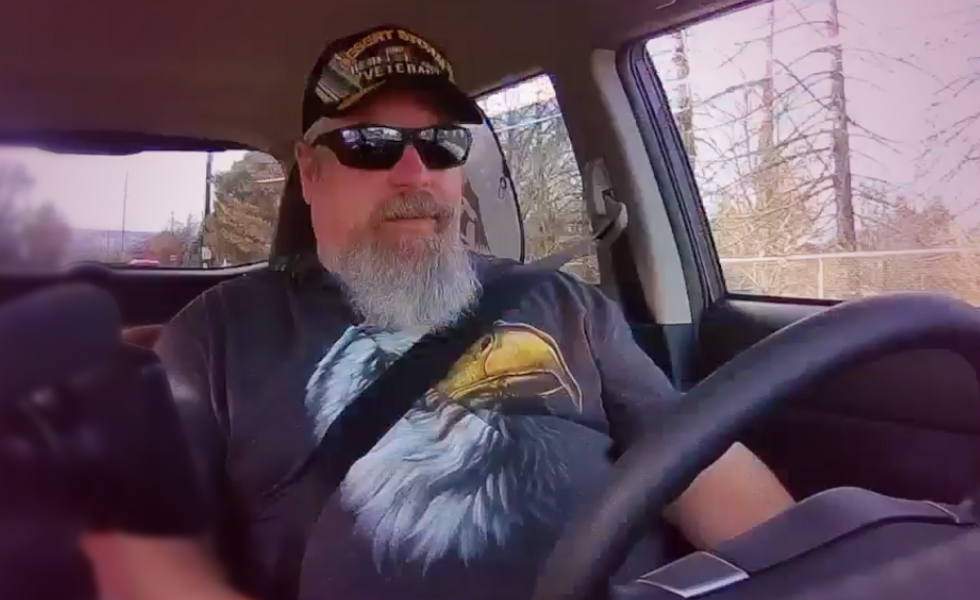 We take so many things for granted. Running water, a hot bath, food, shelter for the night. Not everyone has that. In fact, the sad ‘phenomenon’ is more common than one would think. Not having a proper home is one of the worst things that can happen to someone. Of course, what one would call ‘proper’ depends on many factors. What and who decides whether someone is living under ‘normal’ circumstances or not? There is a suggested person per square mile measurement, but is that all that matters?

Chris Cline is a disabled Navy veteran. While before he was fighting for his country, now he is fighting for a home. Being confined into a tiny space within a storage unit in Denver, he says he doesn’t have a choice. He is working full time, and yet he is unable to afford a flat of his own. He went from renting a basement flat to a room, and now a 70 square-foot metal box. That’s where he has been living with his dog for 2 years now.

Coming back from war is never easy. One has to start over, with little or no help from others. Cline’s family lives far and it’s a catch 22 situation. Still, he is proud of what he has done for the country. And so he should be. He never thought that he would have to fight this type of battle when he gets back.

Coming back from war is never easy. One has to start over, with little or no help from others. Cline’s family lives far and it’s a catch 22 situation. Still, he is proud of what he has done for the country. And so he should be. He never thought that he would have to fight this type of battle when he gets back.

The storage unit gets cold in winter and he might even be violating the law. People can’t really live in storage units in Denver. Does he have another choice? What should he cut back on, so that he can afford a place to stay? Increasing property prices have been an issue for the past years, and not just for Cline. People are being ‘forced’ to downsize, to slowly decrease their living space. When will it end? What’s in the near future of Cline? Let’s ask the cards.

Eight of Swords:
This card represents how Cline feels: lost, forgotten and isolated. He is being punished for something he hasn’t done and feels like everyone abandoned him. The solution seems miles away. He has lost his power somewhere along the way and is waiting to be rescued. However, this card is a reminder to take action and take back control.

Ten of Swords:
These are difficult and challenging times. However, just like the Eight of Swords, this card suggests that the solution is in Clive’s hands. He is a victim, true, but the difficulties will soon be over. There is a new awareness surrounding the situation and the next step isn’t far away, either.

The Hierophant:
The desire to have something more solid and conventional is strong. I do believe that this desire will help get rid of inhibitions and fear. Clive needs to take back control over his own life and he will succeed.