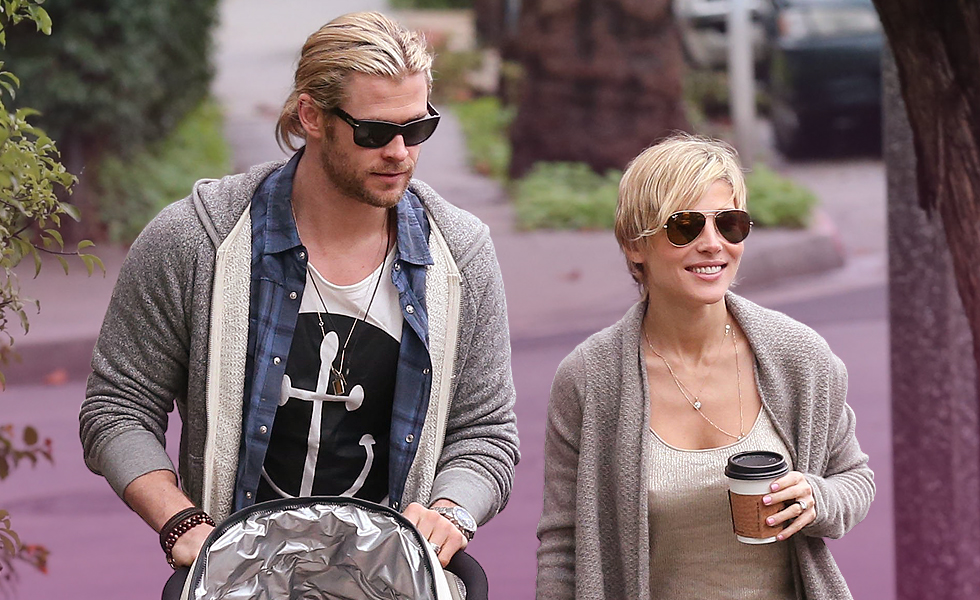 Chris Hemsworth tries to nip relationship problems in the bud!

Chris Hemsworth took to the social media to put a stop to rumours. Apparently, someone had been saying that his marriage to Elsa Pataky was in trouble. So, Chris responded on Instagram with a photo of the two of them on a boat looking out to sea captioned “Honey you still love me?” Well, the whole marriage thing happened very quick for them. So, there are those who are just waiting for the chance to say” I told you so.”

Well, Chris, I must commend your style. A simple photo appears to answer all the doubters out there. And shows that everything is sailing along nicely (forgive the pun). With three children to your name and six years of marriage, it’s hardly possible to say you rushed into anything. I think your history has proved that love, at first sight, can and does happen. If not, it’s certainly taking you guys a very long time to realise it doesn’t. Well, it’s good to see things are still on track and you can set an example for those who are thinking of following your lead.

As per my Fellow-reader, “Timea’s” advice that you needn’t look for another wife yet. You seem to be confirming that you have no intention of doing do. Let me spread some cards on your comeback and see what they say.

The Queen of Cups
This card shows Elsa’s devotion to her family. She is not the type to drop everything and walk away. Nor, let me make it clear is she a fool. The Queen which represents Elsa speaks of an intelligent homemaker. One who knows what she should expect from her partner and will accept nothing less. It would be very unwise to take her loyalty for granted, devoted mother or not. The Queen demands respect.

The Three of Cups.
Obviously, this represents your children. They are the energy of life within the marriage. Although the spark that started all this was there long before the children. They are its product, and you don’t have to be a genius to figure out how both of you feel about them. Everyone talks about the perfect family. Family present a united front to the world and fight all their fights within. This is a normal family. And that private part of it belongs to you, not the media.

The Nine of Wands.
This card represents the glue that keeps you all together. It is the energy card which controls everything. I have no doubt Chris that you have your faults, but you also have your gifts. Elsa is aware of both. She has managed to balance them well for six years, I think she can continue to do so into the future.

There is no marriage out there which does not have its ups and downs. The difference is when you are in the public eye, every little detail is blown out of proportion. In the media, divorces are celebrated like weddings as food for talk. But your Marriage gives off an air of normality which is rare in the celebrity world. Keep going the way you are, and remember. Anything worth having, is worth fighting for.
We wish you both well into the future.

How Much Is Too Much When You Love Someone?

Releasing Burdens With The Ten Of Wands Tarot