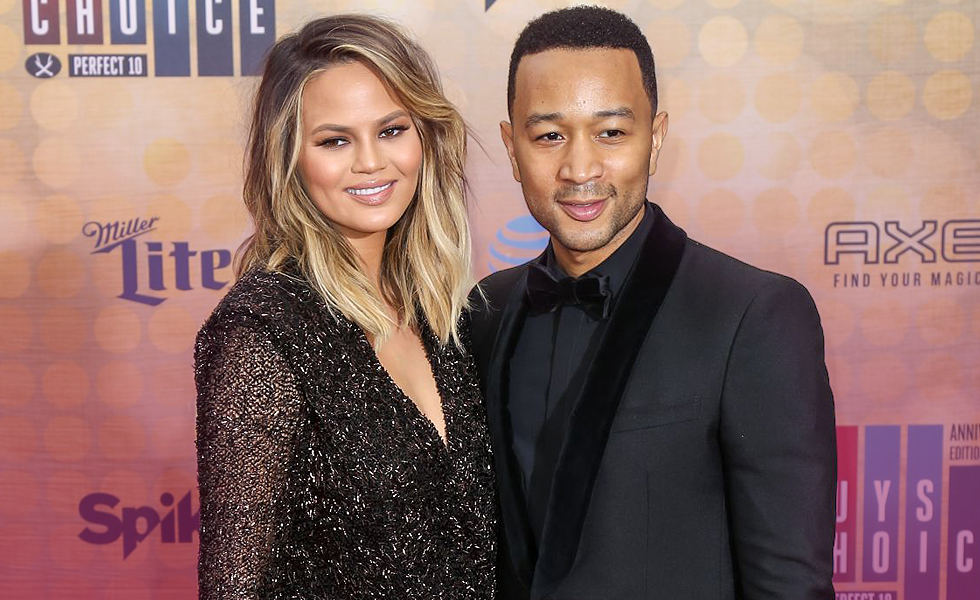 Chrissy Teigen back on track?

Chrissy Teigen and singer John Legend have been spotted out and about in London with their 6-month-old daughter Luna. The doting mother and dutiful husband of three years appeared happy and relaxed in matching ripped jeans. Chrissy has been busy on social media updating her fans with the family’s jet-setting and she also shared a snap of the legend himself feeding their beautiful and well-travelled baby girl The 30-year-old famously made her twitter account private.

She said that there are no regrets in taking this action and revealed that it was life changing for her. Chrissy maintains that she loves interacting with her fans and being able to reach out to them. She recently faced criticism from one of her followers who tweeted that Chrissy was holding her baby in an incorrect manner. This was not taken lightly and she responding in a similar tone with back and forth tweets. The supermodel is the latest celebrity alongside Kim Kardashian-West to step out in the latest Yeezy transparent plastic sandals. So is Chrissy back on track following the recent twitter drama. Let’s see what the cards say today.

Chrissy drew the Four of Hearts, the World and the Wheel of Fortune.

The Four of Hearts There is a reflective energy and a feeling of the quiet after the storm. Chrissy has made positive changes in her world following a period of re-evaluation.

The world shows completion. The whole twitter saga has now settled and she is engaging with her fans in the manner that suits her authentic self. Chrissy has managed to unite and balance the harmony that was sought after and this card shows that real success has been achieved.

The Wheel of fortune is representative of the temporary loss of direction but it is a process that she had to go through. Yes, social media is an important part of Chrissy’s life but it had to be on her own terms.

Chrissy will continue to think ahead and consider her own actions and whether she finds herself at the top or the bottom of the wheel of fortune, she will continue to take responsibility for her life and what happens to her. I feel that Chrissy has found a more effective way of maintaining her public persona and private life.