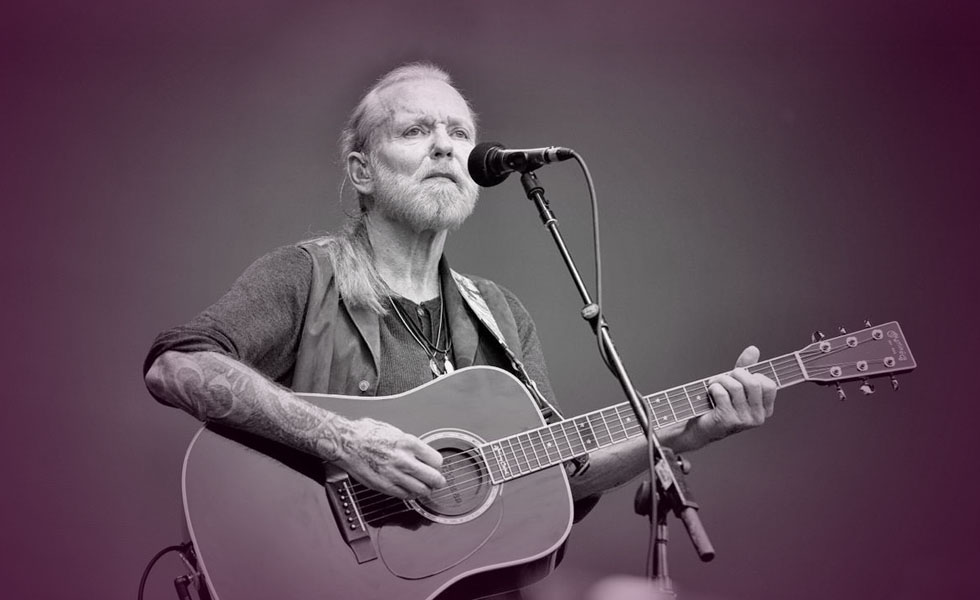 Rest easy, midnight rider. Gregg Allman “passed away peacefully at his home in Savannah, Georgia,” according to a statement on his official website. “Gregg struggled with many health issues over the past several years. During that time, Gregg considered being on the road playing music with his brothers and solo band for his beloved fans, essential medicine for his soul. Playing music lifted him up and kept him going during the toughest of times.” He along with his brother Duane, helped to create their successful classic rock band. With that came not just music, but drugs, women and at times tragedy, including the early death of Duane. In his later years, Gregg Allman developed hepatitis C, and suffered from an irregular heartbeat and a respiratory infection and had to have a liver transplant. In 2017, he canceled a planned summer tour that sparked worries about his health.

The brothers hated the military school their mother sent them to but found their footing in music while there. “I learned to play mostly from black people,” Allman told The Guardian in 2015. “We used to listen to a station that called itself ‘The black spot on your dial.’ It played Muddy Waters and Howlin’ Wolf, and it hit Duane and me like spaghetti hitting a wall.” By the time the Allman Brothers Band was formed in 1969, Gregg and Duane were legitimate country hippies, long-haired, drug-smoking free-loving spirits. Duane played guitar with Gregg on vocals. The Allman Brothers Band blended country, jazz, blues and Southern rock in such seamless riffs, pounding drums and twangy vocals that it earned them a place in the Rock and Roll Hall of Fame in 1995 and a Lifetime Achievement award at the Grammys in 2012. The movie “Almost Famous” was also inspired by the band. The Allman Brothers Band produced their biggest hits in the late ‘60s and early ‘70s, including “Ramblin’ Man,” “Midnight Rider” and “Whipping Post.” During those early years, he and his bandmates were experimenting with drugs, including (but not limited to) PCP, cocaine and speed. The band loved psychedelic mushrooms so much, they made them their unofficial logo and tattooed a mushroom on each of their calves. In 1971, just as the band found itself being propelled into stardom, Duane Allman died in a motorcycle accident at the age of 24. Gregg Allman married singer Cher in Las Vegas in 1975. The marriage lasted nine days, ending after Allman allegedly pulled a knife on her while trying to score heroin. They reconciled after learning Cher was pregnant with their son, Elijah Blue but they later divorced in 1977. The final straw was reportedly at an awards show, Allman passed out face-first in a plate of spaghetti. Allman eventually embraced sobriety. “I’m doing great,” Allman told the Savannah Morning News in 2013. “I’ve been clean and sober for 19 years.”

The Allman Brothers Were An Anomaly In The Hard Rock Era For Their Seamless Blending Of Different Sounds and Gregg Allman’s Haunting, Wailing Vocals.

Gregg Allman was definitely one of the great classic rock n rollers but like many of that era, the body inevitably pays the price for all the hard partying drug days!

The Moon: Inverted (Upside Down) This card is creative potential and the seeds of new growth. Since inverted, I feel that Gregg just wanted to keep on creating music till his last breath and was discouraged his bad health would not let him.

The Tower: Inverted
This card is being blind-sided in life with something. Drawn inverted, I would say his health took a drastic turn for the worse but Allman kept on working through it until he couldn’t.

Judgement: Inverted
This card is about big change coming to a life situation. Pulled inverted, Gregg knew how ill he was but took the approach as long as he could stand up, he would perform.