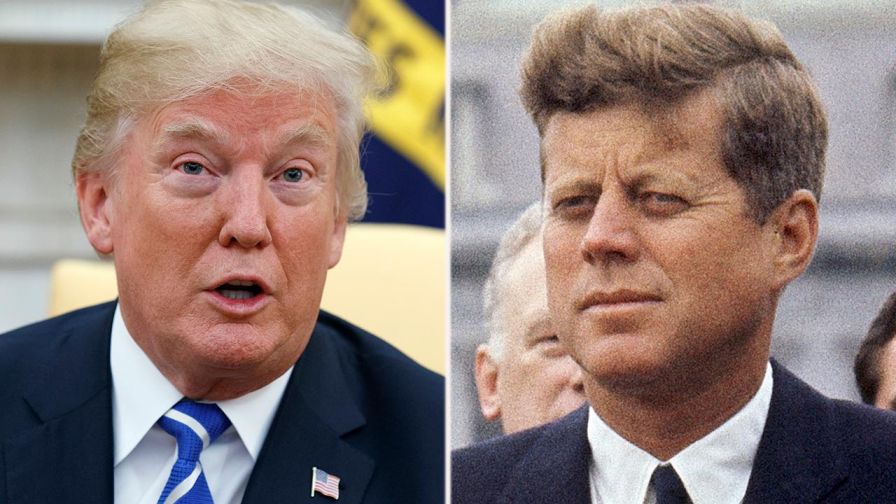 On November 22, 1963, the 1000 days of the White House “Camelot” came to an end when John F Kennedy, the 35th president of the United States was assassinated in an open-air riding car during a parade in Dallas Texas. Anyone who has lived long enough to remember that day, will forever carry the waves of shock, sorrow and disbelief. John F Kennedy was the youngest president ever elected and the first Catholic.

Kennedy and his wife Jacqueline Kennedy, were representative of a young, attractive and liberal minded role model of the 60’s movement of youth, free love and change. During his term in office he pushed against many of the old accepted ways, segregation being the biggest. He was only president for 3 years, when he was shot and killed at the age of 46 but he is still considered one of the greatest U.S. presidents.

Yes, the countless conspiracy stories still go on. He had rumored affiliations with the then powerful mob leaders who supposedly helped get him elected, which made enemies of the so called “secret government” who are really run our country. The most widely spread rumor is of course that then Vice President Lyndon B Johnson had him killed to be president.

When Lee Harvey Oswald was caught and charged with the crime, even Russia came into the picture. Two days later, Oswald himself was shot and killed by Jack Ruby, a man who had strong mob ties. All of these events fueled the conspiracy suspicions of who exactly orchestrated Kennedy’s assignation. Surveys show a majority of Americans still distrust official evidence pointing to Lee Harvey Oswald as the only killer.

President Donald Trump has tweeted (of course) that he intends to allow the release of classified government documents about the assassination, “subject to the receipt of further information.” Trump’s tweet comes as he is staring down an October 26 deadline set in law by Congress mandating the public release of the still-secret documents — including FBI and CIA files — barring any action by the President to block the release of certain documents.

“Subject to the receipt of further information, I will be allowing, as President, the long blocked and classified JFK FILES to be opened,” Trump said, appearing to leave open the possibility that some documents could still be withheld. Over the years, the National Archives has released most documents related to the case, but a final batch, amounting to tens of thousands of pages, remains and only Trump has the authority to decide whether some should continue to be withheld or released in edited form.

Trump himself is no stranger to the controversies and conspiracy theories that have long swirled around the assassination of the 35th president. During his 2016 campaign, Trump made the unfounded claim that the father of GOP rival Sen. Ted Cruz was associated with Kennedy assassin Lee Harvey Oswald, a claim he has never reneged nor apologized for. Cruz’s father Rafael has called Trump’s allegations that he was pictured with Oswald in New Orleans before the assassination “ludicrous.”

Kennedy’s family, particularly the patriarch Joe Kennedy, stepped on many toes, made promises and broke almost all of them to people you don’t break promises to in order for his son to be elected. So, the many possibilities of who is really responsible could be out there in left field as people believe they are. I definitely feel the government was in collusion to keep the American people from ever knowing the real truth. Now that most everyone involved is dead or unimportant, Trump may get a few more papers released but if the government did cover up any relevant information, they will not want to be held suspect.

classifiedDonald Trumpjfklee harvey oswald
Previous ArticleThe End of the World is Approaching – According to NewtonNext ArticleWill I Get Back Together With My Ex?