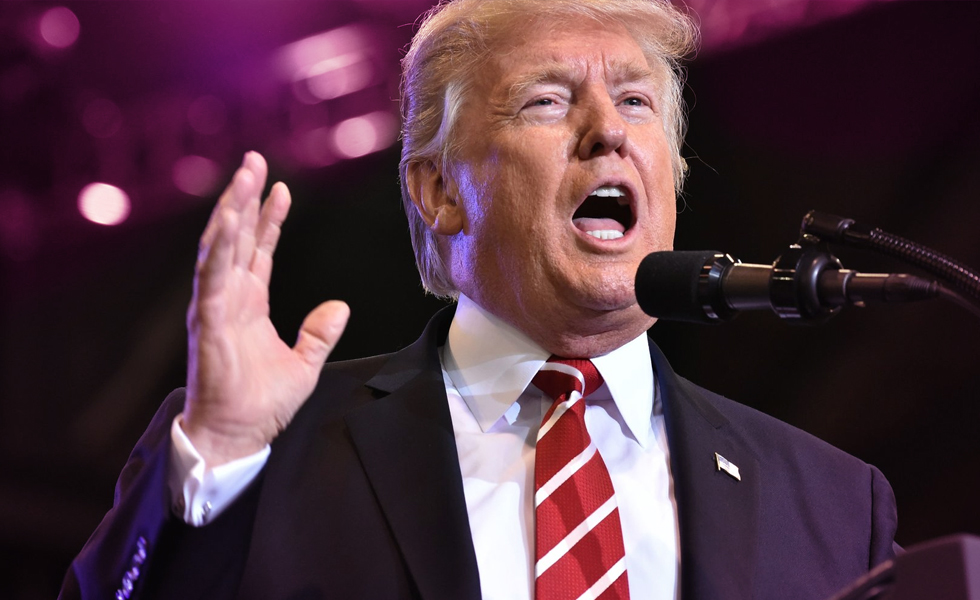 Trump’s rallies are now exposing more and more of his unstable thinking. Those observing his behavior and speech content are now speaking out boldly, questioning his mental capabilities of running this country. One speech after another, not even including the countless Twitter remarks, have the news media and his own political staff wondering if he might be losing a sense of reality. It is a frightening when you cannot follow a sensible train of thought from someone who has the power to say for instance, start a nuclear war with just one push of a button. It has been made very clear by the Defense department that there are actually no safeguards in place in line of command to stop Trump from doing just that. Members of a CNN panel on Tuesday openly questioned whether President Trump is mentally fit for office after this last rally in Phoenix.

The rally was completely out of control, even by Trump’s standards. He accused the media of “trying to take away our history, our heritage,” and threatened to shut down the federal government in order to get funding for a wall between the United States and Mexico. CNN commentators said it was difficult to watch Trump speak and not question whether he was fit for office. They discussed the 25th Amendment, which allows for the vice president to initiate a process by which the president can be removed from office if his Cabinet deems him to be unfit. “There was no sanity there. He was like a child blaming a sibling on something else,” CNN’s Don Lemon said immediately after the rally. “A man clearly wounded by the rational people who are abandoning him in droves, meaning those business people and the people in Washington now who are questioning his fitness for office and whether he is stable.” David Chalian, CNN’s political director, said Trump was “totally unhinged” during the speech.

Rick Wilson, a conservative pundit, went even further. “It was an astounding chain of lies tied together by lunatic asides by a man who obviously is mentally unstable. I mean, I’m not joking about it or being a smartass; this is a man who is not well,” Wilson said. “This is a man who is not qualified or mentally or morally fit to be the president of the United States and tonight was one more proof of it.” “He alternated between being a whiny 6-year-old who’s had his Nintendo taken away and between being the cranky old man who’s being out there condemning everyone who doesn’t worship him adequately,” he added. “I know the 25th Amendment is a remote possibility, but if people around him don’t think this guy is absolutely batcrap crazy, they are mistaken.”

Trump was a little crazy when he took office but he is now showing signs of a possible mental breakdown with his irrational comments and speeches. The tides are turning against him in all corners and those in power are realizing something must be done. Since they have learned the hard way, you can’t shut him up or stop him, the next step will be to remove him or force him out of office by resignation.

The Emperor: Always needing to be in control and to be right. Most always when I write an article about Trump, this card comes up. I would say it is fairly accurate.

Three of Pentacles:
Inverted (Upside Down)
Future success of a life situation. Since drawn inverted, it supports the steady decline of Trump’s presidency.

Two of Cups:
New relationship being built. I believe this card was pulled for the simple reason of what capitol hill is beginning to want, someone to build a stronger relationship with to run this country.

CNN PanelDonald Trump
Previous ArticleA Brief History Of How Katy Perry Has Always Rocked The MTV Music AwardsNext ArticleGeorge And Amal Clooney Give $1 Million To Fight Hate In The U.S.

How Saying “But” or “I Can’t” Takes Your Power Away