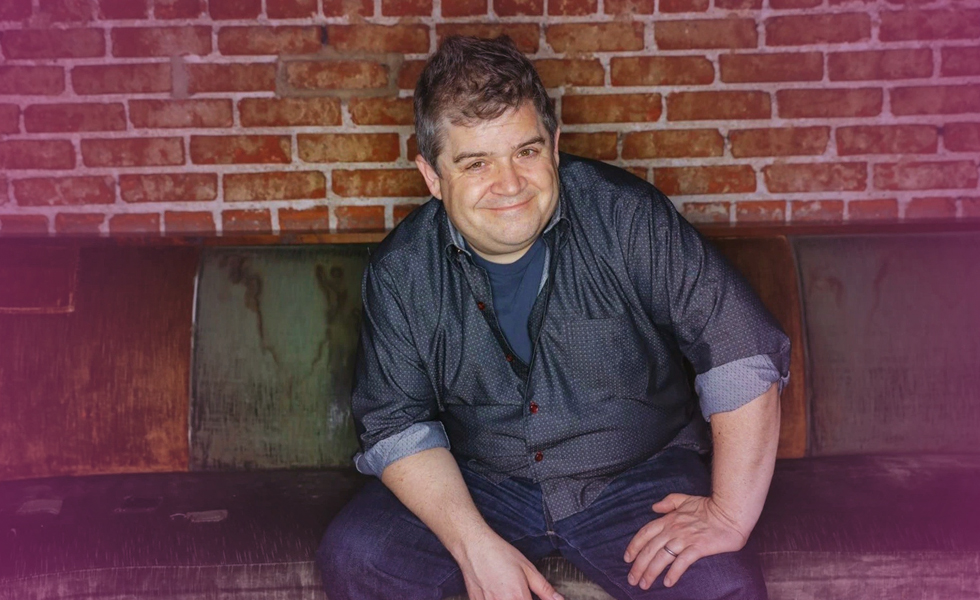 As Patton Oswalt opened up about his coping mechanism after the unexpected death of his wife Michelle McNamara, we all have to ask ourselves what place would we go to when faced with the loss of someone we loved dearly without warning. Everyone is given that “space” to mourn but all too often, there is a general consensus of getting back on the horse and keep on moving as quickly as you can. If you do not have an anchor in your life to hold on to readjust to the void, as Oswalt revealed, you can go down that rabbit hole and sometimes never recover. He tells encouraging story of how a father’s love saved him from that dark place and filled it with making things right for her.

The comedian recently opened up about that special bond he has with his 8-year-old daughter, Alice, that helped him cope after the unexpected death of his wife in 2016. In a new interview with Playboy, the comedian revealed the crucial role his daughter played in helping with his healing. “This is going to sound selfish, but I’m forever glad that I have Alice,” he told the magazine. “If I hadn’t had a daughter and my wife died, we wouldn’t be talking right now. I’m not saying I would be dead, but I would be a shut-in alcoholic.” Knowing he had to take care of his daughter kept Oswalt from plumbing the very depths of his grief. “With Alice, it was and is ‘You got to get up,’” he continued. “There are mornings when we’re late to school because I’m sad, but I’ve still fucking got to get up. A night when I’ve had maybe one scotch with some friends, I’ll say, ‘That’s it. I’ve got to take her to school tomorrow.’” Oswalt also shared that he would wait nearby in his car after dropping Alice off at school following McNamara’s death, just in case she needed to be picked up. “I didn’t want to leave,” he said. “I just wanted to sit out there and wait. I know that kids go through sad stuff and scary stuff, so I called in favors like you wouldn’t believe just to give her little special moments. Yes, that was a bit of show-biz privilege, but fuck it. If you’ve got it, use it.”

The comedian also shared that Alice attends a grief group for children called Our House. He explained how he managed being a single father immediately following McNamara’s death. “There were times when she was a little kid in a house with a father who was sort of shut down and having trouble talking,” he said. “There were times when I had to get her to play a game on her iPad or start a little project, and then I would say, ‘Oh, let me go upstairs,’ and I would go put my head in a pillow and just scream and cry because I didn’t want to break down in front of her.” In a GQ interview, the comedian explained, “I’m moving forward — clumsily, stupidly, blindly — because of the kind of person Alice is. She’s got so much of Michelle in her. And Michelle was living her life moving forward. And she took me forward with her. Just like I know Alice will.” Oswalt had a difficult year and half but he has moved through it with the help of Alice and is enjoying life again. He is now engaged to actress Meredith Salenger. Alice helped him propose and now social medial is filled with pictures of the three of them creating a new family.

We all tend to forget that actors, comedians and music stars are real people with deep emotions that have to be dealt with when life drops that bombshell on you. I believe that Oswalt kept his heart open for his daughter and in doing so, brought new love in his life…. not a replacement but a new chapter.

The Star:
Everything turning out ok. Could not have pulled a better card for the outcome of Oswalt’s story.

Queen of Swords: Inverted (Upside Down)
A strong woman who speaks her mind and might carry scars from past hurts. Since pulled inverted, I feel Oswalt’s wife was his rock and foundation and found it hard to accept that she could not pull through anything.

The Chariot: Inverted
Overcoming fears of what the future holds and moving forward. Pulled inverted, indicates that Oswalt still deals with the loss of his wife but tries to hold onto the good memories and while making new ones.

Tarot For Healing After A Breakup