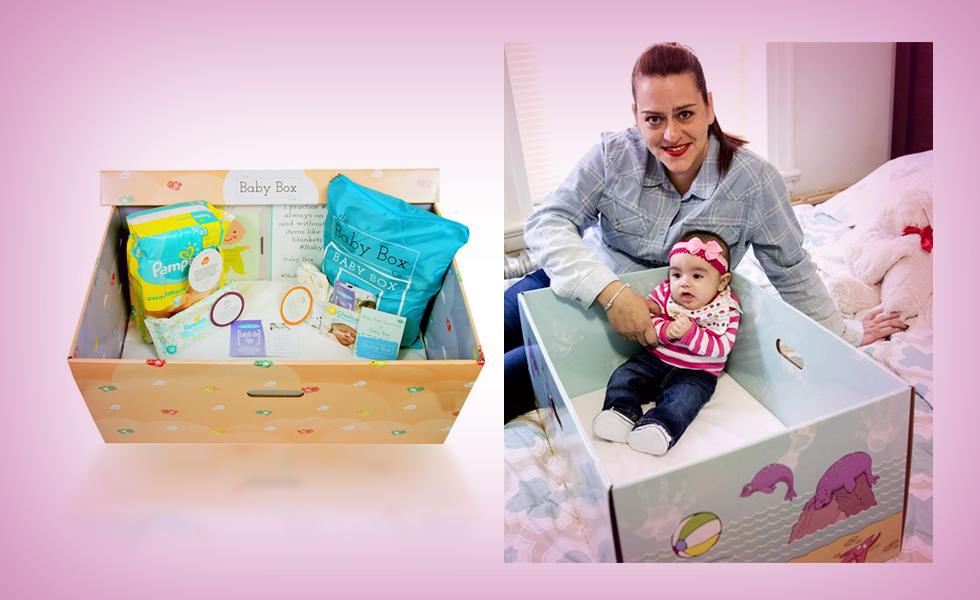 There is a ‘new’ trend on the horizon, one that could save babies’ lives. The method is unconventional, but might just be what we needed all along. To help the transition, hospitals are working together with a Los Angeles based company to make this accessible for free. What is this new trend and why is it safer than what we had before? The idea is very simple indeed. Instead of cribs, mothers are receiving baby boxes, filled with lots of goodies for the little ones. First New Jersey and now Ohio is joining in on the baby initiative.

Mothers have been placing their new-borns into cribs since the practical items were invented. However, it appears that the crib itself might have been the cause of many infants’ death throughout the years. Parents thought that placing toys with their kids while they were asleep was a good idea. Sure, it might have helped them fall asleep quicker. In many cases, unfortunately this lead to the child suffocating, or strangling himself.

The fact that the little ones can move around freely in cribs doesn’t help, either. Experts discourage parents from sleeping with their new-borns, or from placing them onto their stomachs while sleeping. Not to mention that many parents can’t afford the expensive equipment. So, researchers started to look for alternative ways. That’s how the idea of a baby box was born. Okay, the fluffy, ‘cute’ cribs are definitely nicer to look at. The idea of placing one’s child in a box might make some cringe. However, it might be a safer option.

The concept has been working perfectly in Finland since 1949. That year, their infant death rate reduced from 65 deaths per 1,000 babies to 3.5. That’s a huge impact and it’s no wonder America is trying to copy this method. The only question is what took nearly 70 years to do so. Is it really safer? Let’s ask the cards.

Two of Wands:
This ‘new’ method forces people to step out of their comfort zones. It is unconventional, an idea that has just come to fruition (well, in US at least). Everyone has to decide for themselves whether they will give it a go or not. People still see it as something risky. They know what it has to offer, yet they are afraid of grabbing it.

The Tower:
What people thought they knew crashed in front of their eyes. There is a need to accept what happened and move on.

The Moon: People are looking at the baby box and say: okay, this is good. I’ve been using something else for a hundred years, so why change now? They are on the brink of discovery, but it will still take time before everyone takes the next step.