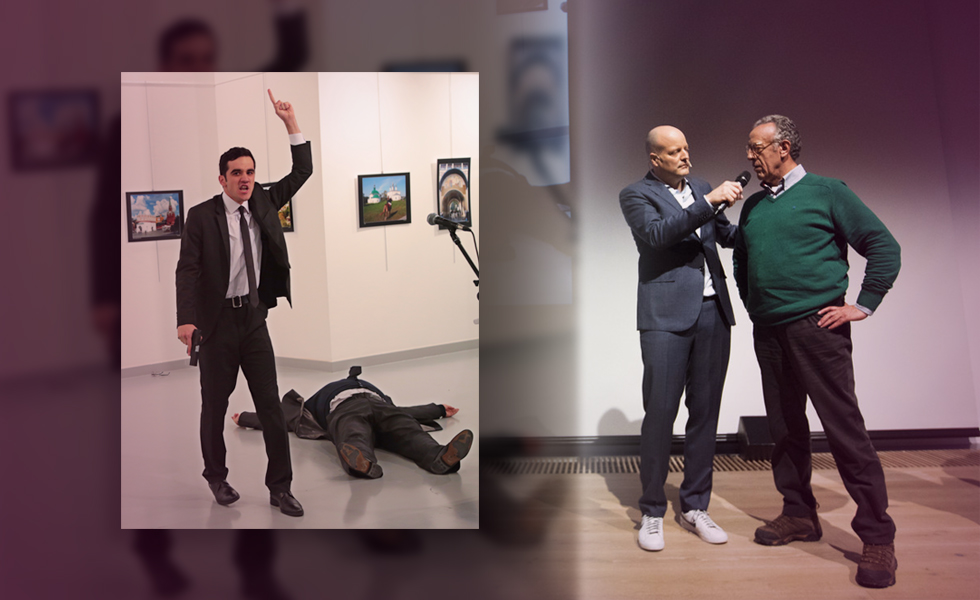 It isn`t the first time that death appears in the winning photograph. The World Press Photo Awards have seen many emotions throughout the years. Each and every year a striking photo was chosen to earn the title. Some were about love, while others about war, but one thing was common in all of them. They told a story, one that needed to be heard. Their message was unexpected and shocking in a way. Some because they seemed so `natural`, while depicting an unnatural event. Others stood out for their point of view or their lack of inhibitions.

This year, the jury had an even more difficult task when deciding which photo to choose. One stood out from the rest, there was no doubt about that. The question was whether it would be okay to select it as the winner. It is “an explosive image that really spoke to the hatred of our times”.

The photo in question was taken by Associated Press photographer Burhan Ozbilici and captured a terrifying event. He was attending the launch of a new exhibition, one that ended in tragedy. A Turkish gunman assassinated the Russian Ambassador to Turkey. One could say that there was a reason for Ozbilici`s ability to capture it all on camera. He managed to stay calm and record the event. As he put it, he has a “responsibility” to do so.

“Every time it came on the screen you almost had to move back because it’s such an explosive image and we really felt that it epitomizes the definition of what the World Press Photo of the Year is and means.” Mary F. Calvert, one of the jury members said.

Not everyone agrees with the jury`s decision. They claim that the winning photo should encourage positive change and development. They say that giving this photo the highest prize is like giving ransom money to kidnappers. It only fuels what it`s about: rage and hatred. Either way, the photo has been chosen. Let`s consult the cards to see what they say about the situation.

Queen of Cups:
This photo serves like a mirror, as the jury said. Not only about hatred, but other human emotions, too. Compassion, caring and love. Violent death always has a mixed effect on us. It makes us feel sad, angry, but most of the times it also opens our eyes. Remembers, emotions are there so that we can `feel`.

In this case the Hierophant represents the institution of the Word Press Awards. They have a huge impact on how people see things. Especially the winning picture. Education and the pursuit of knowledge are both key here. Living a sheltered life isn`t an option any more.

The Fool:
This photo has both the end, and a new beginning in it. It`s time to look deep within and start all over again. It`s never too late.