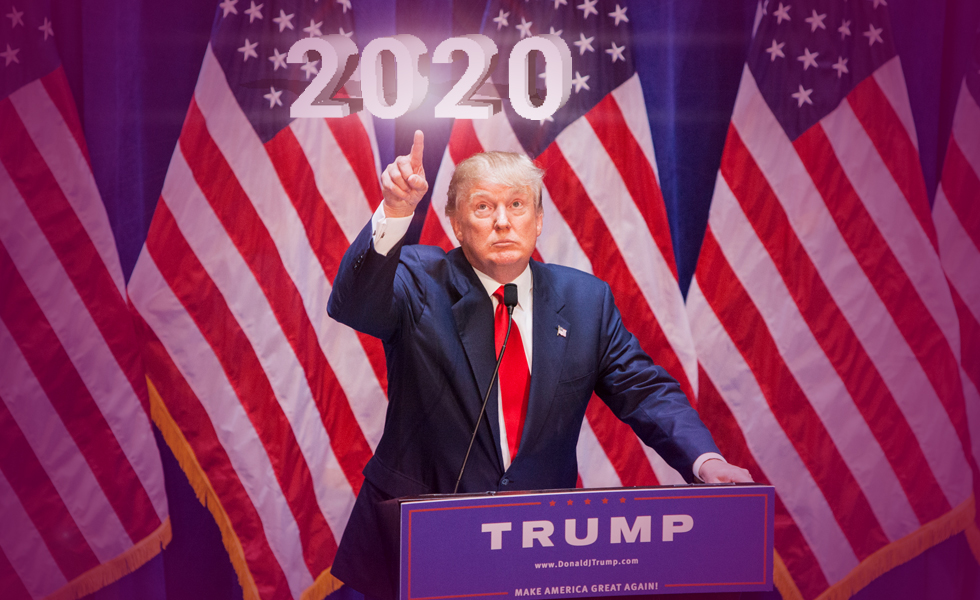 Donald Trump for President in 2020?

The President-elect’s inauguration ceremony is due to take place in a weeks’ time and while Mr Trump is waiting for the big day he’s already considering 2020.

Team Trump’s campaign committee will continue indefinitely to maintain Mr Trump’s position. The group will be led by Michael Glassner and the focus will be on fundraising for Mr Trump’s 2020 re-election in conjunction with the Republican National Committee.

Currently, Mr Trump intends to appoint Dina Powell as assistant to the president and senior counselor for economic initiative. Ms Powell has acted as an adviser in the past to Ivanka Trump albeit in an unofficial capacity.

Frank Walter Steinmeier, Germany’s foreign minister has commented on Mr Trump’s unusual communication style. He believes that Mr Trump has yet to find his own way of working. Although he did say that it’s unlikely that Mr Trump would be able to express himself fully as president via twitter and added ‘I wouldn’t be able to formulate a foreign policy idea in 140 characters’. Give him a chance Mr Steinmeiser, he hasn’t been sworn in yet.

It does raise the question: “Will Mr Trump’s presidential style trump all other Presidential styles before him with this new-fangled communication style?” Let’s see what the cards say.

We drew the King of Pentacles, the Judgement card and the Lovers card.

The King of Pentacles
This represents self-discipline, a strong sense of purpose and success in a material capacity. If Mr Glassner is already considering fund raising in readiness for 2020, this card says that the money will be there at the time that it is required.

The Judgement Card
This reveals enforced change whether we like it or not. As many have said, people voted for Mr Trump, and this is who will be sworn in on Friday January 20th. The President-elect is fully aware of what he represents and of his ultimate goals.

The Lovers Card:
This is Mr Trump’s significator and the astrological sign Gemini. The question of whether Mr Trump will be president in 2020 may be a little premature but his team do not seem to think so.

The cards say that it is entirely possible that Mr Trump could be re-elected in 2020, should he wish to pursue this. Of course, when it comes to voting for the next President, it will be in the hands of the American citizens. As we always like to say: “never say never!”