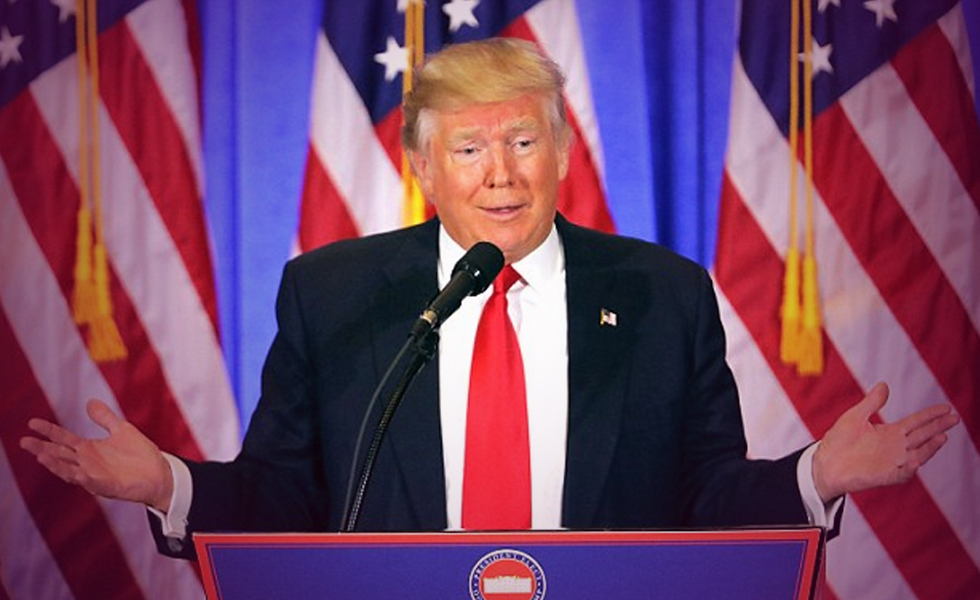 Are Donald Trump’s loose lips being used against him?

Are Donald Trump’s loose lips being used against him?

Mr Trump’s executive order has banned citizens from seven Muslim-majority countries and now his words are being used against him in a court battle. Washington and Minnesota states are suing Mr Trump citing his rhetoric as evidence, as well as using comments made by his associates. Both states say that the president acted in bad faith and they have the right to examine his true motives. Evidence going back to December 2015 has been submitted pulling apart and dissecting interviews and speeches they believe were aimed at harming a particular group.

Government lawyers want Mr Trump’s rhetoric to be treated as inadmissible and irrelevant. In their brief, they say that the two states are asking the courts, ‘to take the extraordinary step of second-guessing a formal national security judgment made by the President himself pursuant to broad grants of statutory authority.’ Trump’s administration states that the recent Executive Order was neutral with no desire to harm a particular group. Mr Trump said, ‘If we want to remain a free and open society, then we have to control our borders. The admission of refugees is neutral on nationality or religion, and is not based on hostility toward Muslims but on a congressional determination of countries that are hotbeds of terrorism.’

In the Obama administration, 26 states successfully sued Mr Obama’s attempt to protect millions of illegal immigrants from deportation in 2015. Evidence at the time included using Mr Obama’s words of frustration against him.

‘I just took an action to change the law.’

The US district court and the 5th US Circuit of Court Appeals used these and other words against Mr Obama when they ruled against him.

Nobody said being President was easy!

Let’s look at some cards. Mr Trump drew the Judgment card, the Six of Swords and the Chariot.

Judgment
This represents Mr Trump’s attitude and it’s not always a pretty sight. This card says that Trump’s words and past actions must be evaluated irrespective of how he is caught up in the affairs of the world, as President. Finding a legal loophole in order to say what he wants is not an option for Mr Trump.

The Six of Swords
This represents the countries affected by the Executive Order. I feel that positive change will come sooner rather than later. There is a sense of liberation in this card and a wider perspective in a world of limited thoughts.

The Chariot
This represents the Trump administration. This card reveals triumph and control throughout challenging circumstances. There is no room here for emotion, just single minded focus on the desired outcome.

Today’s cards say that Mr Trump’s words are being used against him and this will continue in the future. Whilst I feel that he will consider that it goes with the territory, there is a sense that he will be a little more discriminatory in what he says moving forward. Probably not too much, but it’s a start!