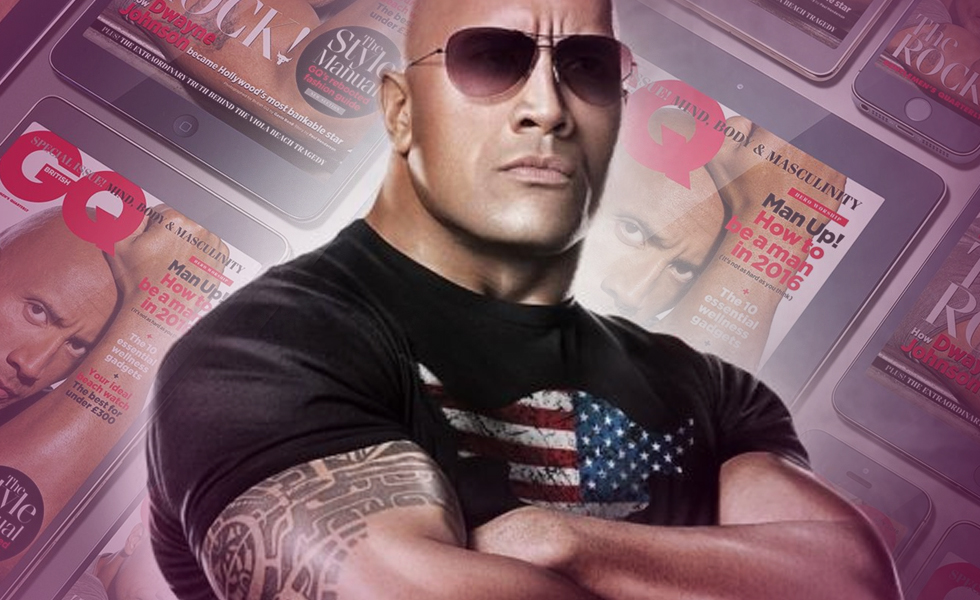 The campaign slogans practically write themselves. Is Dwayne Johnson ready to “rock” the White House? Lol!

The “Baywatch” actor has mulled over a run for office for the last couple of years and given that the Oval office is now occupied by a man, gee how do we put this nicely, with an unconventional political resume, it doesn’t seem as far-fetched. Speaking with GQ about his political ambitions and all around nice guy charm, Johnson calls a run for presidency “a real possibility.” “A year ago, it started coming up more and more,” he said. “There was a real sense of earnestness, which made me go home and think, ‘Let me really rethink my answer and make sure I am giving an answer that is truthful and also respectful.” As a registered independent, Johnson has expressed support for both Republican and Democratic candidates in the past, but refused to publicly endorse either Donald Trump or Hillary Clinton in the 2016 election. According to Johnson, both candidates tried to court him for support, but instead he stayed silent to let “Americans make up their own minds.” Which they did.

Besides his unwavering support for the troops, it’s unclear exactly what kind of president Johnson would be in terms of political priorities, but he did express disdain for Trump’s travel ban without hesitation in the interview. “I completely disagree with it,” the actor said. “I believe in our national security to the core, but I don’t believe in a ‘ban’ that bans immigrants. I believe in inclusion. Our country was built on that, and it continues to be made strong by that. And the decision felt like a snap judgment.” Another way he would differentiate himself from Trump is by welcoming the opposition, instead of stifling it. When asked about how the president is doing, Johnson didn’t outright criticize Trump, but he did place an emphasis on bringing his detractors into the fold, if he should wind up in the highest political office. “Personally, I feel that if I were president, poise would be important. Leadership would be important. Taking responsibility for everybody. If I didn’t agree with someone on something, I wouldn’t shut them out. I would actually include them,” he explained. “The first thing we’d do is we’d come and sit down and we’d talk about it.” In an age when it’s cooler to hate things than enjoy them, Johnson has carved out an improbable niche for himself, as someone it’s safe to like. Undeniably, he is likable, and likable is lucrative in his line of work: His films have collectively taken in more than a billion dollars a year worldwide, a fact that has made Johnson, at 45 years old, the highest-paid movie star on earth. This popularity has made people wonder just how far it could take him and what, exactly, he’d like to do with it. In a moment of political ridiculousness, there’s even the suddenly not ridiculous question of whether Dwayne Johnson could actually be headed for Washington one day.

Could Dwayne “The Rock” Johnson Really Have A Shot At Being President?

Absolutely yes! Trump’s election has shown Americans that anything is possible with enough money and power behind you. We have already had one actor as president (Ronald Reagan) and one actor as Governor (Arnold Swartzenager), so how far-fetched would a wrestler turned actor be?

King of Pentacles: Inverted (Upside Down)
This is a man who is successful and likes what money can buy. I believe this is Johnson professional side and since it is inverted means he does not take himself or his possessions so seriously.

The Star: Inverted
This card is showing everything will turn out ok. Being inverted, this may represent a “be careful what you wish for” as in Trump’s case now being President. He has made it very clear he misses his old life and did not think the Presidency would be so hard.

Knight of Cups: Inverted
This card is a romantic dreamer with youthful interest in life which is definitely Johnson lighthearted personality. As the card is inverted, I feel if he does pursue a political career and “go for it” he will take it very seriously. He is nobody’s fool and understands the hard work of success.