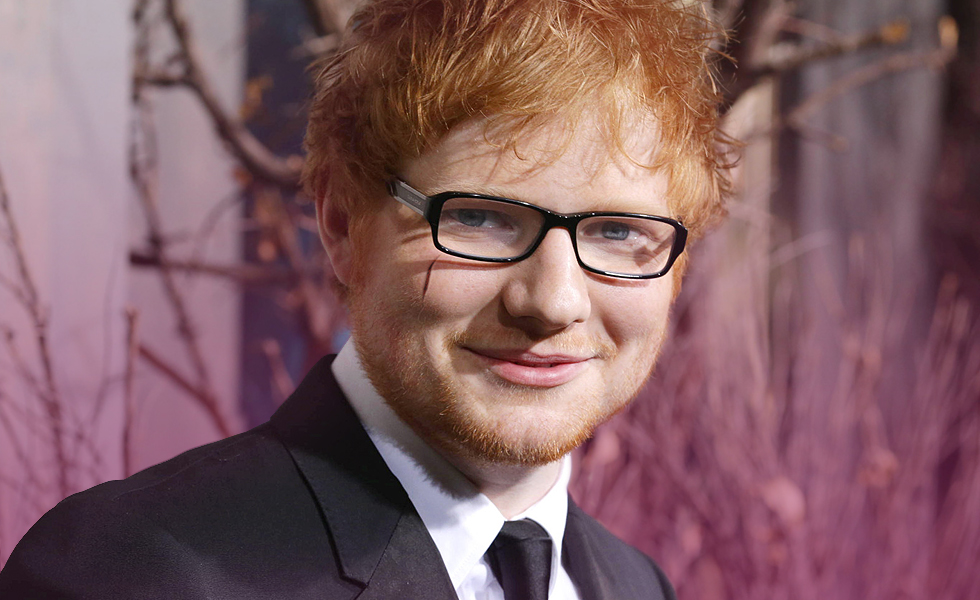 Ed Sheeran has a ‘close shave’ with Princess Beatrice – Ouch!

When you are a Royal there are certain things one must learn to carry out as part of your duties. When you are in line for the throne, one of them would be to knight someone. We all know that this involves someone on their knees and a very sharp sword which the Queen of England handles with great care. However, her granddaughter Princess Beatrice might need a little more practice before she is let loose on future knights. During a party prank, while knighting James Blunt, she accidently sliced Ed Sheeran’s face with the sword. Sadly, the sword wasn’t blunt. It resulted in the Ed Sheeran receiving a right royal scar with stitches after being rushed to the hospital.

To Ed Sheeran
Well Ed, let’s put this down as a practice run for the real thing. I’m sure it’s been a long time since someone has had blood drawn to earn their knighthood, so at this stage, I think you’ve earned it. I must say I do feel sorry for Princess Beatrice, as I’m sure she had no intention of cutting you. She could have been the first royal since Henry the Eight who did a beheading. Luckily as far as we know James Blunt still has his head attached this morning. I’m sure the scar will heal and all will be well.

So Ed, let’s see what your cards have to say after that ‘close shave’

Eight of Wands
This is a card of creative energy. This card is around your work and your imagination and the great potential for another hit. It is an idea card for someone in the music industry as it is about creativity. The Eight of Wands shows that a door is opening which you will enter. This comes as inspiration from an event which you can turn to your advantage. Not in a callous way, but in relating an emotional story for those on a similar path.

The Eight of Coins
This card is related to the one above, it is about moulding something to make it uniquely yours. That final touch that artists have when they polish off something on the last day. 2017 looks like it is a year of new opportunities in the music industry. You are part of something much bigger, a music that will define an era. The potential for Ed Sheeran to be remembered through music for the year 2017 is quite strong.

The Queen of Coins
This card is the passion you need to get where you are today. The Queen of any card is the mother figure. She who nurtures and cares for things to allow them to grow. Just as you have nurtured your singing career over the years. It is by no means finished yet. You are still a young man and the Queen of Coins reminds us there is much to be done. Your voice is a gift which is at its best in a young man. This is the time to plant the seed for the future.

It looks like 2017 will be a year of work. Your career is still growing and you must remain in control of where it is taking you. The new year brings the opportunity to open your artistic mind to a new song with great potential. One which will touch the lives of many people. People remember songs like markers in their lives. A song can bring someone back to a time or place faster than a photograph. The Scars on your face will heal fast, although the memory of the moment may take a little longer. I feel this was as embarrassing for Princes Beatrice as it was for you, but it will be a party piece for years to come. We wish you every success with your future Ed and hopefully the next time you make the headlines it will be less painful.