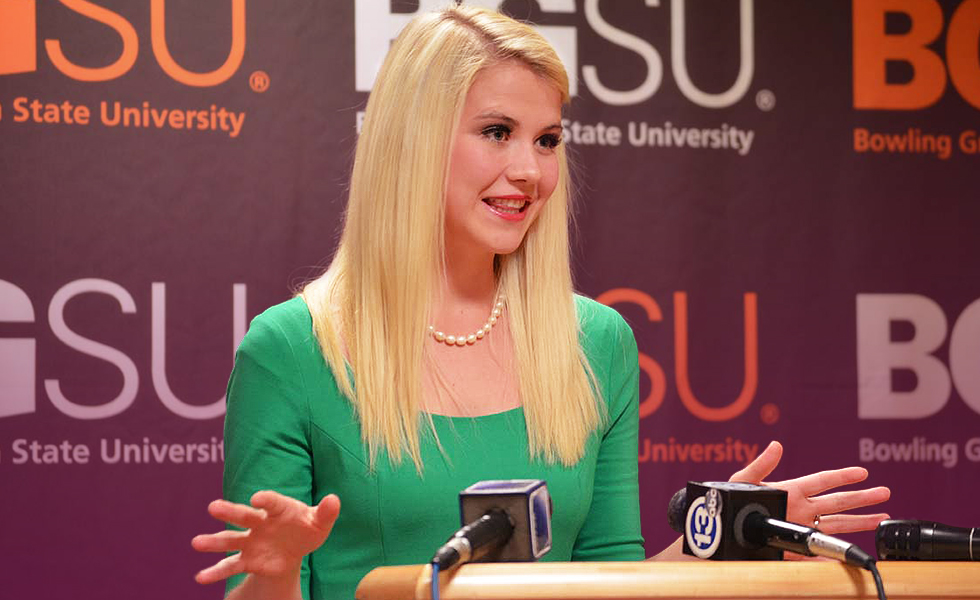 What has Elizabeth Smart abductee got to say about Trump?

Elizabeth Smart has come out against Donald Trump’s remarks that the tapes which were released recently were locker-room banter. Elizabeth was herself abducted in 2002, at the age of 14 years. She was abducted by David Mitchell and his wife Wanda Barzee and held captive and repeatedly raped for 9 months until she was rescued by police. So it’s quite understandable that such remarks would hit hard and deep with her and many Women across the world.


Elizabeth was quoted as saying:
“The worst part about it is listening to people trying to belittle it, just saying. Well, it’s locker room talk. It’s locker-room banter. Anyone belittling sexual violence, sexual abuse, they’re doing a huge disservice to victims of violent crimes, violent abuse. There is no justifying it- ever”
I can only wholeheartedly agree with you, Elizabeth. What you experienced is something which most people would never come back from, and yet you did. Not only did you come back, but you came back to be the light that leads other victims out of the darkness of their experience. Respect for people is one of the main things that keeps society together. When we lose respect for people and their rights, then society as a whole will collapse.

Let’s throw some cards out for you Elizabeth Smart, and see what they are saying for you.


The Queen of Coins
Your journey is the journey of someone who knows their priorities. These priorities could have been a whole lot different if life had not thrown rocks in the road of your life. The Queen of Coins is about someone who has taken those rocks and instead of tripping on them. You have built a bridge to get over them. A bridge not just for you, but for many like you.


The Four of Wands
This is the card of emotional balance. It has taken time for you to reach this level in your life. It didn’t happen overnight. You are now a balanced young lady with a positive head on your shoulders. I’m sure there are still moments of weakness and instability, so it’s important to surround yourself only with people with a respectful and positive outlook.


The Queen of Cups.
This is the outpouring of emotion that you have for fellow victims. Cups are the heart cards of Tarot. The cards of love. This is your mission. It is something that you have learned to so instinctively. During your ordeal, you were alone. Because of this, you are ensuring others know they are not alone. You are strong combined, strong together. So it’s fully understandable that you would be hurt by those comments.


For you Elizabeth.
I feel a strong energy around you. One that was made strong by experience. Yes, it changed your life. But you now have a mission to complete, and it’s a lifelong commitment. This experience has enabled you to appreciate the little things in life. You have many new emotional tools and these are what you have to pass on to other victims. I know your Birthday is coming up soon, but I feel March of 2017 I an important month for you. Be open to wonderful surprises. Stay strong Elizabeth.