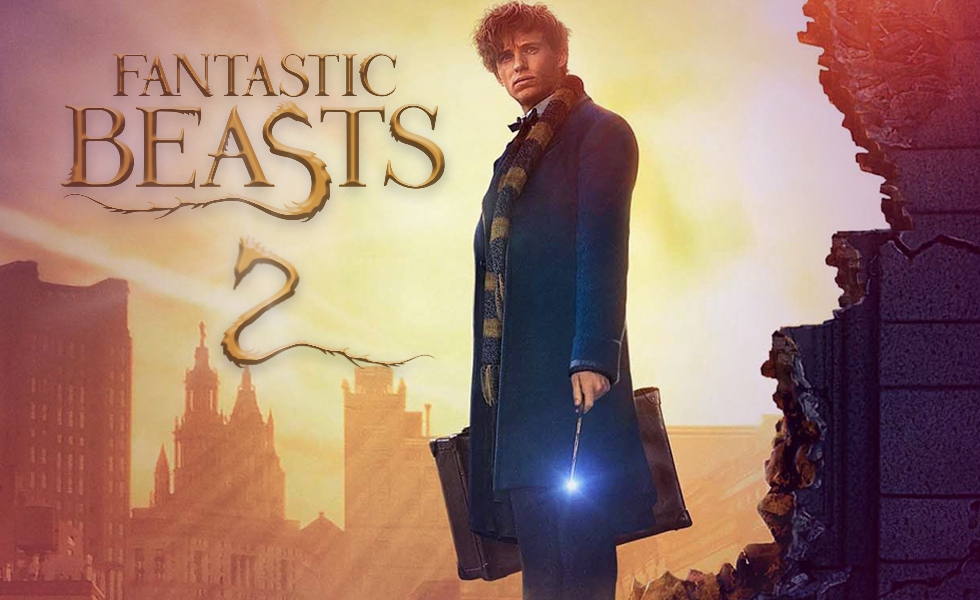 We will finally get to see Dumbledore and Grindelwald together of Harry Potter fame. When we last left the world of “ Fantastic Beasts and Where To Find Them,” the Magical Congress of the United States of America was imprisoning Gellert Grindelwald who’d been lurking around disguised as Percival Graves (Colin Farrell). Next year’s “ Fantastic Beasts ” sequel will pick up months later, after Grindelwald has escaped and begun recruiting Dark Magic disciples. Warner Bros. has finally revealed the plot in conjunction with the start of production. The still-untitled “Harry Potter” spinoff will revolve around a young Dumbledore (Jude Law) recruiting his former student Newt Scamander (Eddie Redmayne) to stop one time BFF/crush Grindelwald (Johnny Depp) from “gathering more followers to his cause and elevating wizards above all non-magical beings.” In a loyalty-testing mission surrounded by “an increasingly dangerous and divided wizarding world,” Newt reunites with Tina (Katherine Waterston), her sister Queenie (Alison Sudol) and the non-magical baker Jacob (Dan Fogler).

Moving the action from New York to Paris, the 1920s-set sequel will also feature Credence Barebone, the brooding teenager played by Ezra Miller, whose fate is unknown. Zoë Kravitz, seen briefly in a photo in “ Fantastic Beasts, ” is joining the cast as Leta Lestrange who had a close relationship with Newt during their time together at Hogwarts. (Her relationship to Bellatrix Lestrange is unclear) Kevin Guthrie is reprising his role as Magical Congress honcho Abernathy. David Yates, who directed “ Fantastic Beasts ” and the final four “Harry Potter” movies, is at the reins again working off a screenplay written by J.K. Rowling. (Yates is slated to helm all five installments in the “Beasts” franchise.) Filming is taking place at Leavesden, the Warner Bros. studio complex outside London where all the “Potter” movies were shot. The first Harry Potter spin-off grossed some $814 million for Warner Bros. last year. David Heyman, Rowling, Steve Kloves and Lionel Wigram are producing the film with the creative team all Oscar winners, so it will be a pretty impressive muggle line-up for this new sequel. It would say it’s time to protect your movie-buying funds from those sneaky Nifflers. The next chapter of “ Fantastic Beasts ” will open in theaters Nov. 16, 2018.

The fascination with the wizarding world that started with the Harry Potter books, still have us hooked. It seems the everyday muggles still hope that magic might still be found in our everyday life! Lol!

Ace of Pentacles: Inverted (Upside Down)
This is a card of wealth and finances. Being pulled inverted, my guess is the studios were not absolutely positive this second round of wizarding stories would go over as well as the Harry Potter franchise but went for it anyway.

Princess of Cups:
This is the energy of youth and the inner child. These wizarding movies are exactly what appeals to the forever child within us that wants to still believe that magic and the mysterious unknown still exists.

Queen of Wands: Inverted
This is a woman who is loving and generous of heart. I believe this card represents J. K. Rowling herself. Pulled inverted, I feel she loves this new wizarding franchise she is writing but her creative heart will always remain with her original Harry Potter books.