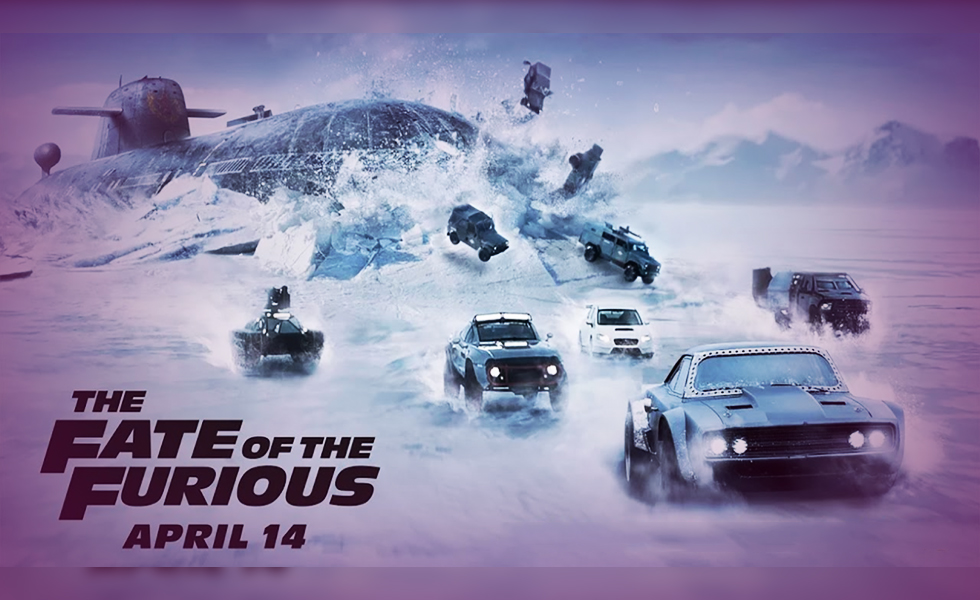 Opening box office figures show the eight installment of the Fast and Furious franchise pulled in an estimated $532.5 million worldwide on it’s opening weekend. Although, thanks in large part to the Chinese market, “The Fate of the Furious” just had the biggest worldwide opening weekend in Hollywood history. Although the official figures aren’t in, “The Fate of the Furious” appears to be on track to best “Star Wars: The Force Awakens,” which currently holds the record at $529 million following its 2015 release. “The Fate of the Furious” raked in $100 million inside the U.S. and $432.3 million aboard. The latter is the most any film has ever made in its international debut weekend. “Jurassic World” held the previous record with $316 million. That international help was needed, as it appears that the eighth movie in the “Fast and the Furious” franchise was not able to pull in domestically anything close to what Furious 7 did in the U.S. during its opening weekend two years ago.

“This is truly a global franchise,” the senior media analyst at ComScore, told Variety. “These movies translate perfectly into any culture. Fast cars, outrageous stunts, that’s the international language for something everybody loves.” There is one note however: When “The Force Awakens” opened, China was not part of the initial release. Considering that the “Furious” franchise pulled in $190 million of its weekend box office in China, the Star Wars franchise might still be the king of the movie kingdom at end game. The movie now has a domestic total of $163 million. What’s even more impressive is what the movie is still doing overseas. Having earned over $900 million globally, “Fate of the Furious” is doing monster business in China, earning close to $400 million in that country alone. “The Fate of The Furious” had them lined up through the North American Cineplex ticket windows again this weekend. The franchise followed-up its record breaking opening weekend with an estimated $38.7 million in its second weekend, according to Variety. Expect the movie to top the box office again next weekend before Marvel’s “Guardians of the Galaxy Vol. 2” hits theaters May 5. We will see if the second installment of the “Guardians of the Galaxy” will break all the records “Fate of the Furious” just set.

Will This Really Be the Final Fast and Furious Movie in Franchise?

Ten of Pentacles: Inverted (Upside Down)
This card represents financial security and family support. Because it is inverted, I feel that if another movie would be considered, not everyone is going to be on board and they do consider the franchise a “family”.

Six of Pentacles: Inverted
This card represents sharing of love and gifts between others. Because it is inverted, I believe that most of the actors and Vin Diesel being the producer, love this franchise and will not do anything to weaken it by putting out “another one”.

Seven of Wands:
This card represents being challenged but making a stand. There may be pressure from the studio to push the envelope and “just go ahead and make one more” attitude but I believe the opposition of making the ninth film will stop any forward movement. To push a successful franchise to its final death does seem to be Hollywood’s MO but I feel there will probably not be another one those involved hold true.