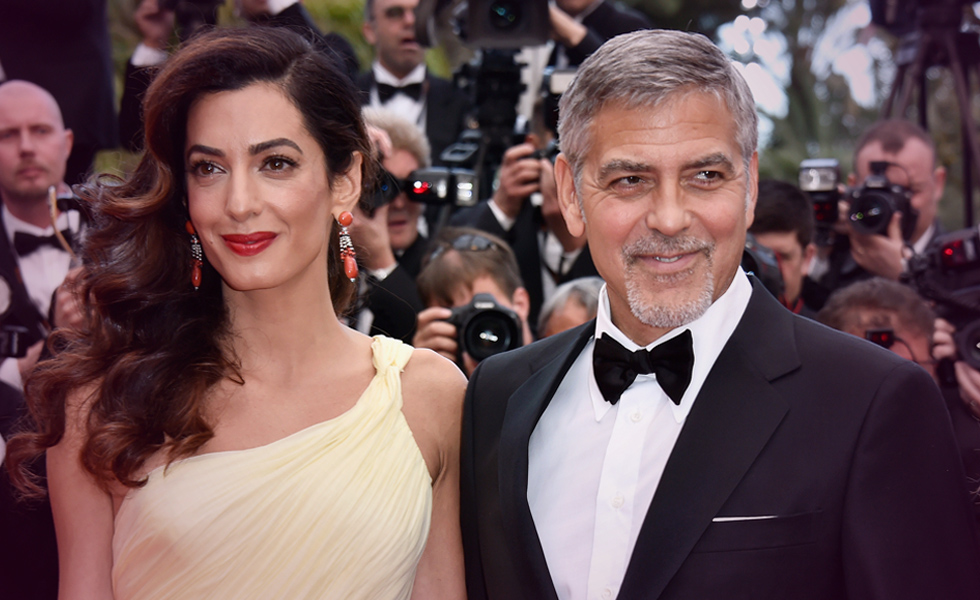 How Fatherhood Has Changed George Clooney

George Clooney is basically a real even keeled guy with a great sense of humor but apparently not when it his comes to his newborn twins. He is definitely a ‘protective’ father based on his outrage and impending lawsuit over unauthorized pictures taken of his newborn twins and wife Amal in his home in Italy. The 56-year-old actor fired back at Voici magazine after the photos were shared online. In response, George fired off a statement to E! News. “Over the last week photographers from Voici magazine scaled our fence, climbed our tree and illegally took pictures of our infants inside our home. Make no mistake—the photographers, the agency and the magazine will be prosecuted to the full extent of the law,” he promised. “The safety of our children demands it.” On the cover of their latest issue, Voici printed photos of the new parents with one-and-a-half month old twins Ella and Alexander at the actor’s Lake Como estate in Italy without the parents’ consent.

Upon hearing the news of the impending lawsuit from Clooney, Voici released the following statement to ET:
“George and Amal Clooney have been very public personalities for the last few years. Their wedding in Venice, in September 2014, was a very mediatic event, the pictures of them smiling to the public were seen all around the world. The birth of their twins, Ella and Alexander, had also been commented a lot, by themselves and their families. The images published in Voici this Friday are a response to a public demand. People love George Clooney and have been following his life story for years now. Those pictures do not put in danger Mr. Clooney, his wife or their kids.”

On the upside of the new fatherhood for Clooney, a source tells ET, “George and Amal are so in love with their kids.” “They are settling in so well and enjoying the time off being at home with their family. Having children has made George even more protective and aware of who he surrounds himself with. He will do everything he can to make sure the children live as normal of a life as possible.” The source also adds that the couple has plans to stay in Como, Italy, until the end of the summer and will then head back to the U.K. No word if they are planning to make a permanent move back to the U.S. George and Amal welcomed their twins on June 6 and the couple has yet to publicly share photos of the little ones.

It is a problem that every parent faces when they are in the public eye and newsworthy, protecting the privacy of their personal life. In the US now, there is actually a new law that was passed protecting children of public figures under a certain age not allowing their pictures taken. Obviously, that law does not exist in Italy.

Nine of Wands:
This is working through a difficult situation. The card pretty much speaks for itself where Clooney’s issue of wanting to protect his newborn twins and having to deal with the publicity that goes with it. He is after all and never has been, publicity shy as his wedding to Amal was a paparazzi’s dream come true.

Queen of Cups:
This is a female energy that is sensitive and very in tune to her surroundings. I believe this card represents Amal and her now being fully aware of the invasion of privacy price that comes with marrying an A lister movie star.

Seven of Cups:
This is having many choices offered and having to make one that will work. I feel since this incident of a photographer invading their personal space, they will make choices on where to reside very carefully from here on.