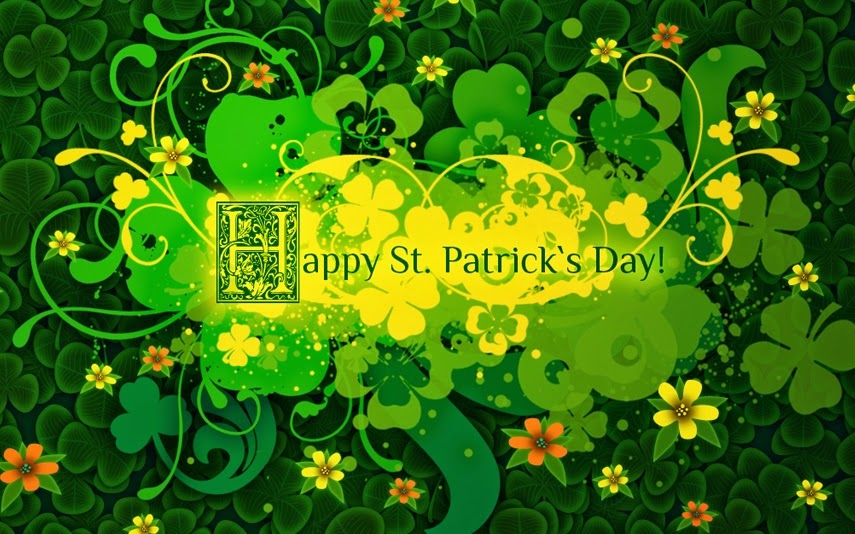 The feast day of St Patrick.

St Patrick is the patron saint of Ireland but his celebration has become an international event. This is in large part due to the number of Irish worldwide bringing their culture with them on their travels and passing it down the generations in the countries they settle in. Today it is one of the largest celebrations in the world. Although he is the patron saint of Ireland not many people know the real man and the fact that he wasn’t actually Irish but Welsh. Although the true dates are not known it is assumed he lived in and around the 5th century.
The story goes that St Patrick was kidnapped and brought to Ireland and sold into slavery. His master was a cruel man who put St Patrick to work tending sheep at Slemish in Country Antrim. St Patrick is said to have escaped to France where he studied Christianity under his Uncle who was a bishop there. One night Patrick had a dream in which the people of Ireland were calling to him to come and save their souls from their pagan ways so he made it his mission to do just that.

On returning to Ireland, St Patrick is said to have gone first to his old master and preached the word of God to him. His Master converted to Christianity as did the many people he met on his way as he ventured around the length and breadth of Ireland. During one of his masses on a hill now known as Croagh Patrick he demonstrated the existence of three gods in one by using the three-leaf shamrock.

The Shamrock and it’s meaning

The shamrock now represents all things Irish. St Patrick was responsible for the Christianization of Ireland and is the reason that the country is known worldwide as a predominantly Christian country. He is said to have baptised many and converted a large number of noble woman, many of whom later became Nuns. His position as a foreigner would only have made his life harder and his refusal to accept gifts in repayment for baptisms and ordinations placed him in opposition with others of his kind. This left him unprotected and on one occasion he was reportedly beaten and robbed of all he possessed and placed in chains.

Because very little was documented about his life and most of what we know today is through tales passed down through the generations, his tales differ a little here and there, but one thing is for sure: On March 17th all around the world, people of all nationalities, religions and skin colours celebrate this man. And while the leprechaun’s have no connection with him, but rather the pagan beliefs of the country where he lived, the Shamrock has survived as a symbol of his life and faith.

Wherever you are in the world today, have an amazing and Happy Saint Patrick’s Day.