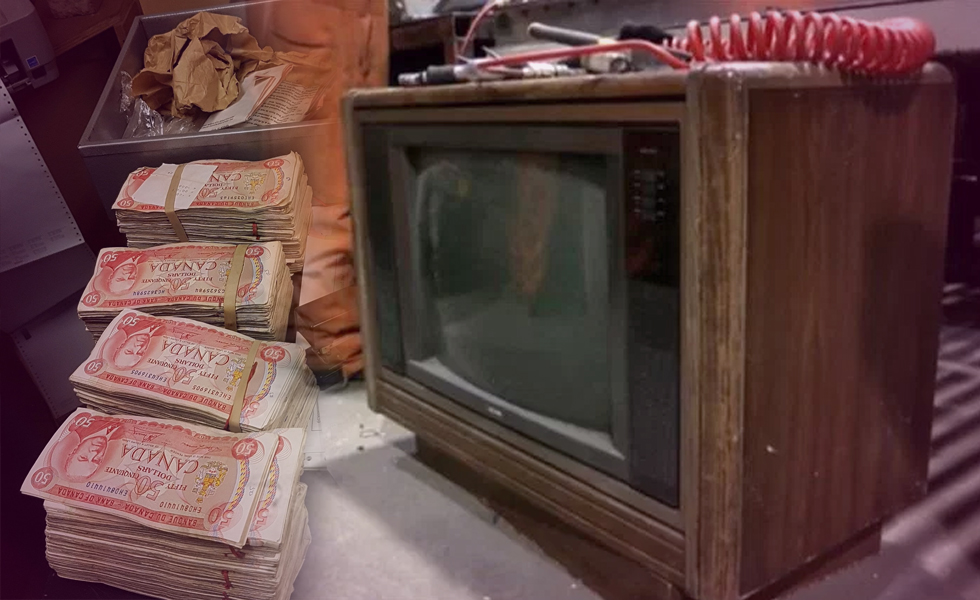 I`m sure everyone remembers those good old days, when they stashed away their treasure. We wanted to find the safest place possible for our money, rocks, toys, and special memorabilia. We hid them in a secret spot, one where nobody would ever find them. The problem was that even we forgot about them later. Sometimes we stumbled upon these relics decades later, but other times they remained hidden.

Has anyone ever put aside $100,000 and then forgot about it? Apparently a now 68-year-old man did. An old TV set was sent to a recycling plant in Canada, which is a normal thing. However, this particular piece turned out to be more special than anyone would have thought. It contained a box full of cash and papers.

Luckily, the general ‘practice’ of ‘finders keepers’ didn`t come into play this time. The worker who found the money decided to hand it over to his manager. “There was like, four stacks of $50 bills, and I knew it was a large amount of money,” Rick Deschamps, manager of the recycling plant said. With the help of the police (and the documents) they managed to find the owner.

Thirty years ago he gave the TV to one of his friends as a present. As it turns out, prior to that he put his money in his safe ‘deposit box’ and then forgot all about it. According to the police, he wanted to use it as inheritance for his family. Well, hopefully it isn`t too late for that. At least there are still honest people on earth, which is a relief.

Let`s ask the cards what`s in store for the elderly gentleman. Hopefully this time he won`t forget where he puts the money. Next time he might not be this lucky…

Seven of Cups:
This card represents a sense of dreaminess. Although dreams are necessary, we also need to know when to come back to reality. In this case, reality seems dreamlike, almost unnatural. It isn`t wishful thinking this time, the money is truly there.

Six of Cups:
These events brought a sense of nostalgia with them. Reminiscing about childhood memories. Although the past is in the past, it never ceases to disappear completely. Even if we forget about it!

Two of Pentacles:
This card brings us back to earth again. Careful management of your time (and money) is essential now. When the initial shock wears off, it`s time to move on and create a plan. It`s always better to have more than one option. Like that, even if you forget about your money, it won`t be $100,000.

Are You Being Given the Best Advice by Your Psychic Reader?