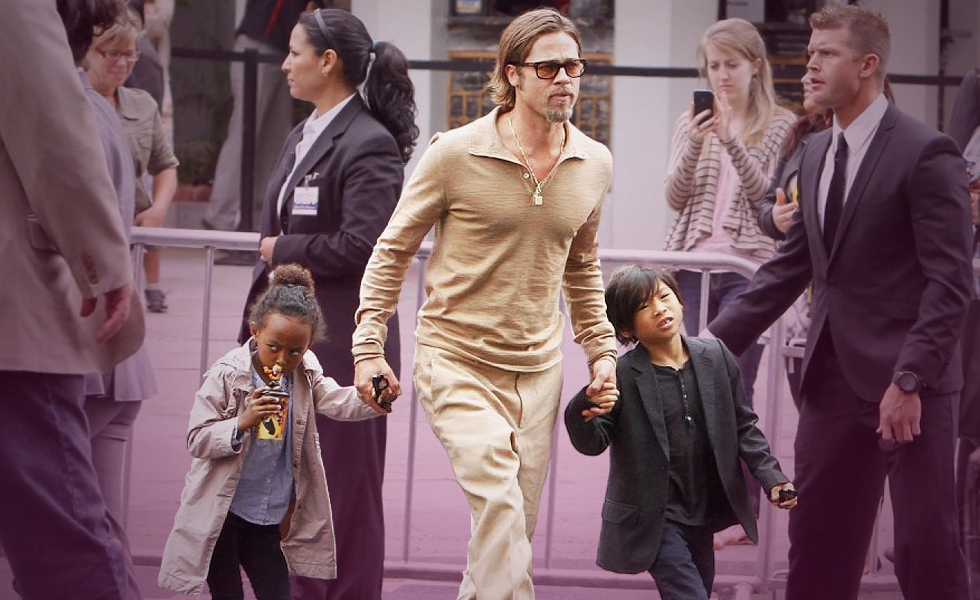 What’s frustrating Brad Pitt the most about his divorce?

Divorce is never easy and it can bring out the worst in both parties, but when children are involved you have to take a step back and consider their take on things. How are your kids going to view your decision, regardless of your best intentions? Brad Pitt is reportedly feeling insulted that he is only allowed supervised visits with his kids. Now I have no doubt that Angelina is a wonderful Mother, and is acting as she believes in her children’s best interest, but let’s take a look once again from the other side of the fence.

They have been together for 12 years, and Brad has been their Father during that time. He hasn’t harmed the children to date, so why would he do so now? How will the children feel, seeing their Father being supervised like a criminal without trial during their visits? This is played out in the public arena. They are watching their Father being accused of being this bad person and for those who are too young yet to see this play out. In a few years, they will be able to access all areas and will judge as adults.

Instinctively as humans we take the mother’s side of the argument. Why? Because she is normally known to be the protector of children. Just as all mothers are not good mothers simply on the basis of their gender. All fathers are not bad fathers simply on the basis of their gender. There are two sides to all stories. An open mind should be kept at all times by the public and the media. Just so as that we do not blacken someone’s character before correct decisions have been made.

What are the cards pointing to in this for you Brad Pitt?

The Eight of Coins as per our last reading around this issue. It shows that you know the value of family. You have expressed your frustration around the helpless ground you find yourself standing on. This isn’t about money, it’s about what you truly value. Wealth is made in the heart, not the pocket. This card talks about the work you have put into your family and the sense of frustration around the lack of recognition of that work now.

The Nine of Wands talks about the energy around this. Both of you are fighting for your corner. Equally in love with your children and equally hurt and angry, which is totally understandable. But step back and look at the bigger picture. Your children have memories, and these cannot be changed. They know the true you, and they will remember this throughout life. As adults, it’s possible they will come to understand all this better but for now, keep the peace in their eyes.

The Three of Cups the desired family. You must remember that you are not losing your family. Whatever the courts decide, your children are your children forever. They will only have one Father. In a short space of time, they will be adults. Then they will be able to discuss all this with an adult mind. Time is a great healer and it brings logic to chaos.

Brad Pitt
Previous ArticleKim Kardashian is terrified after attack – will family support be enough?Next ArticleWhy Tori Spelling Should cut up her credit card?