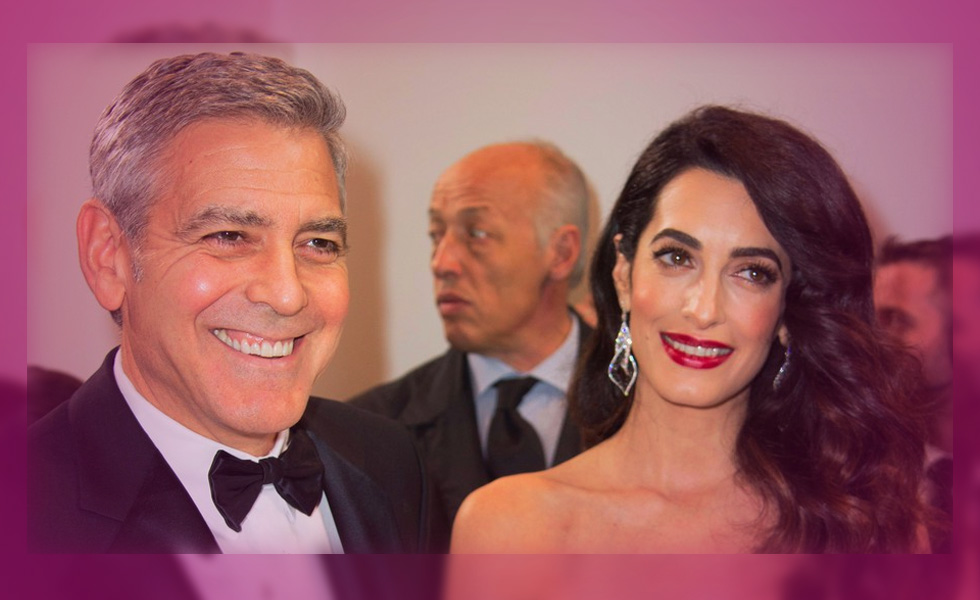 George And Amal Clooney Are Now Parents To Twins!

The Clooney twins have arrived! George and Amal Clooney welcomed twins on Tuesday. The couple released a statement about the birth of their children, telling People: “This morning Amal and George welcomed Ella and Alexander Clooney into their lives. Ella, Alexander and Amal are all healthy, happy and doing fine. George is sedated and should recover in a few days.” News of Amal’s pregnancy was first confirmed in February, but George as well as his famous friends have been open about his and Amal’s journey to parenthood since then. “She is doing really great,” George told Extra of Amal in March. “She is amazing. I don’t have anything to do. There is nothing I can do to help, but make tea and stuff.” “I know swaddling,” he added. “I know what I’m in for.” George and Amal, who have been together since 2013, tied the knot in September 2014 in Venice, Italy. The twins are the first children for the pair. The A-list actor, 55, and the well-known human rights attorney, 39, reportedly plan to raise the children in London, at least until the kids start school.

George’s close pal Matt Damon joked to Ellen DeGeneres, “I don’t know how anybody does twins. Those sleepless nights and then there’s two of them? There’s just no way. But we’ll see what happens.” He later told Us Weekly, “I’ve never had twins, so he’s totally on his own! He’ll be great!” Julia Roberts, who has twins herself, also offered up some words of wisdom. “Nobody is there with you at 3 o’clock in the morning when you’re just going, ‘What do we do now? Where did they come from? And when are they going?!’ You get through it and you figure it out, everybody does, and it’s a trial and error and a whole lot of tears.” The “Good Night, and Good Luck.” actor was a longtime bachelor after his divorce from actress Talia Balsam in 1993, and had repeatedly suggested he never expected to have children. “I don’t see myself ever having kids,” George once told People magazine. “But everything in my life has changed over periods of time, and the world does change.” But then George said shortly after news of the pregnancy broke that he was “excited to be a dad”. Congratulations on the new twins! May the force be with you! Lol!

Wisdom And Meeting The Right Woman Usually Does Change A Bachelor’s Idea of Family!

With Amal being quite a few years younger than George, it seemed inevitable that children would be in the future picture. I believe they knew children were in the game plan right from the start and a given that Amal and George were ready. Women aren’t the only ones with legacy time clocks ticking.

The Lovers: Inverted (Upside Down)
This card is self-explanatory. With the card being inverted, I feel they were both ready to raise the bar on their love for each other and welcome a family.

Two of Cups: Inverted
This card is new relationship. Being pulled inverted it shows how as always, bringing babies into a romantic partnership changes the structure of the relationship into something different.

Ace of Swords:
Inverted
This card is about cutting away what no longer serves you. Since inverted, I feel it shows that both Amal and George are ready to let go of the carefree, jet setting life for more of a domesticated journey together.