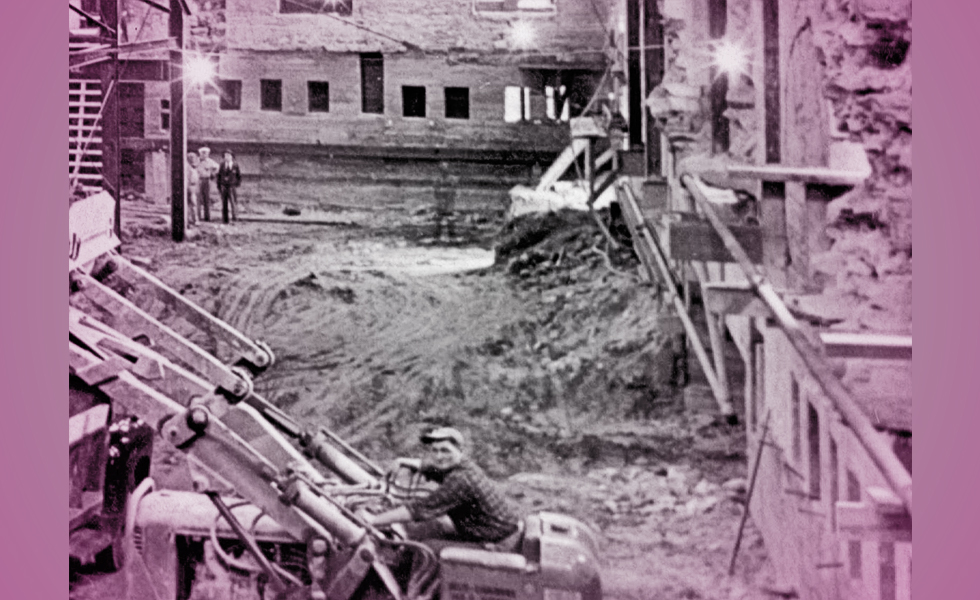 The Ghost of Lincoln Photographed In White House … Or Maybe Not?

Another grainy apparition photo has appeared to be “proof” that Lincoln is haunting the White House. The photo obviously shows something is there from a photo taken in 1950 in the White House basement but does it have to be Lincoln…seriously? These ghost photos in famous places always seem to connect the disembodied, wispy, floating thingy as someone of great importance or celebrity. It has the same feeling when someone has a past life regression and told they were Cleopatra or Caesar in their last life, then meet someone else that was told the same thing. Just how many multiple incarnations does one think the ancient queen of the Nile has going on at the same time. Lol!

Quoting a skeptic after looking at the picture: “It’s funny how it’s never thought to be the ghost of a lesser-known president like Fillmore or Polk.” For generations, visitors and employees at the White House have claimed to have seen Abraham Lincoln’s ghost. There is even a Wikipedia page dedicated to Honest Abe’s apparition. Now, one paranormal researcher believes he has photographic proof of Lincoln’s spirit in the White House. Joshua P. Warren says a 1950 photo taken in the White House basement shows a strange ghost-like figure that he believes is America’s 16th president. “The place where the photo was taken is directly below the Lincoln Bedroom, and since Lincoln is the ghost most reported being seen in the White House, I think it could be Lincoln,” he told The Huffington Post. The photo Warren is referring to was taken by longtime White House photographer Abbie Rowe. It shows a man in a bulldozer in the foreground, and a group of men in the background on the left. In the rear center of the photo is the figure of a man who seems to be transparent.
Warren says the bizarre ghost-like image in the photo wasn’t noticed until 2008 when the photo appeared in “Truman,” David McCullough’s 1992 Pulitzer Prize-winning biography.

Warren may believe that transparent man is the ghost of Lincoln, but other people are more skeptical. In a mini-documentary Warren made about the photo, he interviews various photographers, all of whom suspect the so-called ghost image was most likely caused by a long exposure or double exposure which was common in photography in the 1950’s. Warren disagrees completely with that call. “There is a man down in front of the photo walking down a mound of dirt, Warren said. “You can see by his position that there was only one or two seconds between the time when the shutter was open and when it closed.” Why Warren believes this apparition is Lincoln is due the ghostly figure being slightly taller than an average person, based on how the heads of the men on the left all touch the dark, horizontal streak in the background. He explains it on his website:
“If we assume the three men are of average height, this means the figure is likely taller than average (though we are uncertain about the grade of the ground on this construction site). Lincoln was approximately 6 feet 4 inches so this is also consistent with the possibility we are seeing Lincoln’s apparition.”

I would say that Warren has a good case the apparition may be Lincoln, regardless of the skeptics who say it is a lens issue from the 1950’s. It is not unusual when a soul is yanked out of the living body in violence, it will hang around where their life left off. The White House would make perfect sense if Lincoln would pick a place to hang out for awhile. But then again as the skeptics like to point, it could be a lesser President that just liked the idea of being back in the White House. Lol!

Seven of Swords:
Avoiding an issue or unwilling to address a situation. This is a good card to pull on this story as you have this kind of energy for both the believers and the skeptics,

Judgement:
Imminent change on the horizon. Regardless of whether you are a believer or a skeptic, it has been proven there is something of us that still exists after death. That is accepted by both sides. Sooner or later, that knowledge will move out of the paranormal and be accepted as just part of life and death.

Five of Cups:
Disappointment in a situation and having to let go of the past. I would say this could represent some of the reasons “ghosts’ hang around, not willing to let go or possibly not even aware there is a need to let go. Or just disappointed they did not get enough living the first time around. Another of those unknown answers.

LincolnWhite House
Previous ArticleChanning Tatum Proposal To Jenna Dewan Did Not Go As Well As He PlannedNext ArticleLouise Hay, Founder Of The New Thought Metaphysical Self-Help Movement Dead At 90

What Constitutes a Relationship?