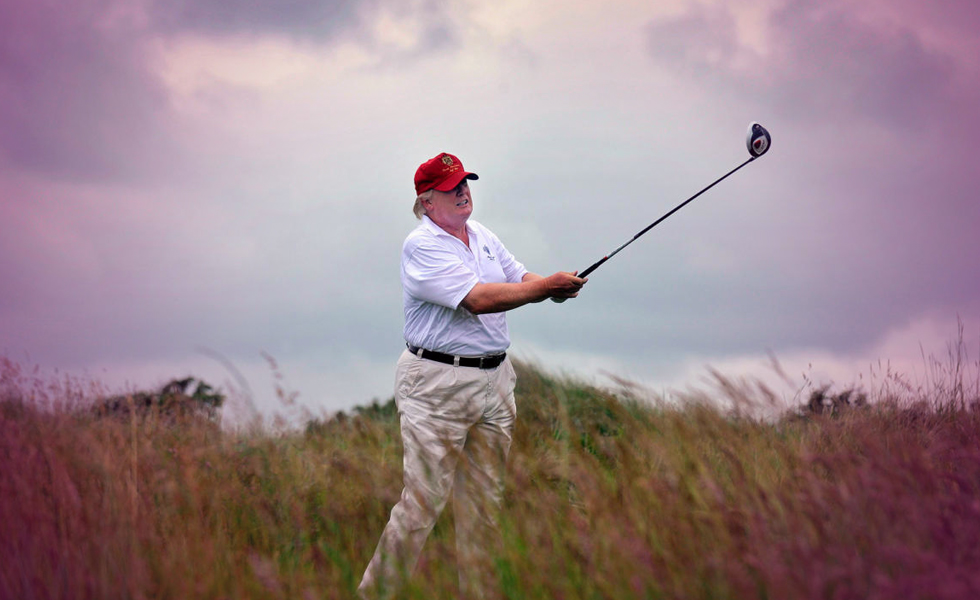 Golf with Trump and its consequences

One innocent game of golf with the President can ruin your life for ever. Well, not the game itself, but the aftermath. More precisely, the fact that you are pals with Donald Trump. Of course, one would say that golf isn’t about one’s political views. It merely is a pastime activity, one that brings joy and peace to those who play. When you choose the President as your partner (or he chooses you), there will be consequences. The innocent game can soon turn into a social media nightmare.

Rory McIlroy has been put into a difficult situation recently, after his golf session with Trump. Probably the time spent golfing was way less than the time that’s spent on having to defend Rory’s views. Especially since angry fans took to Twitter and Facebook, criticizing the famous golfer’s decision. Some even accused him of being “fascist” and “bigot” for ‘engaging’ with Trump. The nasty comments just keep coming in, even a week in. So, is he doomed for the rest of his life, staying forever as the golf partner of the President?

He certainly feels so. One would have expected his return to PGA after two months’ absence to be smoother. His press conference wasn’t entirely about his return. It was overshadowed by his obligation to defend himself. He said: “It’s not as if we were speaking foreign policy out there, we were talking about golf and the grass he was putting on the greens.”

In his defence, he added: “The president of the United States phones you up and wants to play golf with you. I wasn’t going to say no.” He has a point there! So, what does this mean for him? Is he going to be ‘labelled’, or will things get back to normal? Let’s ask the cards:

Two of Pentacles:
Patience and getting one’s priorities right are important here. The message for McIlroy is to stay alert, but not overly distracted by these comments. He has more important things to focus on right now. Like playing golf – without Trump this time.

The Star:
This card represents a realization of one’s dreams. If he can get past the criticism, he has every chance of getting back in the ring. Or on the golf course, in this case. Either way, he has to make sure he keeps working towards achieving those dreams.

Five of Pentacles:
There is a minor loss of reputation here, which brings with it a sense of being unwanted. However, these are just ‘natural’ consequences of what happened. People will always be criticized, especially if they are famous.

Increase Your Spiritual Growth with a Journal

Think You Were Born With a Psychic Gift?