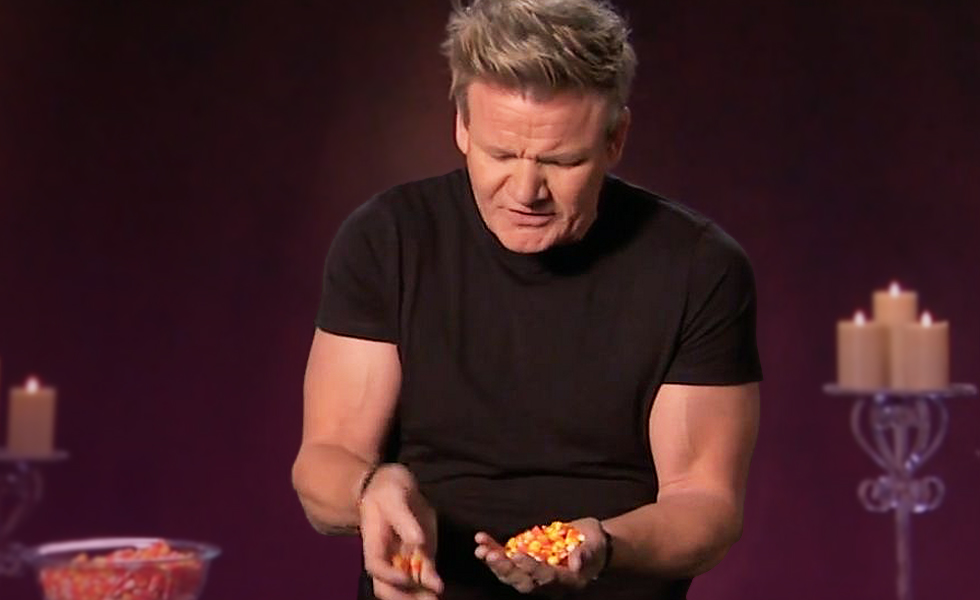 What has Gordon Ramsey got against Halloween?

Celebrity chef Gordon Ramsey has lashed out against the trick or treat menu and for once despite his colourful language, I agree with him. Gordon is Scottish and the Halloween isn’t such a big thing in England. Over there as they have Guy Fawkes night on November 5th. I am Irish and on my island, Halloween is a big event. This is because it was born in Ireland back in the ancient pagan times. It was brought to America by Irish Emigrants over the centuries, along with its trick or treat tradition. Gordon was complaining about the about the candy the kids get when trick and treating. Yes, it’s fun. But it is detrimental to your child’s health. Did you know that up until recently in Ireland where Halloween was born, it wasn’t candy (or sweets as we call them in Ireland) but fruit? Apples, Oranges, Bananas, Grapes, berries and a mix of nuts.

So, I agree with you Gordon on this one. There are many healthier choices to the Halloween party, that will keep your children happy. Apples were featured heavily in the traditional Halloween games. Placing an apple in a basin of water and trying to retrieve it with only your mouth. Or hanging an apple from a string and trying to take a bite out of it, using only your mouth, no hands. The Pumpkin which is so familiar in American homes on this night was once a turnip, hollowed out, with a candle lighting in the windows of the old Irish cottages to ward off evil spirits.
Either way Gordon Ramsey. I’m delighted that someone has taken the brave step of reminding people that sometimes. The old ways are the best. Let’s put the healthy “H” back into Halloween.

Let’s throw out a few cards for you Gordon, Why? Because that’s why I do.

The King of Coins
Well, this card spells you out what we know. A professional man who works hard for a living. You need to be in control of your space. Well, yes that is obvious by your celebrity status, but the character that brought you there is showing strong in the king of Coins. The King is aware of his position and feels obligated to do the best for his kingdom. In your case, it’s the kitchen and the world’s approach to food.

The Strength card
Your personality is known for its strength and a character like that is made through overcoming much and enduring much. The strength that people see in you today was built block by block by these times, and the effort you put in to get you to where you are today. It is the reason that you are confident and committed to what you do.

The Six of Swords
This card shows the battles you are willing to fight for the things that you want. As the previous cards said, you are committed to your craft, as it is your gift to the world. In a time when food instead of nourishing us, is killing us. We need people like you to turn the tables back in favour of healthy.

We can all complain about out past, but if we can look in the mirror and be proud of who we are. Then we should salute it because it made us who we are. It gave us the tools to carry out the mission that we came here for. Getting people to eat healthily is your mission, and you are doing it well. The cards do point to you making a difference, not just in the UK and USA scale, but globally. Keep up the good work Gordon.