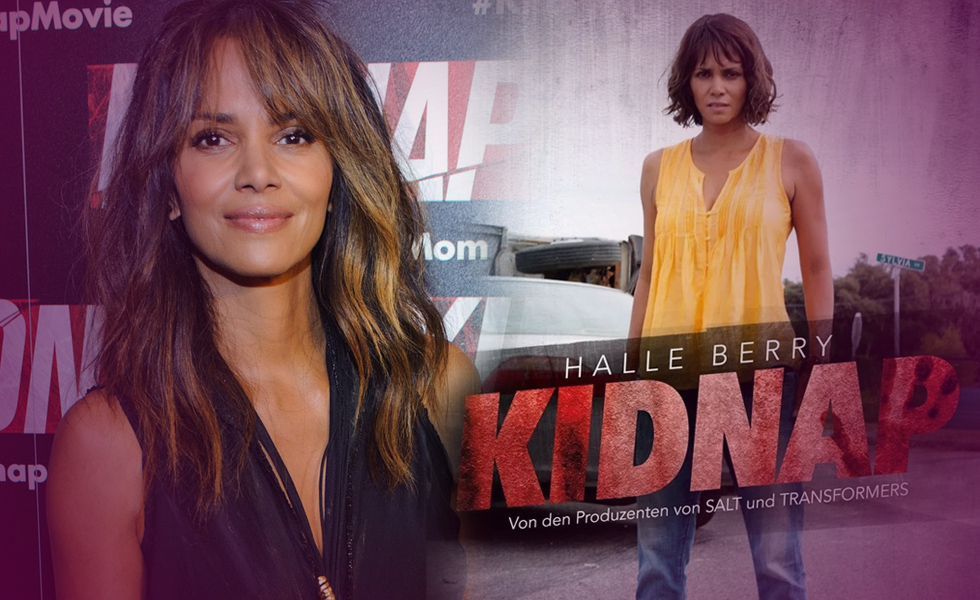 Halle Berry ’s ‘ Kidnap ’ Is Reviewed As Dim-Witted, Shoddy And An Absolute Must-See!

For some reason, Halle Berry stars in yet another junky thriller. According to the reviews, you should make way for the most unprincipled fun you’ll have at a theater this summer. “Kidnap” starring Halle Berry and a minivan, is the latest woman-on-the-hunt thriller. Berry has somehow already made two of these movies: “Perfect Stranger,” in which she tracked down her childhood pal’s killer, and “The Call,” in which she played a 911 operator chasing a child abductor. In “Kidnap,” it’s her own kid who gets taken. Apparently, those damn rednecks responsible have nothing on this blue-collar single mom, who careens across Louisiana freeways with the fury of a dozen Liam Neesons. Why Berry’s résumé is populated with so many movies like this is a little confusing as she is a great actress but hasn’t made a single great film since winning her Oscar in 2002 is a true failure on Hollywood’s part. Her shlock trifecta should be a case study in the treatment of A-list actresses (though Berry is a producer on “Kidnap,” which implies that it got her full dedication). Yet these flicks are so shameless that you almost can’t wish they didn’t exist.

At their best, movies like these are inept and trashy enough to be fantastic experiences, if you give yourself over to their unintentional laughs. “Kidnap” has all of the genre’s hallmarks: shots that abruptly shift to slow-motion, an actress whose face and hair get grimier as the action intensifies, authorities who drag their feet, frenzied crying, one contrived situation after the next. But Berry’s co-star ― a hulking minivan, not often the vehicle of cross-town chases ― sets “Kidnap” apart. It’s just a mama and her big red wagon. The premise’s details don’t actually matter, but Berry plays Karla Dyson, a diner waitress whose 6-year-old son is snatched from a park bench at a fair during broad daylight. She’s on the phone with her lawyer when it happens, yelling because her wealthy ex-husband wants full custody. A quick flash and everything changes. She whips around, eyeing the park’s parameters in search of little Frankie. Her vision blurs. The crowd’s voices meld. There he is, being shoved into a shabby teal Mustang from the ’80s. She’s off, thrusting herself onto the car until it peels away.

Then comes that maroon minivan, surprisingly equipped for a fevered quest, which spans almost all of the film’s 94-minute runtime. The hustle builds toward a roadside confrontation with the backwoods-weirdo abductors (Chris McGinn and Lew Temple, both ineffective as clichéd Southern creepsters). Although they grow more threatening as the action continues, until they out-dumb themselves. And yet, “Kidnap” is as fun as Karla’s speedometer is high. Much of that amusement is involuntary, sure, but there’s something thrilling about seeing a movie that’s so flagrant in its lack of effort. It’s best experienced with a packed audience willing to laugh along. Every now and then, that laughter comes right after you’ve let out the breath you didn’t know you were holding. It’s quick and it doesn’t happen often, but “Kidnap” won’t let you off without making you play along. The little plot that exists is incompetent, the dialogue trite, the action sloppy and uninspired. But you’ll cheer, or someone around you will, when Karla gets a hold of her targets. By the time she yells “you took the wrong kid,” you’ll realize that “Kidnap” has kidnapped you, too.

Okay, This Is One of Those Movies If You Actually Liked It, You Will Never Admit It! LOL!

All kidding aside, Berry deserves a lot better parts than she has been getting of late. It makes you wonder if she picked bad roles or after one or two bad movie reviews, this is all she is getting offered…. or maybe a combination of both.

King of Cups:
This is a man who is successful but secretive about many things. This card could represent possibly her agent or the men she has chosen to become involved with. Either way, I feel she might just give too much of her power away to male energy with bad decisions following.

The Moon:
The card shows creative potential and seeds of new growth. This I believe is a good pull for future projects where Berry’s career is concerned. Better opportunities starting to show up.

Justice:
This is being honest with yourself about a life situation and also sometimes legal issues. I feel that Berry is being realistic about available roles for an actress in her age bracket and she has also faced several legal issues concerning spousal support and child custody in the year or so.

Halle BerryKidnap
Previous ArticleTaylor Swift To Testify Against Radio Host She Says Groped Her At ConcertNext ArticleWho Is The Richest Wizarding Author In The World Again?!