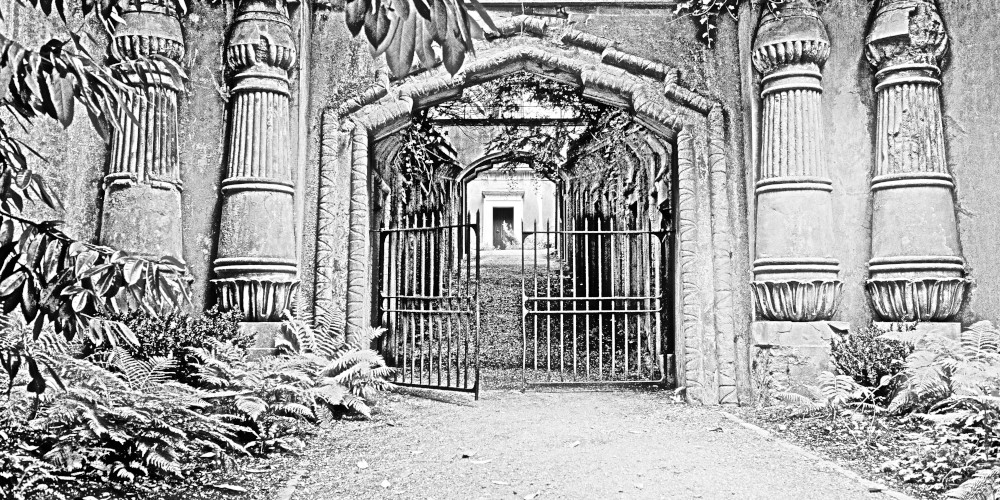 Highgate Cemetery was once considered one of the fanciest cemeteries across England. The burial ground opened its gates in 1839, becoming a coveted resting place among the upper classes in London. The graves, tombs and mausoleums were built in a rich Gothic-Victorian style that added majesty to the place.

Many famous figured found their final resting place within the limits of Highgate Cemetery, such as Karl Marx, Michael Faraday or Henry Moore. However, it didn’t take long for the cemetery to stop being a select resting place and become overcrowded, and during the days of the World War II, Londoners stopped having the resources to build and care for such fine pieces of mortuary ornamentation and the burial place was left abandoned.

As a curiosity and before getting into the spooky part of the story, it’s worth saying that even though the maintenance of the burial ground was neglected, nature took over and today, Highgate Cemetery is considered a natural park and is a part of the Register Of Historic Park And Gardens.

But you’re not here for that, are you? Let’s get into the saucy details about the alleged haunting of Highgate Cemetery.

The most famous haunting of Highgate Cemetery is without a shadow of doubt, the Vampire of Highgate Cemetery. In the Christmas Eve of 1969, a man by the name of David Farrant state that he had encountered what looked like the gray-ish spectrum of a man walking among the graves. The story couldn’t be confirmed, but his declarations got the attention of the lovers of the paranormal and it didn’t take long until other claims of ghost sightings made their way to the public.

At one point, another man by the name of Sean Manchester supported Farrant’s claim, adding that he had also met said spectrum and that taking into account the story of the cemetery and its famous burial, the spirit in question belonged to a wallachian nobleman who had lived during the middle ages and had been transported to England in a vampire-proof coffin.

At this point, the story seems plain absurd, but it didn’t end there.

As the rumours about the “vampire” expanded, the story caught the attention of a group of Satanists during the early 1970’s, who had no better idea than to try and seek the burial site of the supposed nosferatu, and focus all of their efforts into summoning the creature. Now, it is not clear what is what they awoke, if anything, but from that point on, the sightings of the gray spectrum increased exponentially, giving said apparition the title of The Vampire Of Highgate.

Besides, several witnesses have claimed to have encountered the ghost of an old lady who appears to display some sort of intelligent behaviour beyond a mere immanence and is frequently seen even today.

What do you think about this haunting? I must admit that the story sounds sort of insane, but being one of the most famous hauntings in the world, I couldn’t let go of the chance to write about it!

Have you ever been in Highgate Cemetery yourself? Would you? Let me know your thoughts in the comments!